Explosion and Fire on the USS Stennis...

I don't know anything beyond this news report.  The bare facts: 10 sailors on the USS Stennis (off the coast of San Diego) were injured when an F/A-18C fighter's engine exploded and burned on the flight deck.  None of the injuries are life-threatening.  Two of the sailors are in the hospital in San Diego.

When I was in the Navy, over thirty years ago, a fire at sea was my personal nightmare scenario.  This could have been much, much worse – and when the full story comes out, I won't be a bit surprised to find that a combination of pure luck and skilled damage control is why it wasn't.

These sailors will be in my thoughts today.  If any of my readers have any further news or details, please leave them in comments here...
Posted by Unknown at (permalink) 5:21 AM No comments: 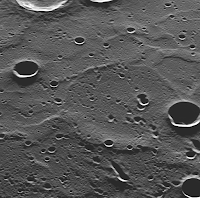 Go, MESSENGER, go!
Posted by Unknown at (permalink) 5:15 AM No comments:

Via Ricochet, this jaw-dropper:


A Hamas official quoted by the International Crisis Group, or ICG, said the move violated the "reasonable rules of the game: that when Palestinian projectiles hit open space ... Israel aims at open space in response."

Some lefty sites are already lauding the “reasonableness” of this approach, and are asking Israel to get on board.

By that reasoning (if that's the right term!), if some guy broke into my house and attacked my wife, I wouldn't shoot him with my semi-automatic shotgun, and I certainly wouldn't use all seven shells to make certain he was dead.

I hereby serve notice on any potential attackers of this house: I do not buy the “reasonableness” of Hamas' argument.  In my home, disproportionate response is a feature, not a bug.

Translation: if you attack us, you'll likely die quickly, and in a somewhat messy fashion.  I think that's roughly what Israel is saying, too...
Posted by Unknown at (permalink) 5:10 AM 1 comment: