How I spent my afternoon... 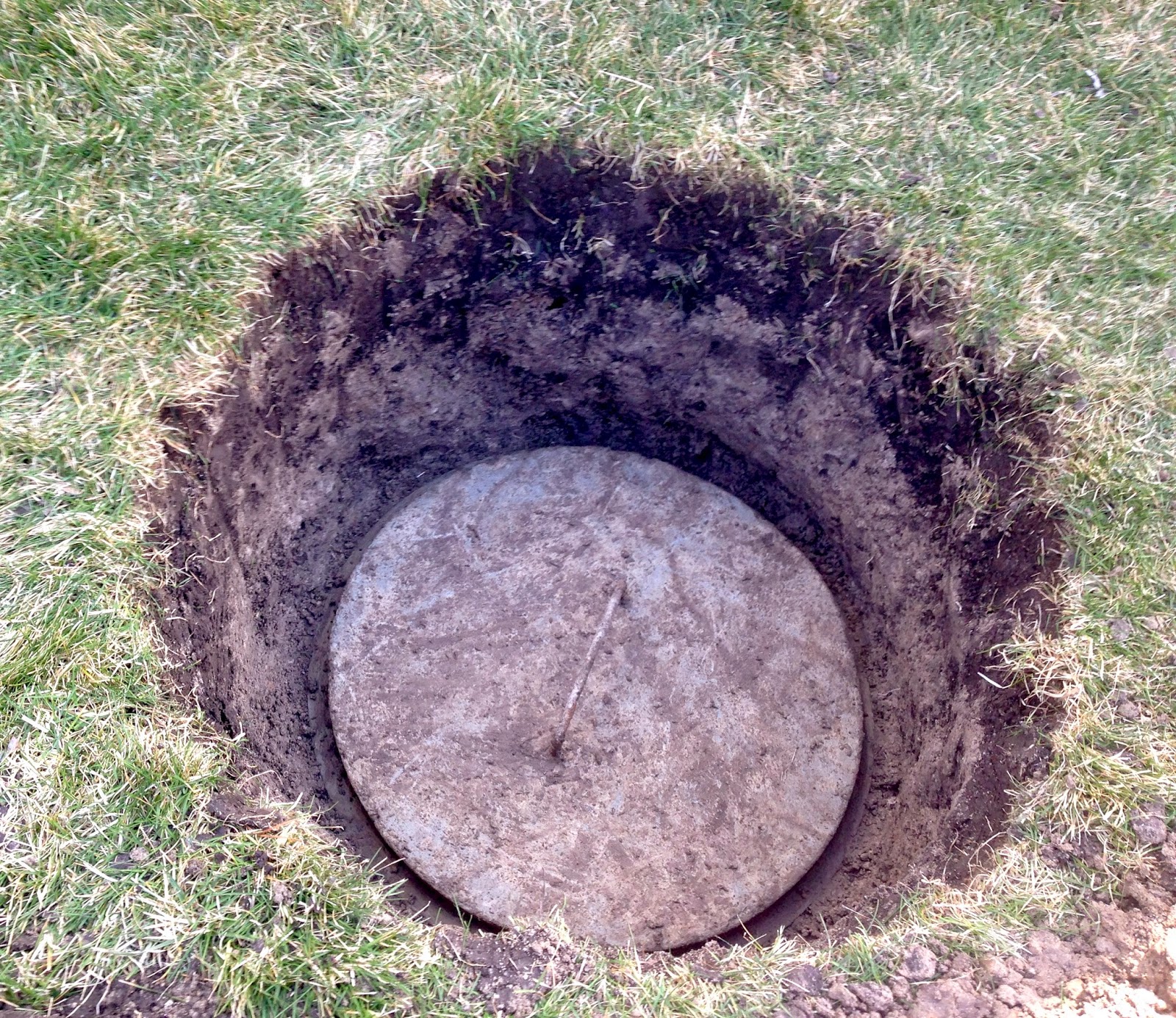 How I spent my afternoon...  Well, part of it, anyway.

It all began when I learned that the house we were buying was on a septic tank system (we're far enough out in the boonies that there is no city water or sewage).  I asked the seller when it had last been cleaned out, and he had no idea what I was talking about.  He'd lived here for 15 years, and didn't know that septic tanks needed to be cleaned out once in a while.  Oh, my.

It's a big septic tank – 1,000 gallons – and there were just the couple and the wife's mother living here.  Still ... 15 years is a long time.  Furthermore, the septic tank wasn't cleaned when he bought the place – so it's entirely possible that the septic tank has never been cleaned (the house was built in 1992).  So I figured that I better get that taken care of, sooner rather than later – before something really awful happened :)

So I made a call to a local fellow who pumps septic tanks, and I discovered that here, unlike in San Diego, the tank pumpers don't normally dig out the tank's lid.  That little problem was mine, all mine.

Now a real manly man, the kind with actual muscles and such, might well see this as a trivial digging problem.  Me?  Not trivial at all.  Doable, but it's not the kind of thing I do very often.  Dang.

So I found the septic system inspection map (the county health department made me a copy of it for free), and measured out where the septic tank's lid was supposed to be.  I knew it might be as much as two feet under, but that's really all I knew.  I wasn't sure the map was all that accurate, either, so I wouldn't have been surprised if the lid was several feet away from where the map said it was – which would, of course, mean much more digging.

I dug.  Down I went, through about 6 inches of beautiful black loam, very easy to dig in.  Then I hit something else altogether – a layer of gray clay, wet and dense, with the consistency of a flour and glue mixture.  That wasn't quite so easy to dig through!

Now my arms are burning from the exertion, and after sitting for 15 minutes, I've caught my breath again.  That was probably good for me (or at least, people will tell me that), but it sure doesn't feel like it right now :)
Posted by Unknown at (permalink) 2:52 PM 1 comment:

I'm with Norman Podhoretz on this one...

I'm with Norman Podhoretz on this one...  I have zero sympathy for the Palestinians...
Posted by Unknown at (permalink) 7:13 AM No comments:

I'm not sure which is stranger...

I'm not sure which is stranger...  The results of this study are very odd indeed, and interesting in an eccentric sort of way.  However, it may be stranger still that anyone decided to investigate this in the first place!
Posted by Unknown at (permalink) 7:11 AM No comments:

Another classy response ... from the team at Tesla.  If I were ever to buy an electric car, it would be one of theirs...
Posted by Unknown at (permalink) 7:10 AM No comments:

The day of reckoning approaches...

The day of reckoning approaches ...  for Lois Lerner and the rest of the IRS involved in targeting conservative non-profits.  And now it looks like a Democratic congresscritter may also have been involved.  Color me unsurprised...

Rope.
Tree.
Bureaucrats.
Some assembly required.
Posted by Unknown at (permalink) 7:08 AM No comments:

Mark Steyn has been on a roll in his writings now for several weeks.  I've never met him, and certainly I have no inside knowledge of him – but to this outsider looking in, it certainly appears that Mann v. Steyn has energized him in a way we haven't seen for years...
Posted by Unknown at (permalink) 7:05 AM No comments:

Quote of the day...  The inimitable Mark Steyn:


All that was required of President Lawrence & Co was that they not be total craven, jelly-spined squishes who fold like a cheap Bedouin tent at the first hint of pressure.

Do read the whole lovely thing...
Posted by Unknown at (permalink) 6:53 AM No comments: