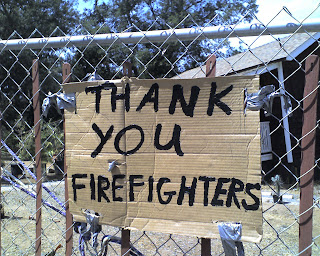 A neighbor with police connections got some more information about the perpetrator. The word is that the driver of the truck was a young, blond woman – very drunk. She was arrested at the scene and taken away in handcuffs.

But everything is fine – nobody was hurt by the fire, and no buildings were burned.

The sign at right went up as the firefighters were working, at a home just west of the fire (which was at the intersection of Lawson Valley Road and Sloane Canyon Road). This homeowner's feelings are shared by everyone in the area – because the firefighters were Johnny-on-the-spot, present very quickly, in force and with plenty of equipment.

This fire started about two miles from our home, right along the road we drive several times a day. The cause of the fire was downed high-voltage power wires, brought down by a vehicle striking a utility pole (the replacement pole is in a photo below). This occurred at around 2:30 pm yesterday afternoon.

I talked with two people who live in the area; they both said that the pole was struck by a drunk male driver in a large white Ford pickup. They had no idea whether the driver was injured, or who he was.

One result of the pole being struck was that a number of homes in the immediate area lost power right away. A short time later, a much larger number of people lost power – because SDG&E had to shut off the power to the area to allow the firefighters to spray water on the flames (this would be dangerous for the firefighters if the power were still on).

East County Magazine has a short report about the fire:

A brush fire in Jamul has caused a power outage in the vicinity. The fire, caused by a traffic accident, has been contained at ¾ an acre, CAL-FIRE spokesperson Roxanne Provaznik reports.

SDG&E is on the scene working to repair downed power lines and restore power to area residents. Nine engines, three fire crews, a bulldozer, two water tenders, two helicopters, and two air tankers battled the fire, with 75 firefighters dispatched. The fire burned along both sides of Lawson Valley Road and Sloane Canyon Road. Firefighters will remain on the scene for several hours due to heavy fuels along the creekbed location.

That's a substantial firefighting response for such a small blaze.

We were very lucky on two counts: first, that there was almost no wind yesterday (so the fire spread very slowly); second, that there were no other major fires yesterday (so almost unlimited firefighting resources were available).

Yesterday was very hot, as all my local readers will know. It was 106°F in Lawson Valley at the time we lost power. Those of us with no emergency generators were without either air conditioning or fans until 1:30 am this morning, when the SDG&E teams finished their repair work.

It was just plain miserable.

But it was just as wonderful when the power finally came back on, and our fans blew that lovely cool chaparral air over us – and we could take a shower!

I took the photos below at the scene this morning. Click to enlarge any of them. Two of them are marked up with red lines to show the rough area of the fire. 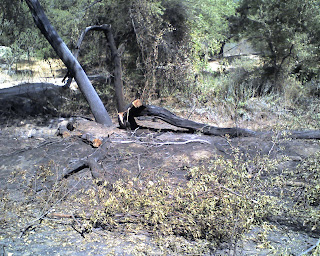 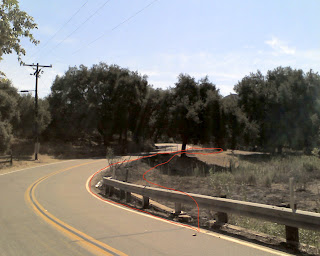 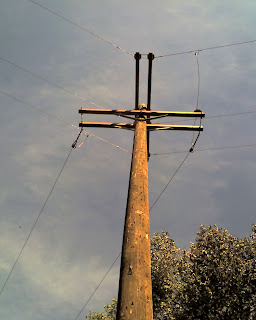 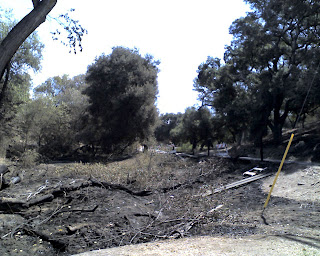 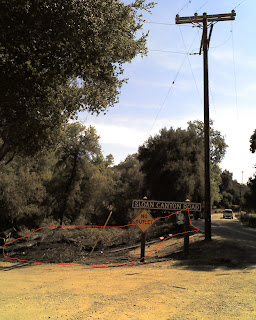 You can't make an omelet without breaking chicks, right? I don't know how many lives the senator changed – he certainly changed Mary Jo's – but you're struck less by the precise arithmetic than by the basic equation: How many changed lives justify leaving a human being struggling for breath for up to five hours pressed up against the window in a small, shrinking air pocket in Teddy's Oldsmobile? If the senator had managed to change the lives of even more Americans, would it have been OK to leave a couple more broads down there? Hey, why not? At the Huffington Post, Melissa Lafsky mused on what Mary Jo "would have thought about arguably being a catalyst for the most successful Senate career in history … Who knows – maybe she'd feel it was worth it." What true-believing liberal lass wouldn't be honored to be dispatched by that death panel?

Posted by Unknown at (permalink) 10:09 AM No comments:

Botany Photo of the Day... 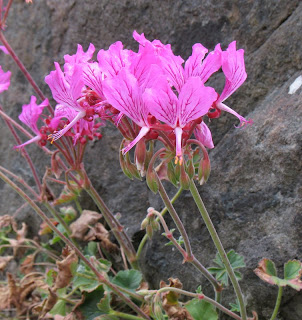 Every day, I get a link to a photo like this sent to me in an email. For free.

If you're interested in things botanical, or things beautiful, then signing up for this is a no-brainer. Do it here, do it now. Just put your email address in the upper-right corner.
Posted by Unknown at (permalink) 10:04 AM 1 comment: