Via my mom, and attributed to the Maxine cartoon strip:


So you're a sick senior citizen and the government says there is no nursing home available for you, what do you do?

Our plan gives anyone 65 years or older a gun and 4 bullets. You are allowed to shoot four Senators or Representatives.

Of course, this means you will be sent to prison where you will get three meals a day, a roof over your head, central heating, air conditioning and all the health care you need! Need new teeth?
No problem. Need glasses? That’s great. Need a new hip, knees, kidney, lungs or heart? They’re all covered. And, as an added bonus, your kids can come and visit you as often as they do now.

And who will be paying for all of this? It’s the same government that just told you that you they cannot afford for you to go into a home.

Plus, because you are a prisoner, you don't have to pay any income taxes anymore.

Is this a great country or what?

Try this little arithmetic puzzle – it will reveal your favorite movie of all time.  I tried it, and to my absolute amazement, it really works!  Via reader Simi L.:


DO NOT cheat and scroll down to the movies . Do YOUR math, THEN compare the results to the list of movies at the bottom.

5. Your total will be a two digit number. Add the first and second digits together to find your favorite movie ( of all time ) in the list of 17 movies below: 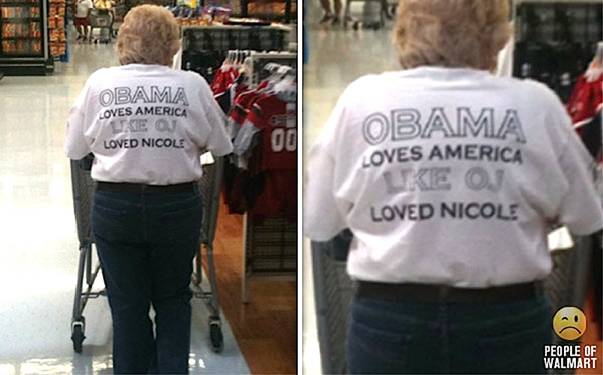 Posted by Unknown at (permalink) 7:16 AM No comments:

A great short article on this bizarre chapter of American History...
Posted by Unknown at (permalink) 7:15 AM No comments:

Saturn, Titan, and the Rings... 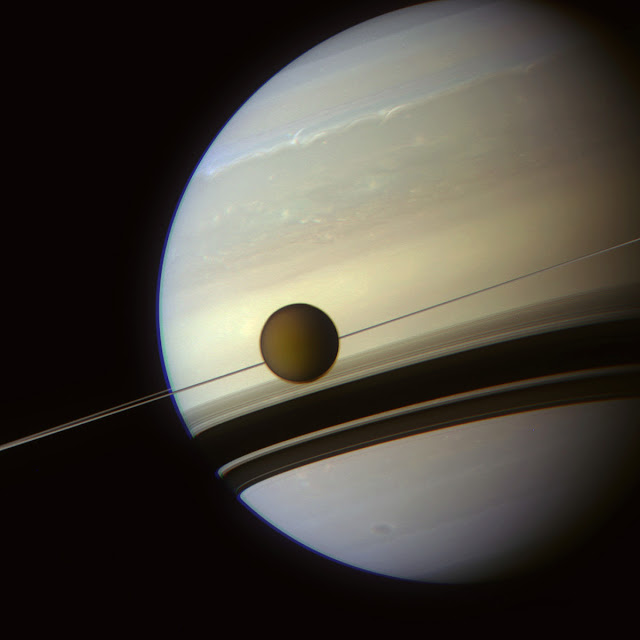 Over the past year or so, more and more scientists are speculating that all dinosaurs had feathers, not just the few that evolved into today's birds.  I'm old enough to have grown up with the “scientific consensus” that the cold-blooded dinosaurs had all gone extinct, with only fossils remaining.  Then came the revelations of the last ten years or so that (a) dinosaurs were actually warm-blooded, and (b) that some dinosaurs had evolved into today's birds.  That was shocking enough!  Now the new “scientific consensus” is edging toward the notion that all dinosaurs had features – a kind of fuzzy thermal coat, much like mammalian fur.  If this is correct, then really the reign of the dinosaurs isn't much different (in evolutionary historical terms) then the much later reign of large mammals (saber-tooth tigers, mammoths, giant beavers, etc.) – the ones we know as fossils were the branches of the family that didn't survive, and the ones we know as birds were the branches that did...
Posted by Unknown at (permalink) 7:06 AM No comments:

Way back in 1962, the FLIP ship first set sail.  I first learned about it from a science newsletter in my school's library in that same year, then later read about it in National Geographic magazine.  I've followed news about it with interest ever since.  This year marks its 50th year of operation.

In the early '70s, when I was in the U.S. Navy and stationed in Long Beach, California, I found out that the FLIP ship was based out of Scripps Institute of Oceanography in San Diego – just a short drive down the coast.  I called and discovered that it was in port, and I was able to arrange a visit through a friendly research assistant (the fellow my call was routed to).  I spent an interesting afternoon going through the ship.  After being used to the USS Long Beach (the nuclear powered cruiser that I was stationed on), the FLIP ship looked positively tiny to my eyes!

These days, the FLIP ship has its own home page on the web.  I also found this short news story on it, with a video of the flipping action.
Posted by Unknown at (permalink) 6:56 AM No comments:

Guess Who Was President of the Slide Rule Club?

My junior high school (in central New Jersey) had a slide rule club, and I was a member.  As I recall, the other members tolerated me mainly because I knew how to use the log-log scales, which mystified just about everyone else.  I certainly wasn't elected to any exalted position in the club!  But this fellow was: Michael Bloomberg.  Yes, that Michael Bloomberg...
Posted by Unknown at (permalink) 6:39 AM No comments:

How Unoriginal Mediocrity Is Done...

Rachel Lucas, at your service...
Posted by Unknown at (permalink) 6:35 AM No comments:

The short documentary-style ad below gives a fascinating look into a modern manufacturing facility that makes extensive use of industrial robots.  The mix of human and robotic workers is typical, though the robots keep advancing into more and more “skilled” areas.  The benefits of this kind of manufacturing are compelling, and well presented here.  They include: precision, low waste, high speed, the synchronization that enables just-in-time manufacturing inventories, (much) lower labor costs, (much) higher “up-time”, and more.  Watch:

Posted by Unknown at (permalink) 6:34 AM No comments: