Tech quote of the day...

Tech quote of the day...  By Craig Trader, the first commenter on Eric S. Raymond's post Does the Heartbleed bug refute Linus' law?:


Open Source is like Democracy — it’s the worst way to build software except for all those others that have been tried.

Awesome.
Posted by Unknown at (permalink) 8:14 AM No comments:

Can anybody figure out what this even means?

Can anybody figure out what this even means?  A tweet from That One yesterday:


President Obama: "We are here today because we know we cannot be complacent. History travels not only forwards, but backwards and sideways."

That's not something I made up – it was tweeted from the White House account.  Click the link to see it for yourself.

No matter how I squint at that, it's still nonsense.  I can't see any way a typo could have caused it.  I think it's really just nonsense!
Posted by Unknown at (permalink) 8:05 AM 1 comment:

Someday, I will once again be proud of my national government...

Someday, I will once again be proud of my national government ... but today is not that day.
Posted by Unknown at (permalink) 7:59 AM No comments:

Greta has some fun...


Greta has some fun ... with a candidate for Congress who really doesn't seem to have much going for him: low IQ, low self awareness, low likeability, low charisma.  My guess would be that he's thrilled by his performance.  I won't be a bit surprised if he is elected :)

Note: this candidate happens to be a Democrat, but I don't think the Republican field is notably different.  There are some standouts on both sides, but they're as scarce as bacon in a mosque...
Posted by Unknown at (permalink) 7:56 AM No comments: 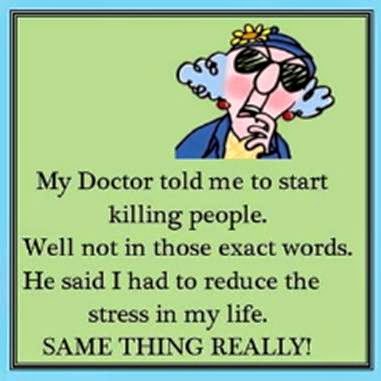 On the “Drop Dropbox” campaign...

On the “Drop Dropbox” campaign...   I'm with Charles Cooke on this one...
Posted by Unknown at (permalink) 7:03 AM No comments:

Web security issue, well handled...  Kudos to Google...
Posted by Unknown at (permalink) 7:01 AM No comments:

An amazing survival story...  I read about this years ago in a book.  For some random reason I recalled it this morning, and within just a few minutes located the story on the web.  The short version:

A passenger aircraft en route from Lima to Pucallpa (both in Peru) on Christmas eve in 1971 was struck by lightning.  The aircraft was flying at 10,000 feet, and it disintegrated in mid-air.  The 93 passengers and crew were all killed – except for one 17 year old girl who suffered no injury other than a broken collarbone.  She fell out of the sky still strapped into her seat, then struck the rainforest canopy below – many miles from any civilization.  Over a week later she found some lumbermen, who cared for her until rescuers arrived.

That young girl was Juliane Koepcke, who is now named Juliane Diller (I presume because she married) and is the librarian of the Bavarian State Zoological Collection in Munich, Germany.  She published an autobiography a few years ago which has been translated into English: When I Fell from the Sky.  I've just purchased it for my Kindle...
Posted by Unknown at (permalink) 6:59 AM No comments:

I'm really not sure what to say about this...

I'm really not sure what to say about this...  But it involves goats and “singing”...
Posted by Unknown at (permalink) 6:42 AM No comments:

Many years ago – in the late '60s – I briefly worked for a company that made electric coffee makers for passenger aircraft.  These were quite innovative at the time because they heated water on demand for brewing (today such systems are the standard, but back then it was bleeding-edge stuff).

One of the design challenges was making sure that no heat (in the form of hot air or water vapor) escaped the wrong parts of the coffee brewing machine.  To analyze this, the company I worked for built a fairly large (14" mirrors) home-made Schlieren flow visualization system, and part of my job was to keep it in alignment.  This was quite a tedious task, as the system wasn't very well built and parts kept moving with respect to each other – the slightest accidental touch of any component could throw the entire gadget out of whack.

When the Schlieren flow visualization system was working, though, it was almost magical.  Our system had a viewing screen under a hood, much like a rear projection camera lucida.  It also had an ordinary film camera for making permanent records.  When I was aligning the system, I'd put a cup of hot water in its field of view, and I never tired of watching the resulting patterns – a bit like watching the water flowing in a fast stream...
Posted by Unknown at (permalink) 6:33 AM No comments:

First time in an automatic car wash...  Yup, that was about my reaction, too – except that I was about 30 at the time...
Posted by Unknown at (permalink) 6:17 AM No comments:

History can be quite inconvenient...

History can be quite inconvenient...  Researchers continually uncover new facts about human history, usually in the form of writings of one sort or another.  Most of the time these are simply interesting, and lead to a more complete understanding of past events.  The further back in history one goes, the more dramatic the revisions tend to be – simply because our knowledge of the past gets murkier the further back we look.

Sometimes, however, these revisions have implications or reverberations in current times.  That's the case with a recently translated Coptic script, which says in part:

The idea of Jesus having a wife is counter to the teachings of every Christian sect that I'm aware of.  It raises the possibility that there exist descendants of Jesus – an uncomfortable thought for most Christians.  It also directly contradicts the Christian orthodoxy that Jesus devoted himself entirely to his mission of inaugurating the Kingdom of God in every element of his life: his teachings, his death, and his resurrection.  A married Jesus isn't compatible with that notion.

There's a lot of debate – both technical and theological – about this script.   The web is full of the back-and-forth about it, and I doubt it will subside anytime soon.  All of which made me wonder what the ancient scribe would have thought if he could somehow have known what a flap his writing caused a dozen centuries later...
Posted by Unknown at (permalink) 6:14 AM No comments:

Potato history...  Did you know that starving Europeans refused to eat potatoes, believing them to be either poisonous or the source of leprosy?  And that the French citizenry was convinced to eat potatoes by a con that leveraged the universally-hated French salt tax?  The most historical fun I've had in weeks :)
Posted by Unknown at (permalink) 5:54 AM No comments:

Quote of the day...  By the editors at NRO, writing about Lois Lerner and the shenanigans at the IRS:


That a not inconsiderable portion of the moral credibility of the United States government now rests in the hands of Eric Holder is not a comforting thought.

Quite.  The way the IRS was used for political purposes in the last election cycle is awful – but even worse is the way the benefiting party is actively blocking the investigation and tolerating this un-American behavior.  Toleration, in this case, is synonymous with encouragement.  The benefiting party in this case is the Democratic party, but I'm not at all sure the behavior would be any different were it the Republicans.  The whole damned system is corrupt, and voters keep voting in more corrupt politicians.

The doom is strong this morning...

Rope (a whole bunch).
Tree (a big forest will do).
Federal elected and appointed officials (almost every one of them).
Some assembly required (actually, quite a bit of assembly)...
Posted by Unknown at (permalink) 5:45 AM No comments:

See that stupid-looking guy?  He probably really is stupid!

Most politicians look pretty stupid to me...
Posted by Unknown at (permalink) 5:28 AM No comments:

Nothing is what it seems to be!


Nothing is what it seems to be!  For some reason I find this particularly creepy...

I think it must be photoshopped – watch how Emma Watson's hair disappears when the “mask” comes off...
Posted by Unknown at (permalink) 5:22 AM No comments: