John L. runs a site called RightPosters, featuring lots of posters designed to appeal (so far as I can tell:) to anyone who is not a liberal or progressive.  The example at right combines one of my favorite Churchill quotes with a great photo of him.  John wrote me to ask if I'd consider linking to him, and after looking over his offerings I'm more than happy to do so.  I haven't purchased anything from his site, so if any of my readers happen to have experience with it, please let me know...
Posted by Unknown at (permalink) 10:03 AM No comments:

This African orchid via BPOD, of course...
Posted by Unknown at (permalink) 9:55 AM No comments:

M51, the “Whirlpool Galaxy”, as seen by the Hubble Telescope.  Full resolution version here.  Via APOD, of course... 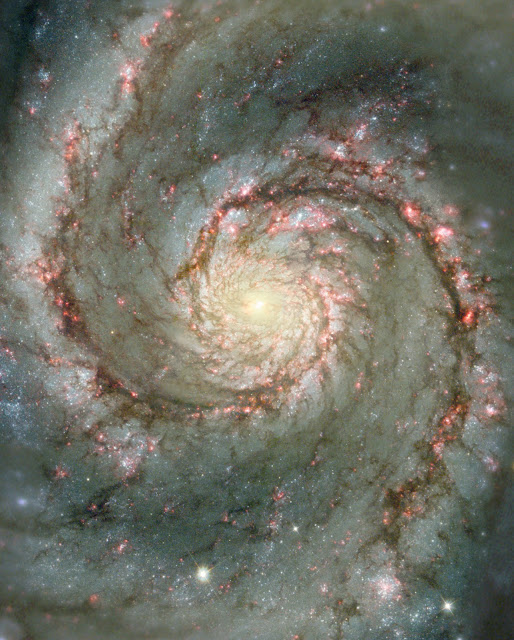 Posted by Unknown at (permalink) 9:52 AM No comments:

20 Reasons for Democrats to be Embarrassed...

This list of epic fails by the Democratic Party and its members is good fodder for anyone who isn't a liberal or progressive.  An example:


The American Protective League and The Palmer Raids (1919-1921): Under the leadership of Woodrow Wilson, criticizing the government became a crime and a fascist organization, the American Protective League was formed to spy on and even arrest fellow Americans for being insufficiently loyal to the government. More than 100,000 Americans were arrested, with less than 1% of them ever being found guilty of any kind of crime.

On the other hand, coming up with an equivalently damning list of epic fails for the Republicans shouldn't be very difficult, either.  Neither party has the epic fail monopoly.

Can anyone imagine a list of “epic successes” for either party?  I think it would be quite difficult to get 20 serious candidates for such a list...
Posted by Unknown at (permalink) 9:46 AM No comments:

Well, yesterday, a little teensy one, and quite a long way away.  What makes this one interesting is that the seismometer in our house captured it (see below).

USGS says that the earthquake occurred on 2/23 at 04:40:14 UTC.  Our seismometer shows the first burst of primary wave at 04:40:33 – 19 seconds later.  The location of the earthquake (USGS) is 109 kilometers from our house, yielding an average primary wave speed of 5.75 km/s, well within norms for primary waves.  By collecting lots of data like this, for many earthquakes and from many locations, USGS is building up a huge dataset that will let them learn a great deal about the composition of the earth's crust in the areas where they have good coverage (Southern California is one of them)...

Posted by Unknown at (permalink) 9:40 AM No comments:

Reader Simi L. sent me a link to a brand-new episode of Roadrunner vs. Wile E. Coyote, with modern computer graphics.  That led me to several others, and a few good laughs this morning:


Posted by Unknown at (permalink) 8:59 AM No comments:

Political Correctness in Our Military...

Reader and friend Doug S. (who is a U.S. Air Force veteran) passed this link along.  This is the sort of thing that started the German military along the path to its current “toothless tiger” status.  It's also what happens when an entrenched bureaucracy tackles a problem: common sense and pragmatism are thrown out the window; mindless rules and perverse incentives rule.

I hear the drums of doom.  They don't sound so very far away...
Posted by Unknown at (permalink) 8:16 AM No comments:

Retronaut is a fascinating site full of old things, like the British WWII recruiting poster at right...
Posted by Unknown at (permalink) 7:58 AM No comments: