A new source of coherent light beams ... 250 times more efficiently than lasers.  The current incarnation only puts out tiny amounts of power, but then so did the first semiconductor lasers.  The first one also emits in the ultraviolet range, something very difficult for LEDs or semiconductor lasers to accomplish.  If this proves to be scalable and manufacturable, it will be a very big thing indeed...
Posted by Unknown at (permalink) 1:42 PM No comments:

Mayonnaise jar and two beers...  Via my CCPOAA (card-carrying, pissed off, ancient-American) mom:


When things in your life seem almost too much to handle, when 24 hours in a day are not enough, remember the mayonnaise jar and the 2 beers .

A professor stood before his philosophy class and had some items in front of him.

When the class began, he wordlessly picked up a very large and empty mayonnaise jar and proceeded to fill it with golf balls.

He then asked the students if the jar was full.

They agreed that it was.

The professor then picked up a box of pebbles and poured them into the jar. He shook the jar lightly.

The pebbles rolled into the open areas between the golf balls.

He then asked the students again if the jar was full.

They agreed it was.

The professor next picked up a box of sand and poured it into the jar.

Of course, the sand filled up everything else.

He asked once more if the jar was full.

The students responded with a unanimous 'yes.'

The professor then produced two beers from under the table and poured the entire contents into the jar, effectively filling the empty space between the sand.

Now, said the professor as the laughter subsided, I want you to recognize that this jar represents your life.

The golf balls are the important things---your family, your children, your health, your friends and your favorite passions---and if everything else was lost and only they remained, your life would still be full.

The pebbles are the other things that matter like your job, your house and your car.

The sand is everything else---the small stuff.

If you put the sand into the jar first, he continued, there is no room for the pebbles or the golf balls.

The same goes for life.

If you spend all your time and energy on the small stuff you will never have room for the things that are important to you.

Pay attention to the things that are critical to your happiness.

Spend time with your children.

Spend time with your parents.

Take your special someone out to dinner.

There will always be time to clean the house and fix the disposal.

The rest is just sand.

One of the students raised her hand and inquired what the beer represented.

The professor smiled and said, 'I'm glad you asked.'

The beer just shows you that no matter how full your life may seem, there's always room for a couple of beers with a friend.

Posted by Unknown at (permalink) 1:39 PM No comments:

Search for a new chief...


There once was a powerful Japanese emperor who needed a new chief samurai. So he sent out a declaration throughout the entire known world that he was searching for a chief. A year passed, and only three people applied for the very demanding position: a Japanese samurai, a Chinese samurai, and a Jewish samurai.

Now the emperor turned to the Jewish samurai, and asked him to demonstrate why he should be the chief samurai. The Jewish Samurai opened a matchbox, and out flew a gnat. His flashing sword went Whoosh! But the gnat was still alive and flying around. The emperor, obviously disappointed, said, "Very ambitious, but why is that gnat not dead?"  The Jewish Samurai just smiled and said, "Circumcision is not meant to kill."

Posted by Unknown at (permalink) 1:20 PM No comments: 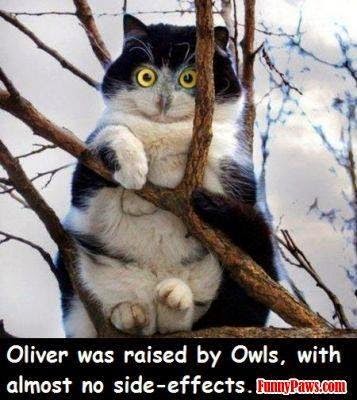 The strip tease...  Via my card-carrying, pissed off, ancient-American mom (whom I will see in a couple days!):


Cletus is passing by Billy Bob's hay barn one day in Iowa when, through a gap in the door, he sees Billy Bob doing a slow and sensual striptease in front of an old green John Deere.

Buttocks clenched, he performs a slow pirouette, and gently slides off first the right strap of his overalls, followed by the left.  He then hunches his shoulders forward and in a classic striptease move, lets his overalls fall down to his hips, revealing a torn and frayed plaid shirt. Then, grabbing both sides of his shirt, he rips it apart to reveal his stained T-shirt underneath. With a final flourish, he tears the T-shirt from his body, and hurls his baseball cap onto a pile of hay.

Having seen enough, Cletus rushes in and says, "What the world're ya doing, Billy Bob?"

"Good grief, Cletus, ya scared the bejeebers out of me," says an obviously embarrassed Billy Bob.

"But me 'n the wife been havin trouble lately in the bedroom d'partment, and the therapist suggested I do something sexy to a tractor."

My dad would have liked this one :)
Posted by Unknown at (permalink) 1:15 PM No comments: