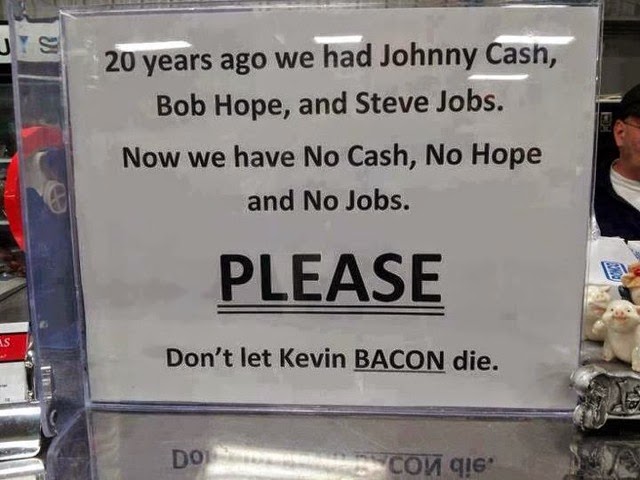 A new Saturnian moon?  Cassini has captured an image that just might be showing the birth of a new moon around Saturn...
Posted by Unknown at (permalink) 8:16 AM No comments:

Oh, this makes me feel old...  The video at right shows kids today reacting to a cassette player.  These, of course, are kids that grew up with entire music collections available to listen to from little boxes the size of a postage stamp.

When I was a kid, the smallest music playing device was the size of a briefcase: a portable record player that had a vacuum tube amplifier and had to be plugged into the wall for power.  That device was only a small improvement over the original Edison cylinder players.

I don't recall ever having the reaction that these kids have, of thinking that some piece of technology (however old) was incomprehensible and awful.  Mostly I recall looking forward to near-miraculous advances that seemed to happen in very quick succession (semiconductors, plastics, lasers, etc.).

How about you?  Do you remember ever having reactions to your parents' technology that was anything like these kids?
Posted by Unknown at (permalink) 8:13 AM No comments:

Cannibalism...  My first reaction upon reading this story was “Wait.  What?  Cannibalism isn’t illegal in Pakistan?”  But then I discovered that it's not illegal in the U.S., either!

We have laws forbidding spitting on the sidewalk, but not eating each other?
Posted by Unknown at (permalink) 8:06 AM No comments:

I'd say “Happy Tax Day!” ... except that seems highly unlikely.  So how about enjoying a little Remy instead?
Posted by Unknown at (permalink) 8:02 AM No comments:

Do as the IPCC says!

Do as the IPCC says!  Or else the world will end.  Delingpole...
Posted by Unknown at (permalink) 8:01 AM No comments:

The futility of existence...

The futility of existence...
Posted by Unknown at (permalink) 8:00 AM No comments:

Progressive rationalization...  Your morning Klavan...
Posted by Unknown at (permalink) 7:53 AM No comments:

Harry Reid...  So many things about this politician raise questions...

How did he get to be so wealthy on a Senator's salary?

Why do Nevadans keep re-electing him?  Nevada isn't exactly a bastion of Progressivism – and yet they keep electing an unabashed Progressive...

Reid's demonization of the Koch brothers (134 times to date; see video) is not supportable by facts, and is an unseemly attack by a politician on American citizens.  Why does Reid think this is either acceptable behavior or good politics?

Reid has been repeatedly associated with shady deals that profit him.  Why haven't these been aggressively investigated, as they would if you or I had done it?

I think of Harry Reid as a kind of warning indicator.  When politicians like him can not only survive, but thrive (if you've been living under a rock, he's the Senate Majority Leader), that's a clear warning signal that something in Washington is badly awry – the stench of corruption is strong here...
Posted by Unknown at (permalink) 7:52 AM No comments:

Something is broken...  Friend, former colleague, and Marine Larry E. sends along his thoughts:

The Constitution, The Law and Regulation

I’m not a Constitutional Law professor like our President. My credentials are only that I’m an active, interested citizen of this country with an interest in our government. I particularly find U.S. history interesting and follow the happenings in our government with interest and with dismay.

As we all should know, the U.S. Constitution created three distinct branches of government, outlines the role and limits to the power of the Federal government and additionally outlines a number of specifically guaranteed rights for the people. Distinctly different than the rulers in history that got their power via conquest or divine right, the U.S. Constitution is the governing document that lends legitimacy to our government.

The Legislative Branch, the Congress, is made up of both the House of Representatives and the Senate and they have the responsibility of passing laws to govern the nation within the framework of the constitution. Each Congressman and Senator has sworn an oath to uphold the Constitution.

The Judicial Branch has the responsibility of determining the constitutionality of these laws, and the legality of those regulations. They too swear an oath to uphold the Constitution.

Three distinct branches of government were established in order to provide checks and balances over each other. Our government was designed to limit the power of government and to ensure that no one branch grew too powerful.

The U.S. Constitution defines the relationship between the government and its citizens. Specifically it defines the limitations of government and asserts the rights of the people. Why do we have a Constitution? We have a Constitution because our founders believed in the idea of self-governance and not in the divine right of Kings to rule. We should thank the subjects of King John for forcing his signature on the Magna Carte and beginning the process of tearing down the idea of absolute Monarchy.

The very reason for the existence of such a document is to limit the power of government and moreover the 9th Amendment came about because the founders were concerned that by enumerating certain rights, future governments would use that to assert that all other rights would be in the hands of government, not the people. The text, “The enumeration in the Constitution, of certain rights, shall not be construed to deny or disparage others retained by the people.” came after debate on how to prevent congress from asserting authority over other areas. Interestingly, many of the founders didn’t believe that this amendment and some others were necessary. Not that they disagreed with limiting governmental powers, but because they felt that the Constitution already clearly did so. Similarly the 10th Amendment “The powers not delegated to the United States by the Constitution, nor prohibited by it to the States, are reserved to the States respectively, or to the people.” Also limits the power of the Federal government.

With a multi-branch government of checks and balances, one would expect that should the Congress exceed its authority, the President would veto the bill, or barring this, the Judicial Branch would rule a law to be unconstitutional. If the President exceeds his authority or shirks his constitutional responsibilities, the Congress would exercise its authority and rein him in. One would think that a government whose authority stems from a written constitution would always be mindful of this document and their sworn oaths.

This isn’t happening. Something is broken.

Congress routinely passes laws outside their constitutional authority. Instead of perhaps following the process to attempt to amend the constitution, as has been done in the past, they prefer to try to rationalize exceptions and loopholes to push their own agenda.

The President routinely ignores laws he disagrees with and directs federal agencies to do the same.

Instead of remembering that the constitution guarantees the rights of the people first, the courts seem to defer to the government.

And yet, despite a constitution that restricts government and guarantees the rights of the people, we have a non-stop assault on the concept of liberty that was so important to our founders. Warrantless searches, a secret court creating secret findings, citizens assassinated or spirited away without trial, anti-gun legislation, cover-ups, free-speech zones and attempts to limit and intimidate the press. There is a full out assault on our constitutional rights.

In a free society there are no secret courts issuing secret warrants and secret rulings that have citizens killed or taken to secret prisons. These are the things of a tyranny.

In a constitutionally governed society, politicians should not be passing laws that violate their oaths and exceed their constitutional authority. The laws they do pass should be limited in scope and carefully considered, not passed in the dead of night. They would not be creating large agencies left to the discretion of the President and instead they should be providing active oversight of the agencies they do create. In a governed society, they should be vigorously defending the constitution not trampling it in order to exploit the latest event in the news.

In a society that is governed, not ruled, Presidents do not ignore laws, rewrite laws or create their own interpretations. In a society that is governed, federal agencies aren’t used to target political opponents and instead, the President, as chief executive, would manage the activities of these agencies and via regulations and active oversight to ensure their compliance with the constitution and the law.

In a functioning system of checks and balances, the branches of government rein each other in. They are adversarial to a purpose.

What happened? Why isn’t our system working? What broke?

I’m not certain, but if I had to guess, the real game changer was the NSA. Public fear allowed for the creation of a shadowy fourth branch of government. In particular, when the Patriot Act was passed and the government in one swoop created secret courts, no-fly lists, homeland security and the expansion of domestic spying it removed accountability and concentrated power into the hands of the Executive Branch but more importantly it funneled massive amounts of money and gave carte blanche to the NSA.

The difference between the modern NSA and the old KGB, or even the Watergate scandal is in the scale and capabilities. They used to have to target those suspected of a crime because they didn’t have the resources to target everyone. They actually had to sneak into a room and plant listening devices, or go to the phone company and tap a phone line. Those days are long gone.

Now the NSA knows all of our secrets. It knows yours. It knows mine. And perhaps more importantly, it knows all the secrets of all of those in power and all of those that could and do have the responsibility to challenge them. A Congressman that is publicly advocating family values but has a mistress behind the scenes or a Senator that is quietly taking bribes for contracts and influence can easily be coerced.

Congress dares not act because they, like us, are all guilty.

We all commit our sins, big and small. We are all guilty of breaking any number of the vast and growing set of laws governing us. We all could be embarrassed or even imprisoned should the eye turn its gaze to us. Until the great eye is put out, as long as the eye exists, freedom is gone and none are safe.

There's much in Larry's essay that I agree with, including the problems caused by the NSA's virtually unchecked internal spying.  But I don't agree that the Patriot Act and its consequences are the root cause of our creeping government.  I think they are symptoms of a deeper problem.

What's that deeper problem?  This country's voters.  They are repeatedly voting in those elected officials that are perpetrating the worst offenses.  So long as “we the people” keep electing these corrupted bureaucrats, we're asking them to give it to us, good and hard.  And they're happy to oblige.

Barack Obama.  We elected him to a second term.  Really?  Are we really that stupid?  Apparently we are.

Nancy Pelosi.  She has been elected to the House with overwhelming margins 14 times.

Mitch McConnell.  He has been elected to the Senate repeatedly for 30 years.

I could go on like this for a long time, listing repeatedly elected bureaucrats from both parties who are certifiable members of the Big Government brigade.  As long as we keep electing these corrupt power-seekers, we're going to get more and more of what we have in this country today.  None of them were elected by forcing votes at the point of a gun – they were elected by voters voluntarily selecting them from a roster of alternatives.  If the voters elect small-government supporters, we'll get a smaller and less intrusive government.

But not until then...
Posted by Unknown at (permalink) 7:42 AM No comments: