A Bigger Increment This Time...

Generally speaking, the migration puts me into an environment that's incrementally better than the last one.  The size of that increment varies, but it's usually not all that large.  The last time I can remember the increment being large was way back in the late '70s, when I migrated from a floppy disk based system to one that had a hard drive.  That made a huge difference in how my development environment worked.

This past weekend I migrated my development environment from a three year old Macbook Pro to a brand new one.  You wouldn't think that would make a huge difference, but it did – but other factors were at work.  The biggest other factor was moving from a hard disk to a solid state disk (SSD), a 512 GB model.  In addition to that, my new Macbook has a 750 GB conventional hard disk, 16 GB of RAM, and a 2.4 GHz quad core processor.  My old Macbook took about 50 seconds from powerup to a functional desktop; my new one is well under 10 seconds.  My old Macbook used to run out of usable memory (resulting in thrash and the notorious spinning disk of death) many times a day, especially when running Firefox or VMWare Fusion; my new Macbook handles these with ease. My old Macbook took several minutes to search for arbitrary strings through our entire code base; my new Macbook does this in under a second.  I could go on, but you get the idea: this migration was quite a large incremental jump in performance and general usability of my development environment.

Where is this all heading?

Tape is the new trash.
Hard disks are the new tape.
SSDs are the new hard disks.
Cheap RAM and ridiculously fast processors are enablers, both for crappy software and for entirely new possibilities (like useful VMs in a laptop)...
Posted by Unknown at (permalink) 6:59 AM 1 comment:

This little article caught my eye: an economist (Garett Jones) notes that that people make decisions about their vacations in much the same way that they make decisions about durable goods (things like cars and refrigerators).  But here's the part that really resonated with me: if your memories are a durable good, then you should “buy” as many of them as you can when you're young – because then you've got your whole life to enjoy them.

I never have actually thought about my memories as a consumer durable :-)  However, I certainly have treated them in the way Mr. Jones recommends, and I've taken some heat for this over my life.  Debbie and I have (very) freely spent on our vacations, our animals, and other cherished experiences – even when we couldn't really afford to do so.  I've never regretted doing that (though I've often been criticized for it), and the main reason why – is precisely the memories Mr. Jones speaks of.  We've had a great many adventures in our lives, and the memories of them (and of course the broadening experiences) are priceless to us.

As I write this, I can't help but enumerate some in my mind.  The ones that jump out: walking on the rim of an active (and erupting!) volcano in Hawai'i, skydiving, scuba diving in the Philippines, our many companion animals over the years, two weeks on a motorcycle in the back country of Australia, four wheeling in the San Juan Mountains, touring through the Baltic islands of Estonia, four wheeling on Mauna Kea in Hawai'i with my parents and (separately) my mother-in-law, and exploring Costa Rica (especially Mt. Arenal and Monte Verde).  Some of these adventures were almost 40 years ago – and Mr. Jones point about the time value of them is spot on...
Posted by Unknown at (permalink) 6:03 AM No comments:

...generally don't brag about their feats.

And they certainly don't use them to belittle someone else.

Obama, the most unseemly president...
Posted by Unknown at (permalink) 5:39 AM No comments:

...for drinking an extra glass of red wine...
Posted by Unknown at (permalink) 5:37 AM No comments:

The Voice of Wisdom...

Via my mom (whom I suspect is unlikely to vote for Obama): 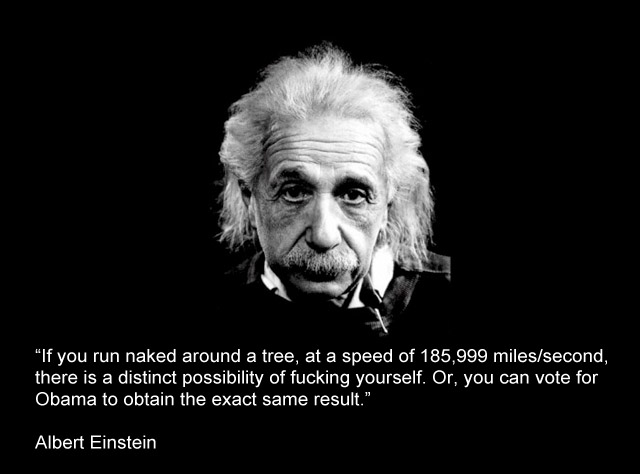 Posted by Unknown at (permalink) 5:36 AM No comments:

One of the Saturnian moons that's in a Lagrange point.  Imaged by Cassini, and brought to us by APOD, of course... 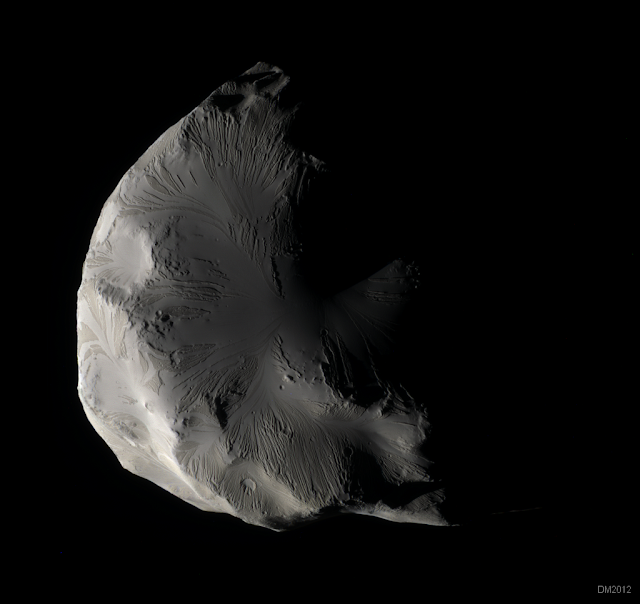 Posted by Unknown at (permalink) 5:30 AM No comments: