Springtime at my mom's house... 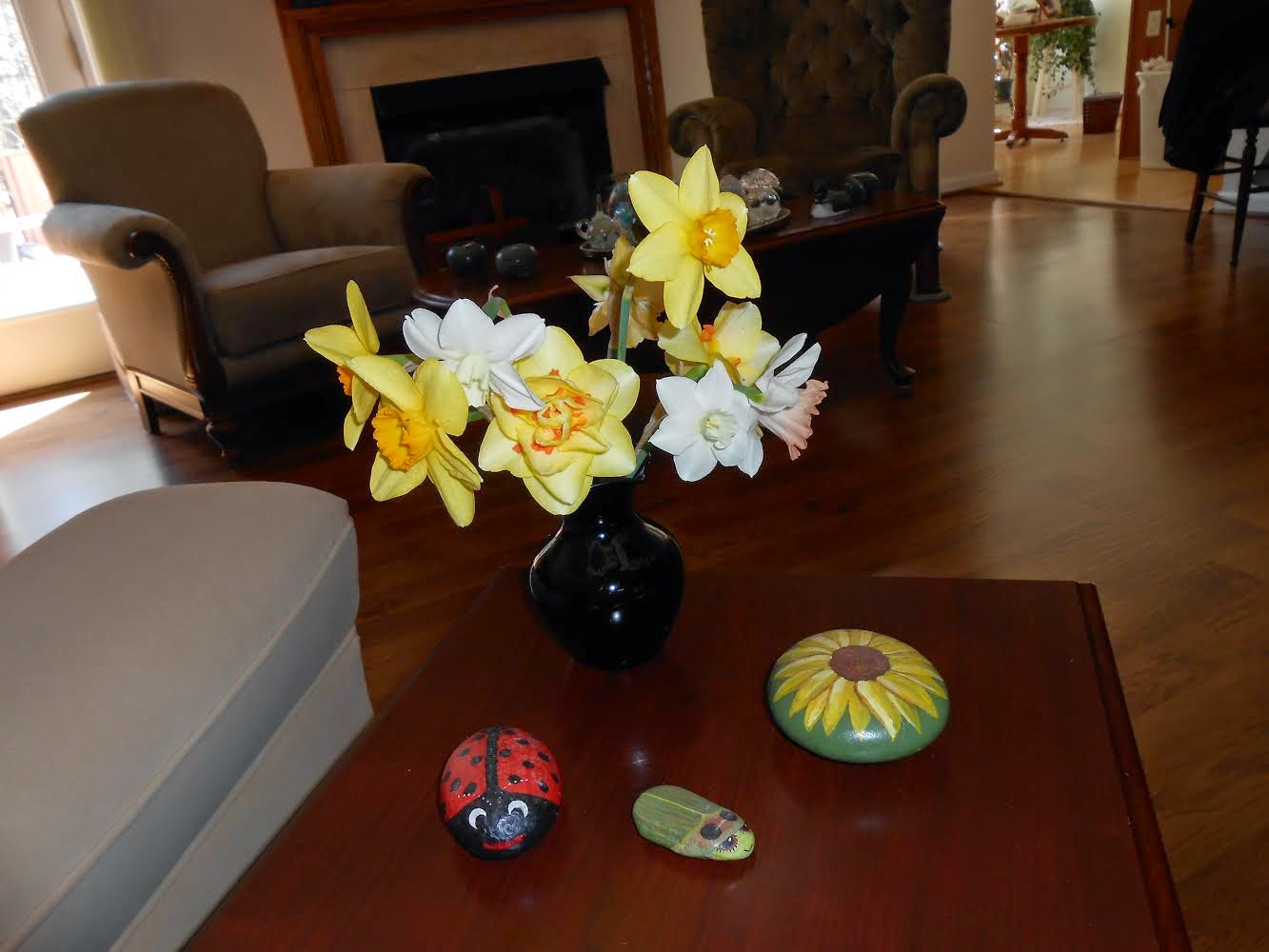 Springtime at my mom's house...  Near Charlottesville, Virginia.  Gorgeous!

She paints those rocks around the base of the flower vase – cute, aren't they?
Posted by Unknown at (permalink) 5:56 AM No comments:

Turning some hardwood...  Yesterday afternoon I just couldn't stand the idea of not trying out the lathe on some hardwood.  I have a small pile of logs, some of which we inherited when we bought this house.  Those logs are fairly dry, and the wood is fine-grained and hard.  I think they might be box elder (a kind of maple), which we have a lot of on our property.  I picked one of those logs, trimmed it up in my band saw, then sawed an 8 inch long piece of it off.  After mounting it to the lathe's face plate, I started turning it at low RPM and roughed it into the beginnings of a goblet (first photo below).

For the next hour I experimented with the five carbide turning tools I have, and figured out how to cut the shape I was after.  The only tool that gave me any trouble was a “hollower”, which has a large (about 1/4") circular carbide blade.  That tool kept getting jammed up and spun out of my hands.  The rest of them I had little trouble with.  By the time I was almost done (second photo), something recognizable as a goblet was appearing on the spindle.  I left the bottom inch or so of the goblet unfinished, as the screws that mount it to the face plate were in there.  In the third photo you can see the goblet after sanding.

The only step left at that point was “parting”, wherein I used a very thin tool (the “parting tool”) to cut a groove all the way through the wood to separate the goblet from the wasted wood (with the screws) against the face plate.  In the last photo, you can see that wasted wood still mounted to the lathe, and the large pile of shavings from the cup.  I'm going to pick up some Watco finish today (assuming the local Home Depot carries it!), and then I'll post some photos of the finished goblet.

One thing I can tell already: I'm really going to enjoy turning wood.  It's something I've wanted to do my entire life, and now I can finally do it...