Looks pretty handy if you're a JavaScript jockey...
Posted by Unknown at (permalink) 12:33 PM No comments: 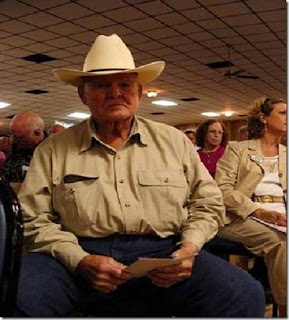 The Sierra Club and the U. S. Forest Service were presenting an alternative to the Wyoming ranchers for controlling the coyote population. It seems that after years of the ranchers using the tried and true method of shooting or trapping the predators, the Sierra Club had a "more humane" solution to this issue.

What they were proposing was for the animals to be captured alive. The males would then be castrated and let loose again.

All of the ranchers thought about this amazing idea for a couple of minutes. Finally an old fellow wearing a big cowboy hat in the back of the conference room stood up, tipped his hat back and said ... "Son, I don't think you understand our problem here. These coyotes ain't fuckin' our sheep...they're eatin' 'em!"

The meeting never really got back to order.


A guy stopped at a local gas station, and after filling his tank, he paid the bill and bought a soft drink. He stood by his car to drink his cola and watched a couple of men working along the roadside. One man would dig a hole two or three feet deep and then move on. The other man came along behind him and filled in the hole. While one was digging a new hole, the other was 25 feet behind filling in the hole. The men worked right past the guy with the soft drink and went on down the road.

"I can't stand this," said the man tossing the can into a trash container and headed down the road toward the men.

"Hold it, hold it," he said to the men. "Can you tell me what's going on here with all this digging and refilling?"

"Well, we work for the government and we're just doing our job," one of the men said.

"But one of you is digging a hole and the other fills it up. You're not accomplishing anything. Aren't you wasting the taxpayers' money?"

"You don't understand, Mister," one of the men said, leaning on his shovel and wiping his brow. "Normally there's three of us: Me, Elmer and Leroy. I dig the hole, Elmer sticks in the tree, and Leroy here puts the dirt back. Elmer's job's been cut...so now it's just Me and Leroy.

The really sad part is that this story is completely plausible.  Might even be true...
Posted by Unknown at (permalink) 6:11 AM No comments:


Ole was hunting geese up in the Varden Lake region of Sweden. He leaned the old 16 gauge against the corner of the blind to take a leak. As luck would have it, his foolish dog Gnarff knocked the gun over. It went off and Ole took most of an ounce of #4 in the groin.

Several hours later, lying in a Stockholm hospital bed, he came to...and there was his doctor, Sven.

"Vell Ole, I got some good news and some bad news. Da good news is dat you are going to be OK. Da damage vas local to your groin, dere was very little internal damage, and I vas able to remove all of da buckshot."

"The bad news is dat dere vas some pretty extensive buckshot damage done to your pecker. I'm going to have to refer you to my sister, Lena."

"Well, I guess that isn't too bad," says Ole. "Is your sister a plastic surgeon?"

"Not exactly," Sven says. "She's a flute player in da Swedish Symphony Orchestra. She's going to teach you vhere to put your fingers, so you don't piss in your eye."

Posted by Unknown at (permalink) 6:08 AM No comments: 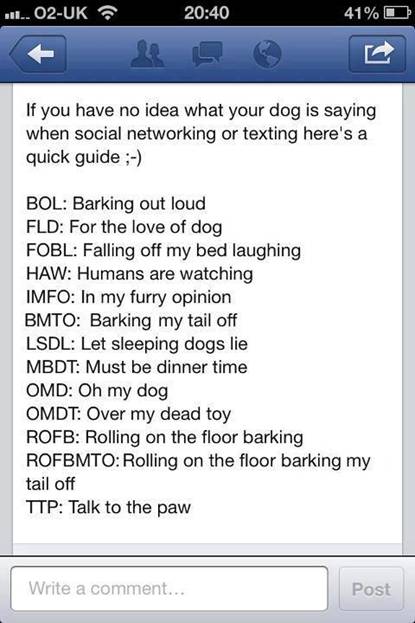 Via my lovely bride (and fellow dog lover):
Posted by Unknown at (permalink) 6:06 AM No comments: 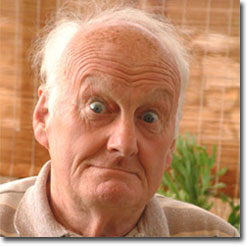 I am a sick old man!

I was sick and in the hospital. There was one nurse that just drove me crazy. Every time she came in, she would talk to me like I was a little child. She would say in a patronizing tone of voice, 'And how are we doing this morning?' or 'Are we ready for a bath?', or 'Are we hungry?' I had had enough of this particular nurse.

One day, at breakfast, I took the apple juice off the tray and put it in my bed side stand. Later, I was given a urine bottle to fill for testing. So you know where the juice went!

The nurse came in a little later, picked up the urine bottle and looked at it.  'My, it seems we are a little cloudy today.'

At this, I snatched the bottle out of her hand, popped off the top, and drank it down, saying, 'Well, I'll run it through again. Maybe I can filter it better this time.'

The nurse fainted...and I just smiled.