Nice graphic showing some of the reasons why the TSA should be eliminated.  Courtesy of the folks at OnlineCriminalJusticeDegree.com...

The Drunk on the Subway...


A drunk man who smelled like beer sat down on a subway next to a priest. The man's tie was stained, his face was plastered with red lipstick, and a half-empty bottle of gin was sticking out of his torn coat pocket. He opened his newspaper and began reading. After a few minutes the man turned to the priest and asked, 'Say Father, what causes arthritis?'

The priest replies, 'My Son, it's caused by loose living, being with cheap, wicked women, too much alcohol, contempt for your fellow man, sleeping around with prostitutes and lack of a bath.'

The drunk muttered in response, 'Well, I'll be damned,' Then returned to his paper.

The priest, thinking about what he had said, nudged the man and apologized. 'I'm very sorry. I didn't mean to come on so strong. How long have you had arthritis?'

The drunk answered, 'I don't have it, Father. I was just reading here that the Pope does.'

Posted by Unknown at (permalink) 6:38 AM No comments:

I haven't used an Encyclopedia Britannica for quite a few years now – at a guess, not since about 1990.  And why would I?  When I see reference material in print form, one of the first thoughts that comes to mind is “Oh oh – it's probably obsolete!”

What subject area has been static enough for paper references to be reliable?  Certainly not the areas I most frequently research: computer science, science in general, history, and politics.  Of those, history is probably the only candidate – but new discoveries pop up all the time, especially because of declassification and regime change.  For example, our understanding of Eisenhower's presidency has changed quite radically in the past few years.

So the news that the Encyclopedia Britannica's last print edition will be the current 2010 edition doesn't bother me at all.  In fact, mostly I wonder just how they managed to hang on this long.

Most of the news reports are emphasizing the role that Wikipedia (and other community-based efforts) had in killing the Encyclopedia Britannica, and that's certainly an interesting topic to ponder.  What's more likely to be reliable – a reference edited by a single team (with all their biases), or a crowd-sourced effort with many people contributing and cross-checking?  Both of these models have their own sets of problems and their own mechanisms for errors or outright lies to creep in.  If I'm researching something I care about, I'll always look at Wikipedia and multiple other sources, to make sure I'm not missing some controversy or alternative (but unexpressed on Wikipedia) perspective.  I'll also look at the edit history to see if there's a “wiki war” going on.  Such searches frequently do turn up more material that seen on Wikipedia.  But by and large, I've found the Wikipedia entries to be (a) at least not outright lies, (b) always useful at least as background, and (c) most often essentially accurate and authoritative.  After years of practice with such searches, it's hard to imagine ever relying on a single source – a la Encyclopedia Britannica – again...
Posted by Unknown at (permalink) 6:25 AM No comments: 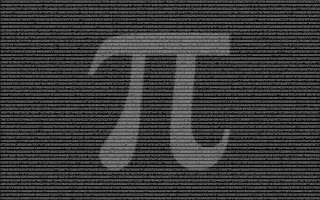 Much more on this fascinating number in Wikipedia...
Posted by Unknown at (permalink) 6:10 AM No comments:

Shortly after Lakes Entertainment announced they were withdrawing from their funding deal with the Jamul Indian Tribe, the tribe released this presser:


The Jamul Indian Village announces its intent to pursue revised plans for a new casino gaming development on its Federal Tribal Trust land located in San Diego County. Since 1999 the Jamul Indian Village has worked with Lakes Entertainment of Minnesota to develop a gaming facility. As of today, that agreement has been terminated and the tribe is moving forward with revised plans for its gaming facility. This revised direction will allow the Tribe to achieve an economic and cultural foundation for its membership, while also working with its neighbors and the County to address the development's physical scope and potential environmental impact.

"Jamul Indian Village expresses its gratitude to Lakes Entertainment for its involvement in various aspects of development efforts since 1999," said Tribal Executive Chairman Raymond Hunter. "We look forward to proceeding with our efforts to strengthen the economic base of the Tribe and the region, consistent with the character of the Jamul area and respectful of the local processes inherent to this goal."

The Tribe will present its plans and environmental document beginning this week and will kick off a public review process and workshop to discuss its plans with local stakeholders. Through this process, the tribal leadership will invite community engagement and feedback before finalizing their plans. Pursuit of this new development direction emphasizes the Tribe's new vision for the Jamul gaming project -- one embodying a smaller, high quality facility that is respectful of its neighbors and its environment. Ultimately, the newly designed project will create jobs for its neighbors in the Jamul and Dulzura areas, allow the Tribe to become self-sufficient, and enable it to share gaming revenue with local governments and charities.

This sounds more like wishful thinking than substantive announcement.  My first thought (and other observers have said similar things) is that with the huge debt they're saddled with, the tribe is going to have a great deal of trouble finding another funding source (although I will say that there is the possibility of some arrangement made with Lakes' agreement that allowed funding on the condition that Lakes was paid back out of the tribe's cut after the resulting project was up and running).

During the Lakes-funded Jamul Casino project's lifetime, the Jamul Indian Tribe has managed to build up a large reserve of bad feelings with respect to their non-tribal neighbors.  I've lived out here for nearly 15 years now, and I've not seen any other issue that so aroused the ire of my neighbors.  So the tribe's proclamation now that their new efforts will be “...respectful of its neighbors and its environment.” will be met with a great deal of skepticism and suspicion, I think.  Certainly that's true for me...
Posted by Unknown at (permalink) 5:20 AM 1 comment: