They Walk Amongst Us...

Long-time readers may recall my previous posts on the Unarians (search for “Unarius” in the search bar at upper right).  There hasn't been much news on them in recent years, but they just popped up again – this time because a “weird news” journalist was being profiled, and this was one of his favorite stories.  In that story is a great slide show (one photo below) of the Unarian Cadillac, which is intended to welcome the UFOs when they land.  In Lawson Valley, where I live.  Seriously, that's what these folks believe!

I drive by their property every once in a while (it's off Montiel Truck Trail), just to make sure the Bug Eyed Monsters haven't landed.  Nothing but coyotes so far...
Posted by Unknown at (permalink) 8:07 AM No comments:

Curiosity on the Move... 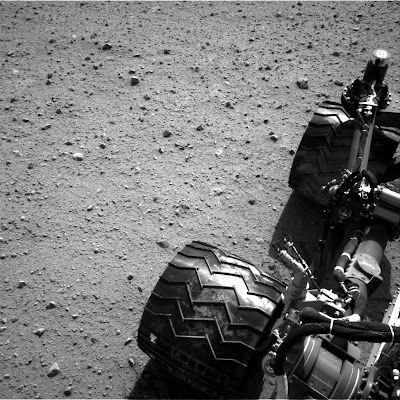 Curiosity is making tracks on Mars, heading for some rocks to explore even while still in the process of checking out all its science instruments.  The news continues to be all good for the nuclear-powered rover.  The volume of high quality imagery being sent back by Curiosity is stunning when compared to all the many other robotic exploration missions I've watched over the years.  This is primarily due to two factors: the amazing number of cameras Curiosity carries (it seems like they're everywhere!), and the high bandwidth it has (thanks to the orbiting relay stations around Mars) to send them back home.  A visit to the Curiosity site is part of my morning routine, just to catch up on the latest finds.

Anyone as old as I remembers that not so long ago people were arguing over whether there were structures (like “canals”) on Mars.  It wasn't until the first “fly by” missions to Mars that that question was put to bed.  Much more recently, the very first (and very primitive) landers started setting down on Mars.  These returned tantalizing views in a few photos, and a little science data.  Fast forward to today, with Curiosity dashing about: the images are pouring in, they're of high quality (and many in color), and an array of varied science instruments is studying features down to the microscopic level.  What an amazing advance in a relatively short time!
Posted by Unknown at (permalink) 7:53 AM No comments:

We Really Need Some New Bozos on this Bus...

This was completely new to me.  I found a good explanation of how it works.  Watch it in action:

Posted by Unknown at (permalink) 7:41 AM No comments:

Of All the Possible 4 Digit PINs... 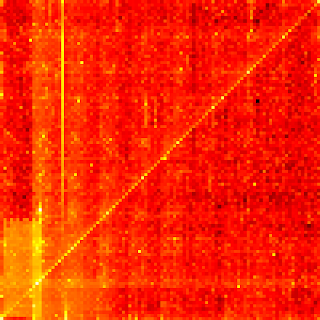 Which one is the most popular?  And which is the least (and therefore most secure)?

I guessed which one was most popular (“1234”), but not the least.  Most of all I was surprised by the shape of the curve of most popular to least popular PINs.  I was also intrigued to see the use of heat maps (like the one at right), a technique I first learned about in the '80s as one of the more effective quick tests of a random number generator.  Altogether a very nice analysis by Nick Berry at DataGenetics...
Posted by Unknown at (permalink) 7:36 AM No comments:

From a collection of photoshopped images, this one caught my eye: 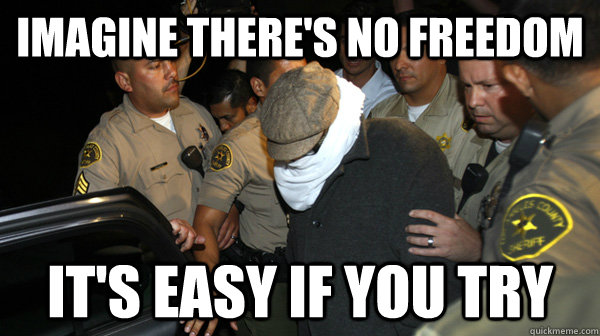 That's our freedom of speech you're playing with there, Obamawon.  Not that you care, particularly...
Posted by Unknown at (permalink) 7:23 AM No comments: