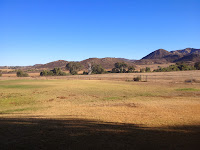 Anarchists in Jamul!  Reader and fellow Jamulian Celeste S. made my morning with an email this morning:


I got a kick out of your post showing people actually inside the national parks and monuments in D.C., while they are supposed to be closed due to the government shutdown. No need to look that far for defiant citizens. We are alive and well right here in Jamul.

About five years ago, my children and I would take bike rides in the open space south of the highway at Rancho Jamul drive. It was really cool to be following my kids on my bike, watching them ride through fields of wild flowers in the spring and alternatively getting their backs covered in mud during the winter. We saw deer, a golden eagle, ducks, coyote and a bunch of other neat stuff. As a homeschooling family, we would bring our backpacks with us, bike to a pond out there which had a rowboat on it and do our reading or another subject while floating. We did all of this with the greatest respect for the area, as we realized how amazing this opportunity was. Then Fish and Game purchased the area. All was okay for about a year, then the signs went up. No trespassing. We still rode in the area, keeping on the trails. Then one day while there, I heard it - the sound of shackles, or a Gator motor - same thing, approaching. The F& G man told us we can't be there, didn't we see the signs? We had to get permission. So we tried to do this by email which ended with them just not responding anymore.

So, boy was I glad when this shutdown happened! Monday morning I told the kids,"Get dressed, we're going for a ride!" And ride we did. It is still unbelievably beautiful, quiet and soul filling. And hey, no one bothered us:)

I'll send you a picture of our dog, Hansi, in the area, as he was always a part of our rides and we took him this time too.

Defiance, even in the absence of red cones.  I have the best readers!


Posted by Unknown at (permalink) 8:49 AM No comments:

How best to secede from a state...

How best to secede from a state.  I've been amused by, but have mostly ignored, the various votes of different places to secede from the state they're in.  For instance, several counties in California and Colorado have voted to secede and form a new state, free of the raging progressive politics their citizens dislike.  I know that it is incredibly unlikely that they could ever succeed in their secession, not least because they have to have the approval of both the state they're leaving and the U.S. Congress.

But Eugene Kontorovich, writing at the Volokh Conspiracy, points out that there is another way: secede and join another, already existing state.  While there is clear governing law for forming a new state, things aren't nearly as clear-cut for a transfer of land from one state to another.  The state being joined need not even be adjacent to the new piece (look at Michigan!).

Maybe Jamul could secede and join, say, South Dakota?
Posted by Unknown at (permalink) 7:08 AM No comments:

60% of Americans say “Throw the bums out!” about Congress...