Spam of the day...  Every few weeks I go through my spam folder, just to make sure that no important email got accidentally misclassified as junk.  GMail's filters are remarkably good; it's rare for me to find a false positive like that.

Sometimes the subject lines of the spam are enough to entice me to open it, just to see what it said.  Here's one I opened today.  I'm still laughing as I copy this over.  The number of people who are tricked by this sort of thing has to be vanishingly small – but when the cost of sending email is (literally) zero, that doesn't matter...

Good day to you, my name is Mrs. Carman Lapointe Young the United Nations Under-Secretary I was sent to Nigeria last week by the United Nation and is to officially informed you that your name is among the scam victims that will be compensated this 2016 with the total sum of $5.5Million approved by United Nations and other stake holders and this is the reason why the united nation sent me to Nigeria to make sure people like you receive there fund from here in Nigeria without any hitch, and I have a mandate with UN stake holders who approved your fund to make sure you receive your approve compensation fund before I go back to NEW YORK to summit my report, and I am contacting you now because your fund is ready for you to make the claim

Note the United Nation have ordered the appointed paying bank to program your fund in form of ATM Card and they have successfully program and activate your ATM Card so as am talking to you now your ATM Card is ready for use, Again I want you to know that you are only require to come down here in Nigeria to sign and pick up your Card without paying any cent but if you cant come down here in Nigeria to sign and pick up your ATM Card then you will have to pay Delivery fee of $250 and bank will hand over your Card to DHL and they will deliver it to your address within 48hours so I want you to tell me if you want to come down here to pick up your Card or you prefer to send the $250 so that DHL will deliver your Card to your address?

Note for easy communication contact me via this email (mrs.young112@gmail.com) or phone +234-7061268585, Thanks for your understanding, I wait to hear from you soon as you receive this email from me

I just love the part where “if you cant come down here in Nigeria” then for a mere $250 DHL will deliver your ATM card (loaded with $5.5 million!) right to your home address.  What a deal!
Posted by Unknown at (permalink) 2:13 PM No comments:

Oh my gosh...  If you've been reading this blog for a while, you know that almost two years ago we ordered a Tesla Model X (their 4WD SUV).  The photo at right is what ours should look like.  We did so knowing that the delivery date was uncertain, so I'm not finding any fault with Tesla on this score.  For all that time, until early this afternoon, we had absolutely no clue when our Model X might actually be delivered.  All we had to go on were (a) our order number, which is in the 12 thousands, and (b) the news reports that told us when the first ones rolled off and what the production rate was.

That changed today.  We got an email from Tesla that gave us a delivery time of “mid 2016” – still not very precise.  But that's the most we've ever had :)  There's also a little line that says if we'd care to change the interior configuration to include an extra row of seats, then we could get it as early as April or May.  Well, the configuration we chose already has too many seats for us, so we certainly didn't want to add even more.  Of course we chose the configuration that would be made dead last :)  So we're stuck with “mid 2016”.  But hey ... that's only a few months away.  The probability that I'll live long enough to actually see and drive our Model X is increasing.  Yay!
Posted by Unknown at (permalink) 1:31 PM No comments:

Paradise, on foot again...  It's March 11th – my brother Mark's birthday, and the first day we were able to go for a nice walk this spring.  Debbie and I, together with two very excited dogs (Miki and Race) walked for two miles along dirt roads near our house.  This is a real first for Debbie: first time she's walked this far in well over a year, because of the knee injuries she's suffered.  She had no problems at all on this walk – hooray!  We did the two miles (which includes about 400' of elevation change each way) in roughly 75 minutes.  That's about 20 minutes more than the typical walk I did alone last year along the same path, and about 30 minutes more than our record (set when we were actually trying to go fast, instead of our normal leisurely gawking pace).  It's still wintry here, as you can see from my photos below, but it was oh-so-nice to be outside again.  The temperature was around 60°F, about as nice as one could possibly ask for.  The two lower photos are panoramas, each covering about 200°.. 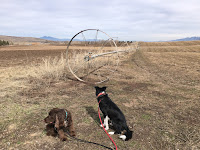 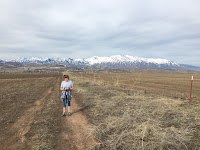 Posted by Unknown at (permalink) 1:12 PM No comments:

Curiosity is looking at nodules on Mars...

Curiosity is looking at nodules on Mars...  Here are a couple of photos, one of the area, one of a nodule... Posted by Unknown at (permalink) 8:37 AM No comments:

A solar eclipse ... as seen from space.  This photo (via APOD, of course) was taken by a high-orbit satellite (Deep Space Climate Observatory).  The dark spot in the upper left of the Earth's surface is the fuzzy shadow of the moon.  In the center of that shadow, people were experiencing a total eclipse of the sun.  In the fuzzy edges, a partial eclipse.  Click on the thumbnail to embiggen.
Posted by Unknown at (permalink) 8:33 AM No comments: 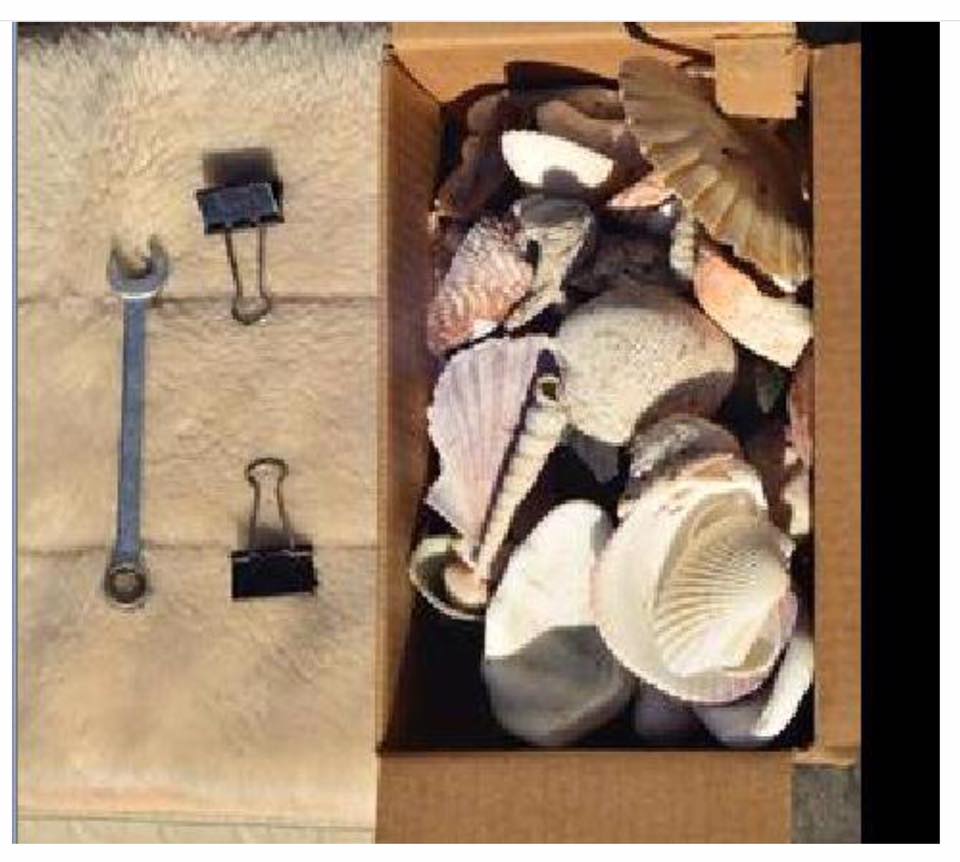 
A liberal acquaintance in California asked me what I thought he might need in order to defend his home and family from home invasion, and the like.

I suggested a 9mm, a couple of clips, and a box of shells.

A few days later he sent me this picture and asked me how to make it all work. He voted for Obama … twice.

Posted by Unknown at (permalink) 7:55 AM No comments:

A history of English...

A history of English ... in just five words.  Interesting piece.  Here's a sample, with one of the five words:

By the 18th century it had become a symbol of fashionable society and a staple of the coffee house culture; Dr. Johnson was a self-confessed “hardened and shameless tea-drinker.”

The word “tea” derives from the Mandarin Chinese word chá, via the Min dialect form te. The Mandarin word is also the origin of the informal char, as in a nice cup of char. A love of tea is so ingrained in British life that the phrase “cup of tea” has come to stand for anything viewed positively. We express dislike by saying: “it’s not my cup of tea,” we comfort the bereaved with “tea and sympathy,” and gloss over any social faux pas with the phrase “more tea, vicar?”

The human stupidity demonstration known as Daylight Saving Time is coming this weekend...

The human stupidity demonstration known as Daylight Saving Time is coming this weekend...  So I thought it would be a good time to show this video again.  Buried in there is a map of the world showing all the time zones with different rules – something I've talked about before as being an amazingly complex mess.  The map in the video is already out of date :)
Posted by Unknown at (permalink) 7:38 AM No comments: