Compression = intelligence?  The Hutter Prize is intended to encourage research in Artificial General Intelligence (AGI) by offering (currently) a 50,000€ (about $70,000) prize for solving a specific problem.  The general idea is along the lines of the X prize: by offering a modest prize, one can provoke research that would cost much more than that – along with generating lots of passion, enthusiasm, and competition.  All good.

The challenge with AGI is what one would award a prize for.  So far the achievements of AGI are esoteric, certainly not accessible to anyone other than specialists in the field.  Furthermore, there is legitimate debate about whether even AGI's successes are anything more than trivialities wrapped up in complicated software and fancy words.  Nobody has yet done anything actually useful (or even entertaining) with AGI yet.

So what kind of a goal would be worth a prize?

But if you're into data compression, especially if you're a starving student, maybe that Hutter Prize will spur you into developing the next best data compression algorithm!
Posted by Unknown at (permalink) 7:28 AM No comments:

Schadenfreude moment...  This morning I read these words in the middle of a much longer article:


Most Democrats up for re-election are trying to put some distance between themselves and the president, choosing surrogates such as Mr. Clinton to campaign for them, particularly in the South and parts of the West.

Asked whether Mr. Obama is a liability, Representative Ami Bera, Democrat of California, demurred. “We haven’t really focused much on the president,” he said. “We’re focused on Sacramento County and the folks that are there.”

Other Democrats are openly critical of the health care law in their advertisements. In one ad promoting Representative Ann Kirkpatrick, Democrat of Arizona, the narrator says she “blew the whistle on the disastrous health care website, calling it ‘stunning ineptitude,’ and worked to fix it.”


But that's not what brought on the delicious, soul-warming schadenfreude.  This is: I read those words in the New York Times, the paper of progressive-mongering.  Bwaahahahaha!
Posted by Unknown at (permalink) 6:51 AM No comments:

Things that make you go “Hmmmm...” 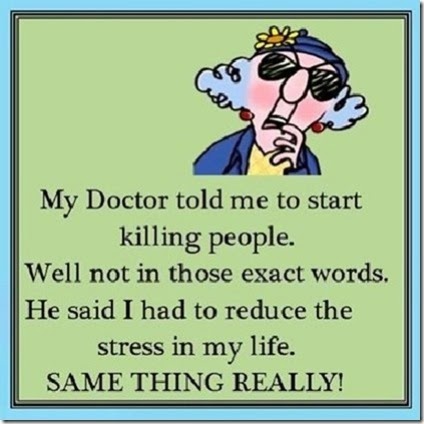 Things that make you go “Hmmmm...”  My mom forwarded this to me, with approval.  There are a lot of people like my mom.  Maybe the progressives should be concerned about more than the 2014 elections???