A Site for Dog Lovers...

But put your hot morning beverage down before clicking... 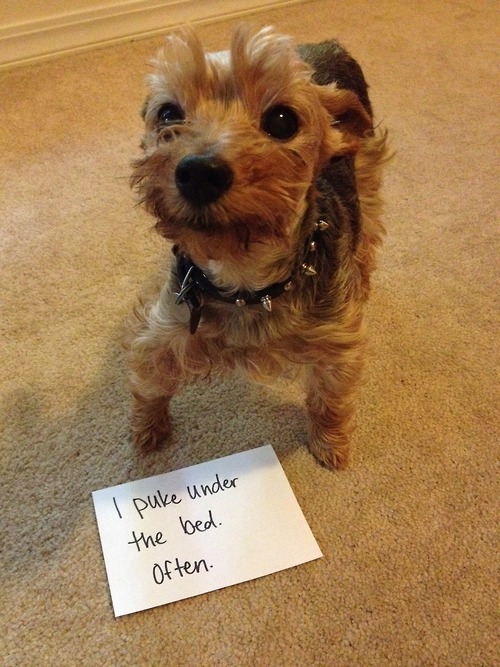 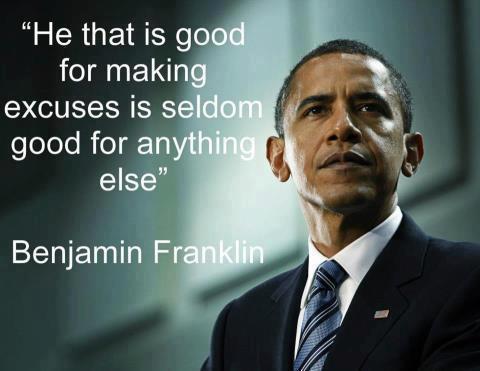 Very cleverly done.  Via my mom...
Posted by Unknown at (permalink) 6:52 AM No comments:


John G. Is 73 years old and owns a small business. He's a life-long Republican and sees his dream of retiring next year has all but evaporated. With the stock market crashing and new taxes coming his way, John assumes now that he will work to his dying day

John has a granddaughter. Ashley is a recent college grad. She drives a flashy hybrid car, wears all the latest fashions, and loves to go out to nightclubs and restaurants. Ashley campaigned hard for Barack Obama. After the election she made sure her grandfather (and all other Republican family members) received a big I told-you-so earful on how the world is going to be a much better place now that her party is taking over.

Having lost both roommates, Ashley recently ran short of cash and cannot pay the rent (again) on her 3 bedroom townhouse... Like she has done many times in the past, she e-mailed her grandfather asking for some financial help


Here is his reply:

Sweetheart, I received your request for assistance. Ashley, you know I love you dearly and I'm sympathetic to your financial plight. Unfortunately, times have changed. With the election of President Obama, your grandmother and I have had to set forth a bold new economic plan of our own...."The Ashley Economic Empowerment Plan." Let me explain.

Your grandmother and I are life-long, wage-earning tax payers. We have lived a comfortable life, as you know, but we have never had the fancier things like European vacations, luxury cars, etc... We have worked hard and were looking forward to retiring soon. But the plan has changed. Your president is raising our personal and business taxes significantly. He says it is so he can give our hard earned money to other people... Do you know what this means, Ashley? It means less for us, and we must cut back on many business and personal expenses.

You know the wonderful receptionist who worked in my office for more than 23 years? The one who always gave you candy when you came over to visit? I had to let her go last week. I can't afford to pay her salary and all of the government mandated taxes that go with having employees.... Your grandmother will now work 4 days a week to answer phones, take orders and handle the books. We will be closed on Fridays and will lose even more income.

I'm also very sorry to report that your cousin Frank will no longer be working summers in the warehouse. I called him at school this morning. He already knows about it and he's upset because he will have to give up skydiving and his yearly trip to Greenland to survey the polar bears.

That's just the business side of things. Some personal economic effects of Obama's new taxation policies include none other than you. You know very well that over the years your grandmother and I have given you thousands of dollars in cash, tuition assistance, food, housing, clothing, gifts, etc., etc. But by your vote, you have chosen to help others -- not at your expense -- but at our expense.

You yourself told me how foolish it is to vote Republican... You said Mr. Obama is going to be the People's President, and is going to help every American live a better life. Based on everything you've told me, along with all the promises we heard during the campaign, I'm sure Mr. Obama will be happy to transfer some stimulus money into your bank account. Have him call me for the account number which I memorized years ago.

Perhaps you can now understand what I've been saying all my life: Those who vote for a president should consider the impact on the nation as a whole, and not be just concerned with what they can get for themselves. What Obama supporters don't seem to realize is all of the money he is redistributing to illegal aliens and non-taxpaying Americans (the so-called "less fortunate") comes from tax-paying families.

As you said while campaigning for Obama, some people will have to carry more of the burden so all of America can prosper... You understand what that means, right? It means that raising taxes on productive people results in them having less money; less money for everything, including granddaughters.

I'm sorry, Ashley, but the well has run dry. The free lunches are over... I have no money to give you now. So, congratulations on your choice for "change." For future reference, I encourage you to try and add up the total value of the gifts and cash you have received from us, just since you went off to college, and compare it to what you expect to get from Mr. Obama over the next 4 (or 8) years. I have not kept track of it, Ashley. It has all truly been the gift of our hearts.

Remember, we love you dearly.... but from now on you'll need to call the number mentioned above. Your "Savior" has the money we would have given to you. Just try and get it from him.


A blonde goes to the vet with her goldfish.

"I think it's got epilepsy," she tells the vet.

The vet takes a look and says, "It seems calm enough to me."

The blonde says, "I haven't taken it out of the bowl yet!"


25% of women in this country are on medication for mental illness!

It means 75% of the crazy bitches are running around with no medication at all.


My friend was a staunch conservative and voted straight line Republican until the day he died.

Curiosity has already sent back over 4,000 photos from Mars.  They're all available in this archive...
Posted by Unknown at (permalink) 6:32 AM No comments:

The Smoothest Con Man Ever?

Well, consider this: he once sold the Eiffel Tower to a scrap metal dealer.  Really!
Posted by Unknown at (permalink) 6:31 AM No comments:

Mike Sandiford has a very nice analysis of the impact that photovoltaic solar power (i.e., solar panels) has had on Australia's power markets.  The answer was unexpected for me, for reasons that Mr. Sandiford explains well: solar has had a large impact, completely out of proportion to the small percentage of the overall power that it supplies.  The key to understanding why is all about the timing: solar panels supply power during the peak sunlight hours, which happen to coincide with the most expensive electricity on the spot market.  Mr. Sandiford thinks that power operators have very good reason to be afraid of the impact of solar panels...
Posted by Unknown at (permalink) 6:29 AM No comments:

Oh, I've been waiting for this – the high-resolution video of Curiosity's descent and landing, imaged through the MARDI camera.  And now it's here:

Way back in 1972, your bloviating blogger had just recently enlisted in the U.S. Navy.  I'd been ordered to the base at Mare Island (on the eastern San Francisco Bay, near Vallejo), to attend schools on digital computer repair.  Later I also attended cryptographic system repair schools as well, on the same base.  On one of the very first days of computer repair school, they sat my class down in a small theater and showed us a film.  This film:


What a strange feeling to see this film again after 40 years!  On certain scenes (like the Oriental lady with the abacus) I could even remember what came next...
Posted by Unknown at (permalink) 6:21 AM No comments:


...when you see a problem, run toward it or it will only get worse.

I don't know about you, but I find that a refreshing bit of rhetoric.  The idea of a political leader running toward a problem like tax reform is intoxicating.  Read the whole thing...
Posted by Unknown at (permalink) 6:08 AM No comments:

I remember Alan Shepard saying that.  I listened to that launch on the radio, way back on May 5, 1961.  The mission was called Freedom 7, and it was America's first manned space flight (sub-orbital, but into space).  It was a very exciting and scary event for those of us listening, as in the prior few years there had been a string of spectacular rocket failures.  I remember thinking that Alan Shepard must be borderline crazy to be strapped and bolted into that Mercury capsule.  At one point in the countdown, he got impatient with the delays and implored flight control to “light this candle”...

Peggy Noonan has recycled that remark, in the context of Mitt Romney's presidential campaign...
Posted by Unknown at (permalink) 6:04 AM No comments: