Barn: concrete floor time!  Today was a very busy day on the barn project.  The builder had a big crew in to pour concrete for the pier foundations and the floor, covering the elaborate gravel/foam/heating tubing “layer cake” that they've been working on.  As I write this, the floor is finished except for a layer of curing sealer, which they'll be rolling on in just a little while.

The photos below are in time-of-day order.  The earlier ones are bluish because they were taken before sunrise.

At 6 am I heard a diesel engine rumbling toward where the barn is being built.  When I looked out the window, I could see the concrete pump truck, with its long boom unfurling.  By the time I got my jacket on (it was 42°F outside) and got out to watch the goings-on, the pump was ready to go.  It was controlled by an operator with a belt-mounted remote control that allowed him to set a height for the end of the concrete hose, move it horizontally in any direction, and control the pump's speed.

Just after 7 am, the first (of six) concrete trucks came rolling up.  This first truckload of concrete was placed with the front-mounted chute, on the south side of the barn.  All the rest of the concrete (55 cubic yards all told) was placed with the pump and boom.  A crew of six went right to work on it.  The first step was to rake approximately the right amount of concrete into place, using a smooth concrete placer.  As soon as that was done for a sizable area, a vibrating power screed (the motorized tool with a long bar on it, visible prominently in the eighth photo.  This tool accomplishes several things: pushing gravel down and raising water and fine sand, vibrating the concrete to move it into place around the tubing and eliminating bubbles, and getting the surface to the correct level (for part of the barn, that's a slight slope for drainage).  It was fun to watch that screed turn the surface from rough to smooth.

After that, the surface was “floated” (with a tool called a float).  This tool achieves a finer level and surface texture than the screed can do.  After that, it was time for the finish work – getting a very smooth finish on the surface.  Around the edges this was done with hand trowels and lots of elbow grease.  Everywhere else it was done with a power trowel (visible in the sixth and seventh pictures from the end).  The result of all this work was a surface so smooth that it actually reflected like a mirror.

Soon they'll be rolling on the curing sealer, which keeps the water in the concrete so that it cures properly.  After curing, it also helps waterproof the surface.  Tomorrow they'll be sawing expansion joints; these will divide the floor up into quite large “tiles”, six or eight feet on a side.  The main goal of these saw cuts is to encourage the floor to crack where the saw cuts are.  The floor will crack, as the concrete is shrinking slightly as it cures over the next few days.  The trick is to get it to crack in an aesthetically pleasing way :)

Starting Monday, the framing begins.  At that point it should actually start looking like a barn! 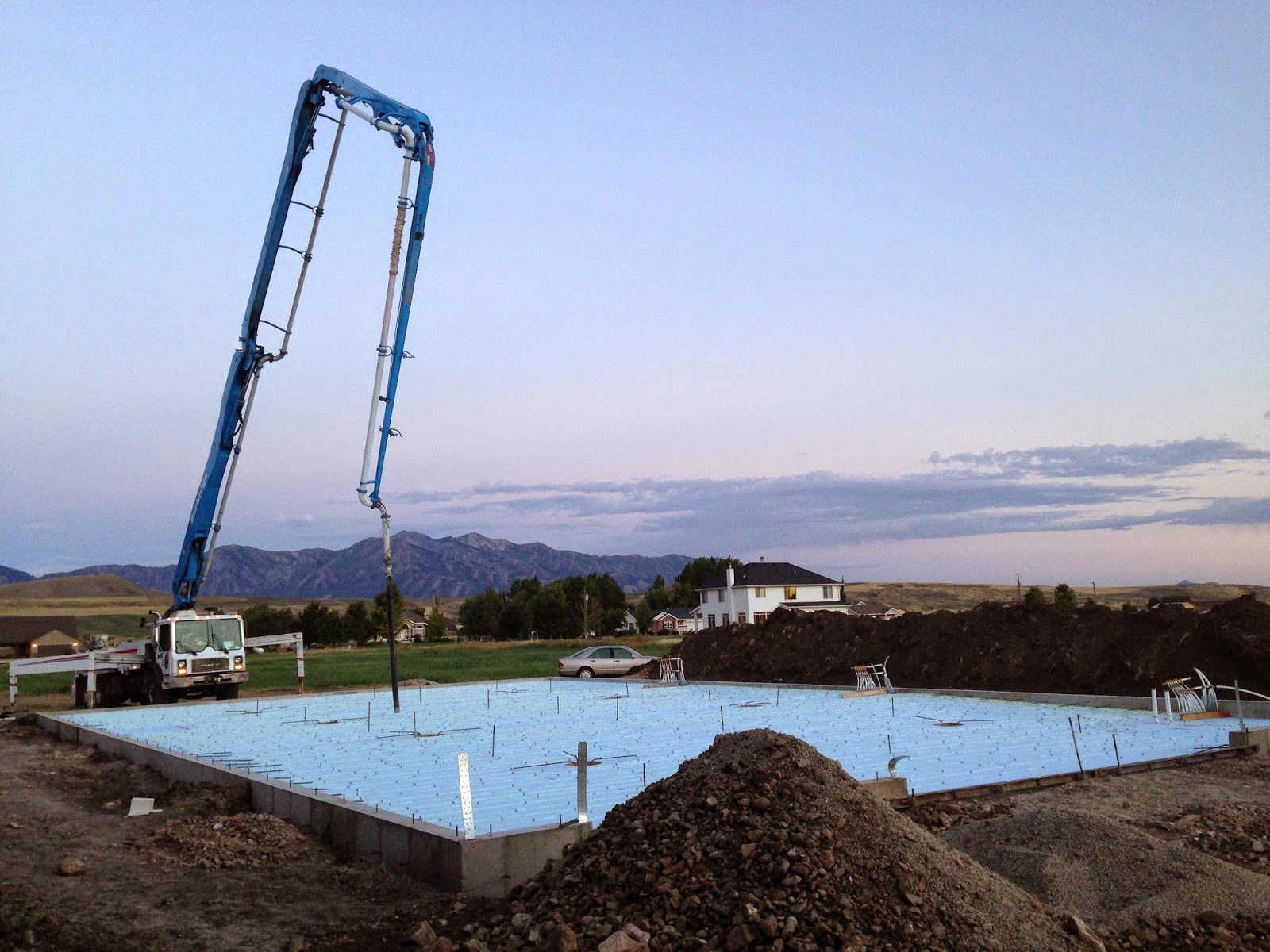 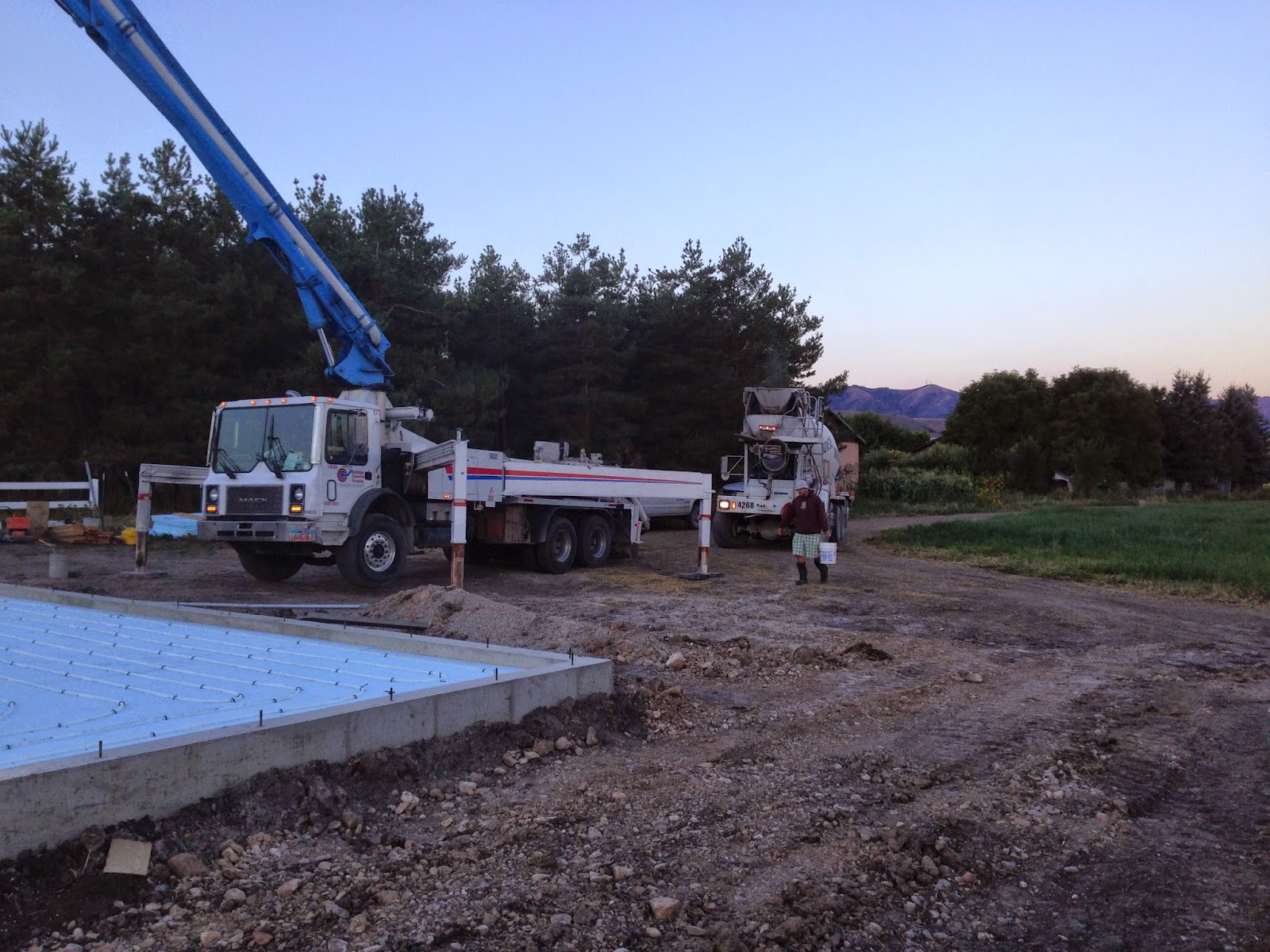 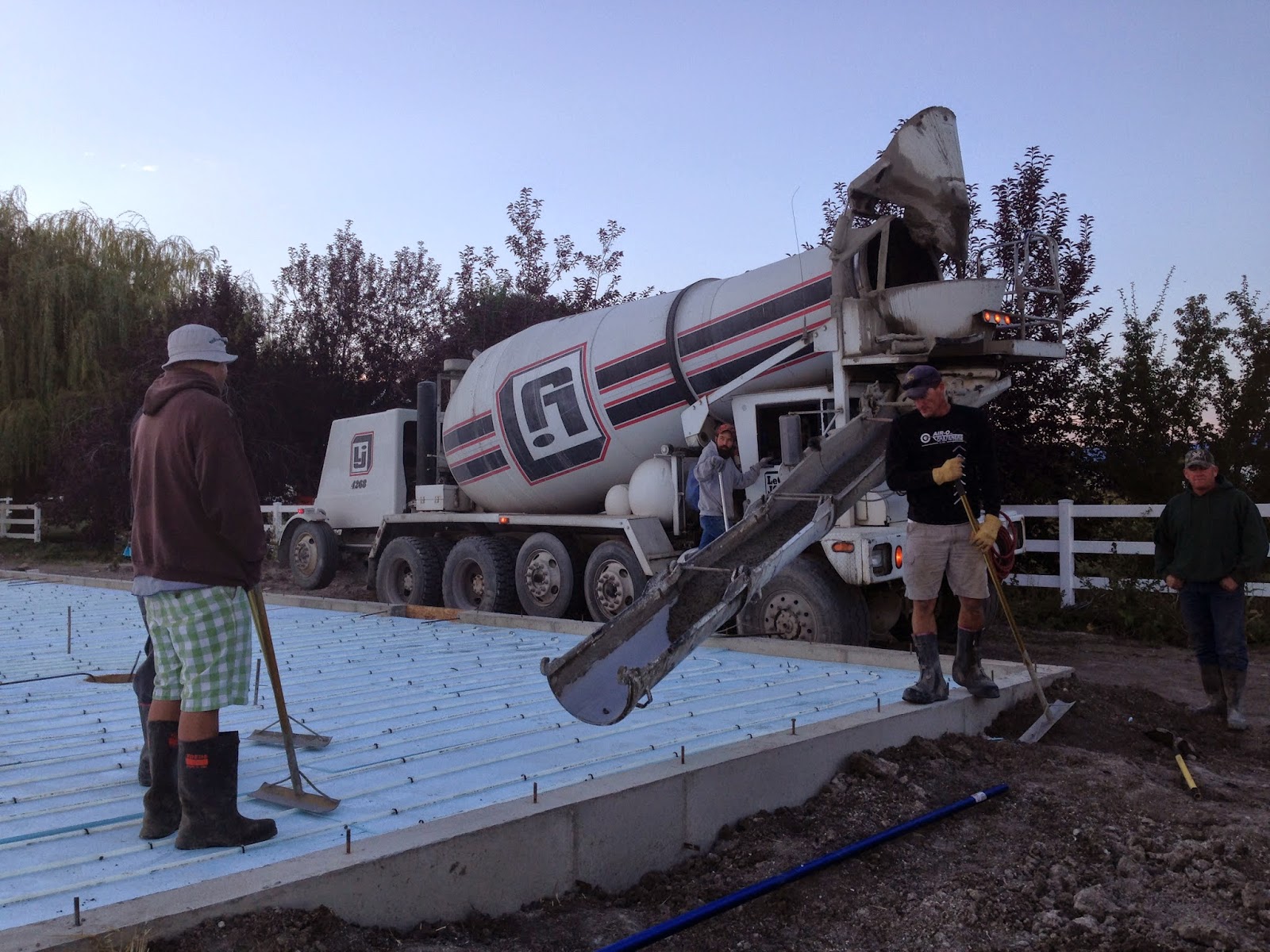 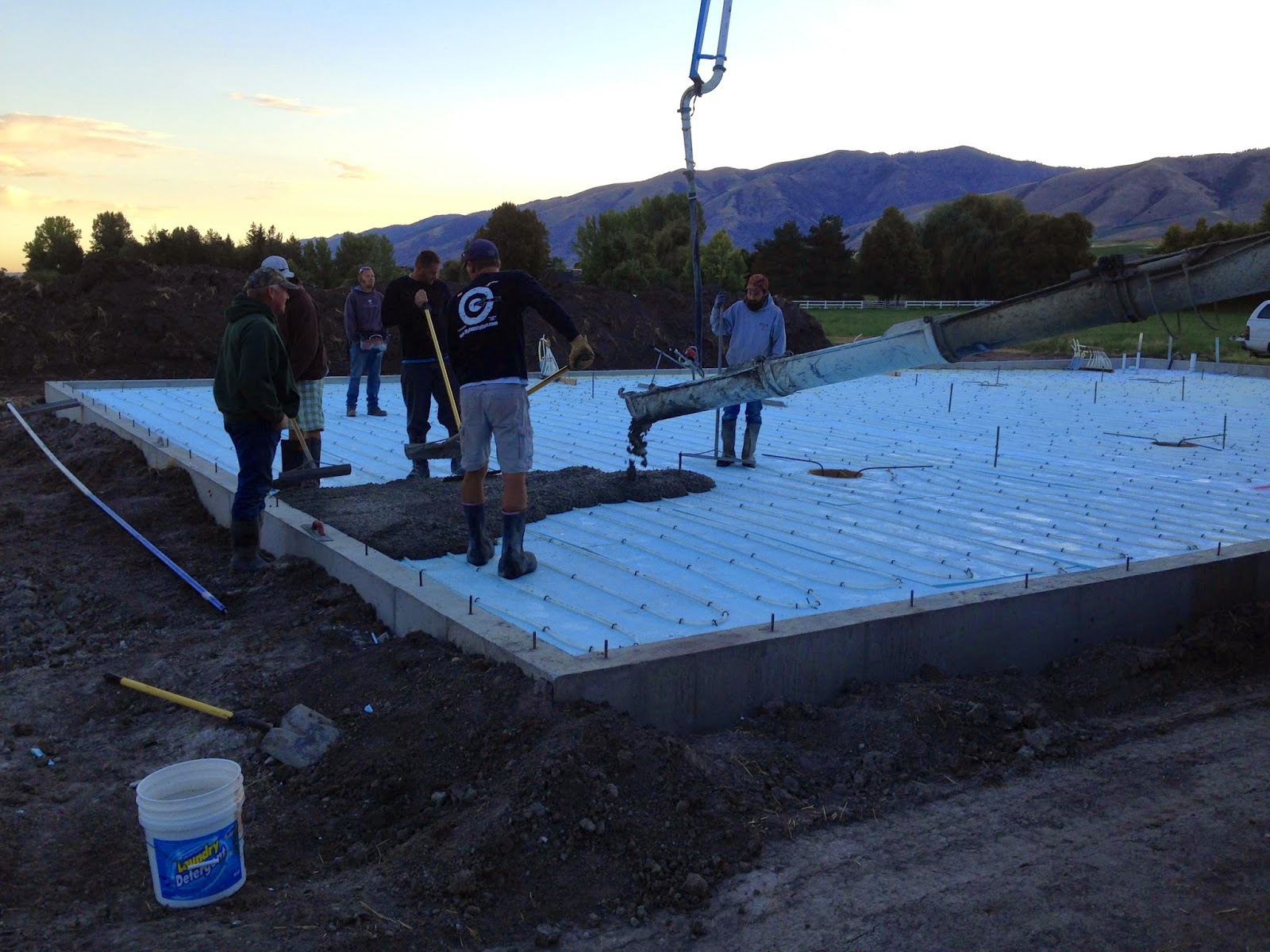 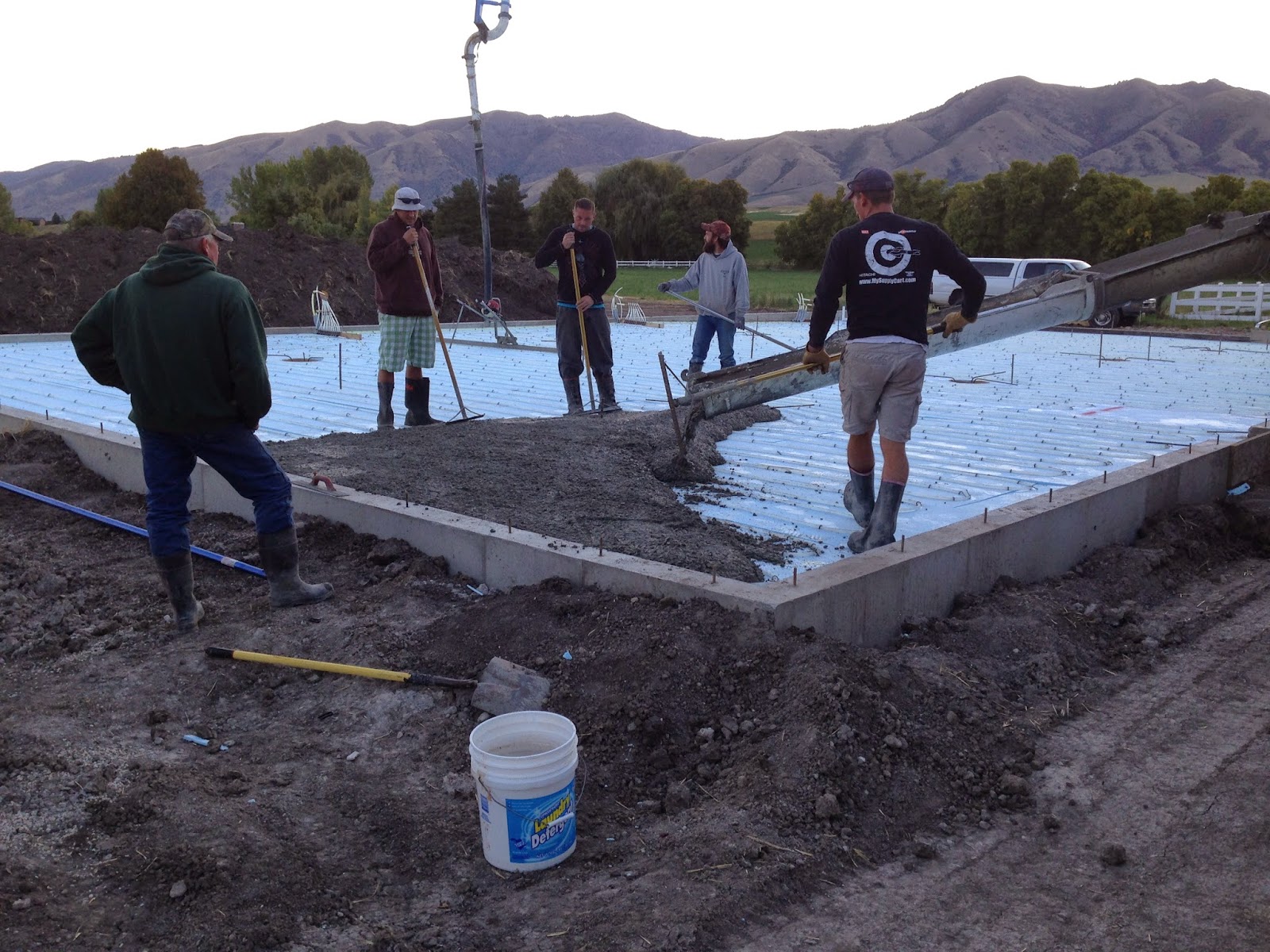 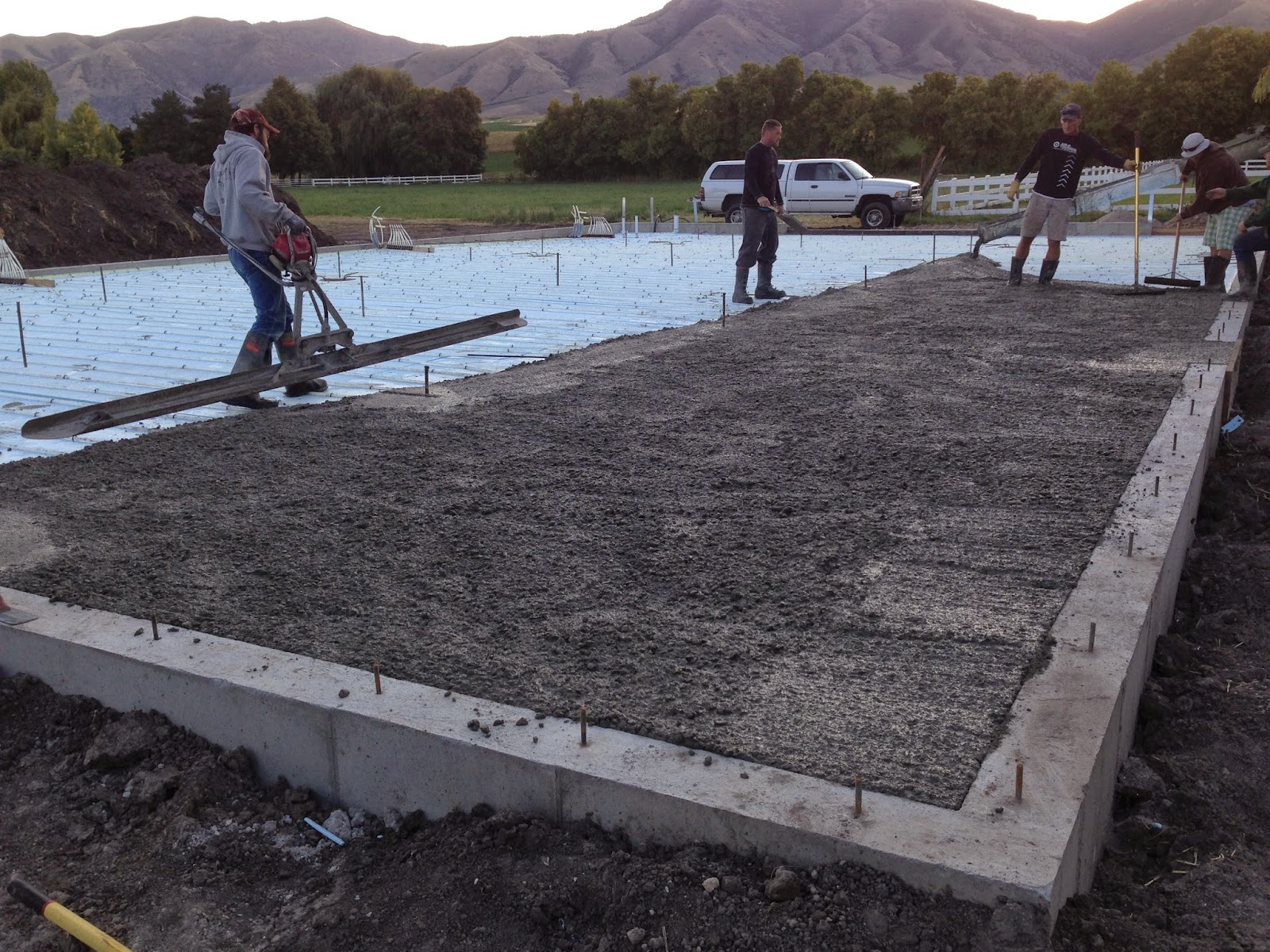 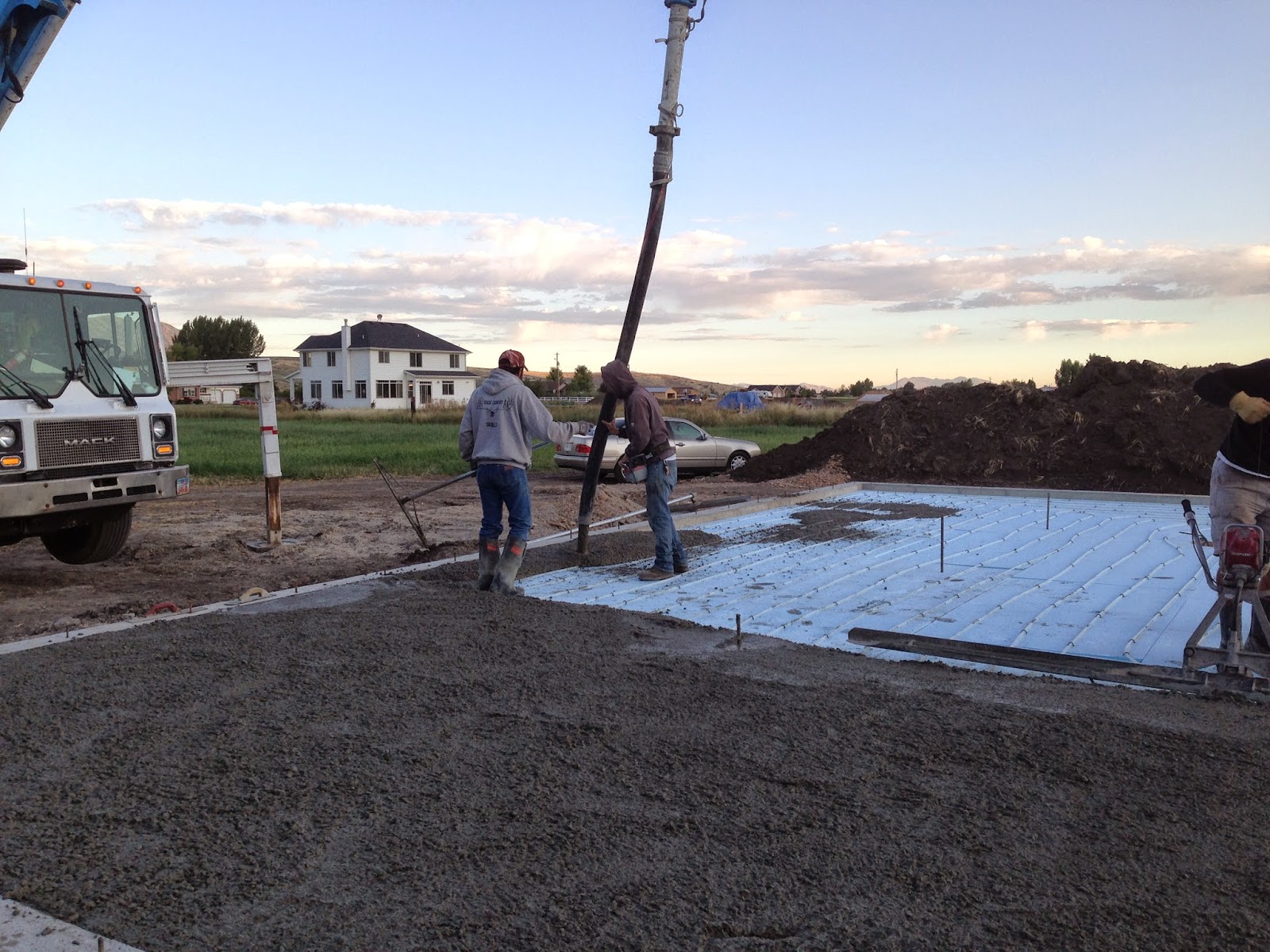 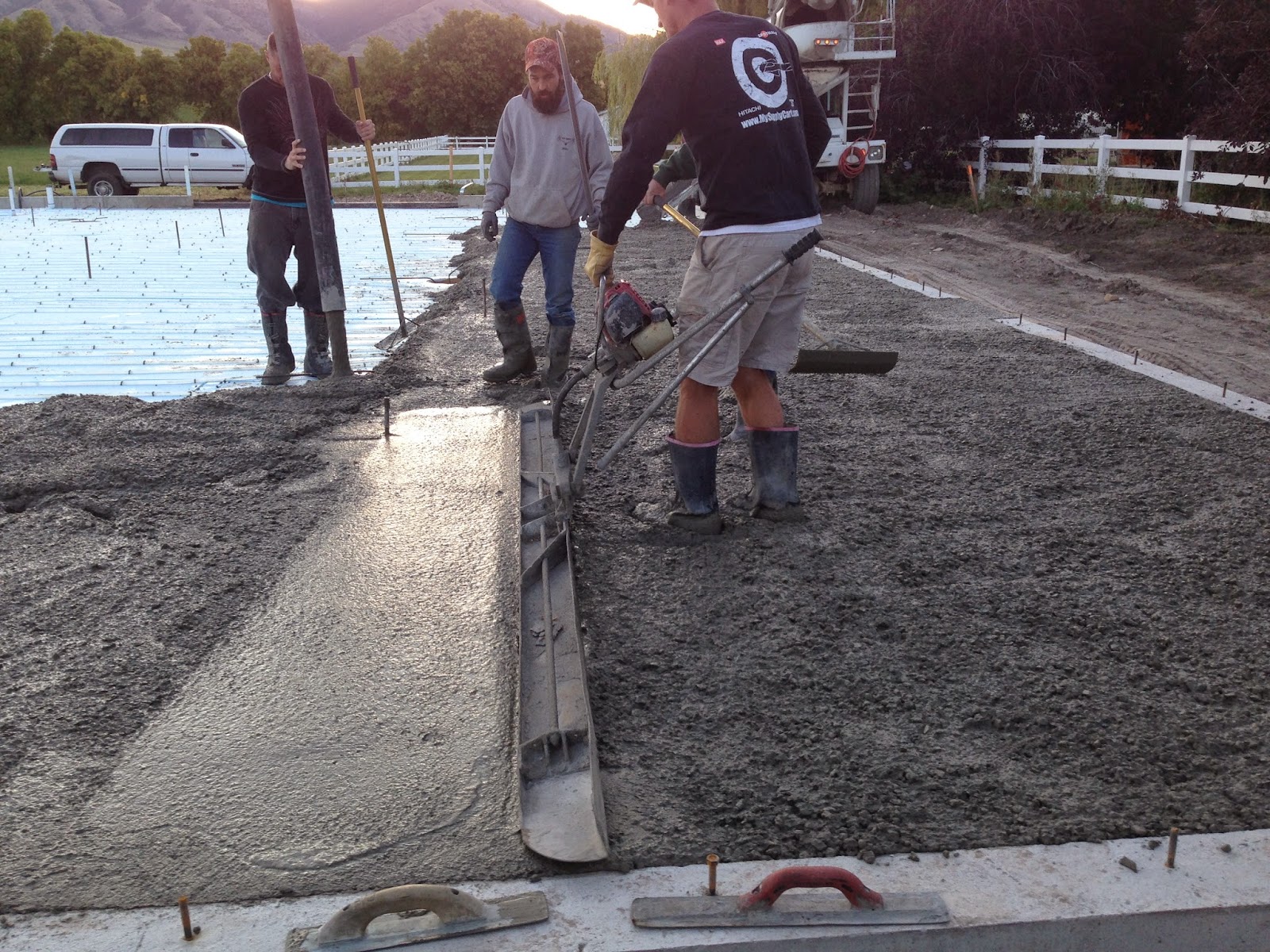 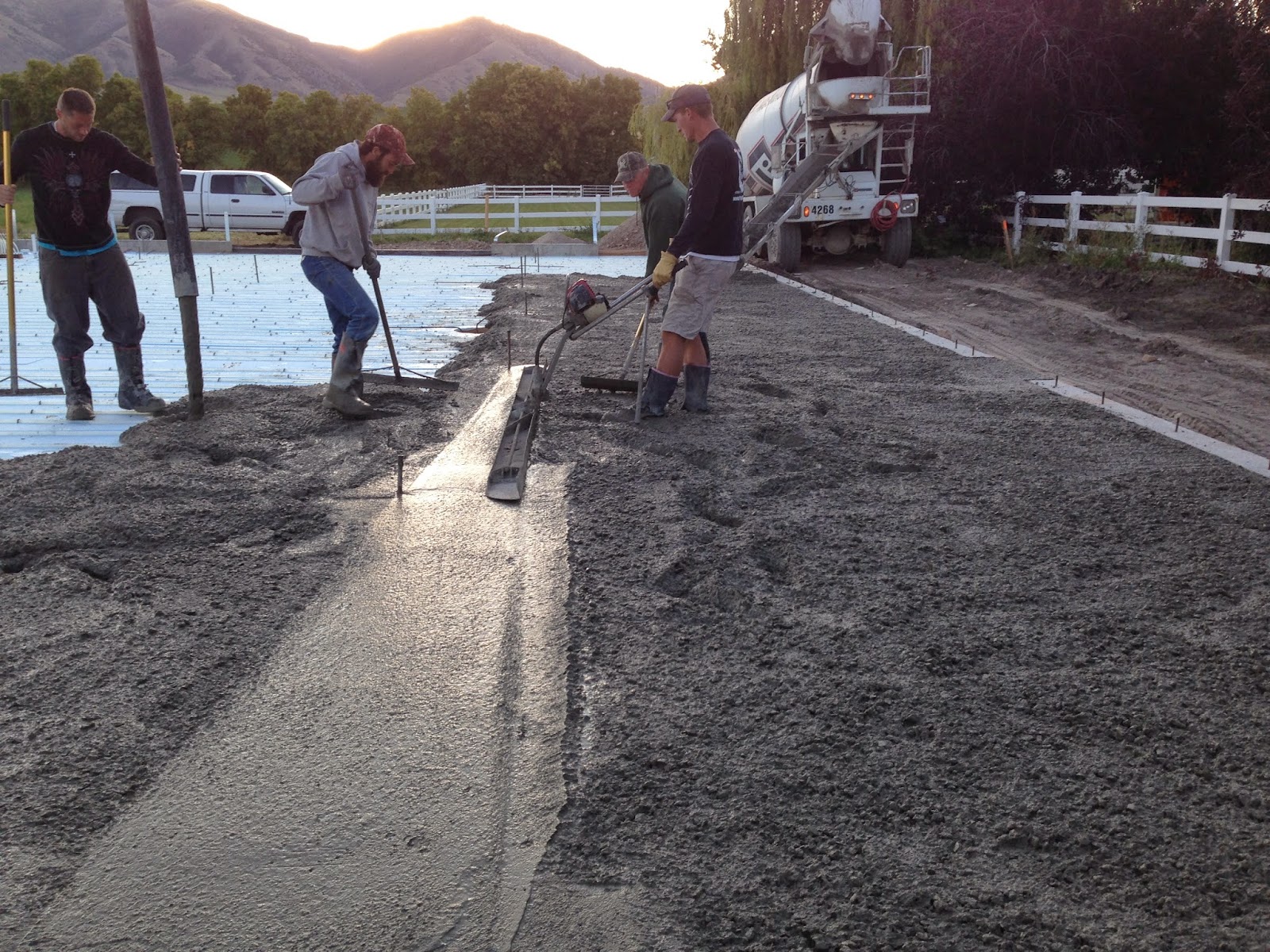 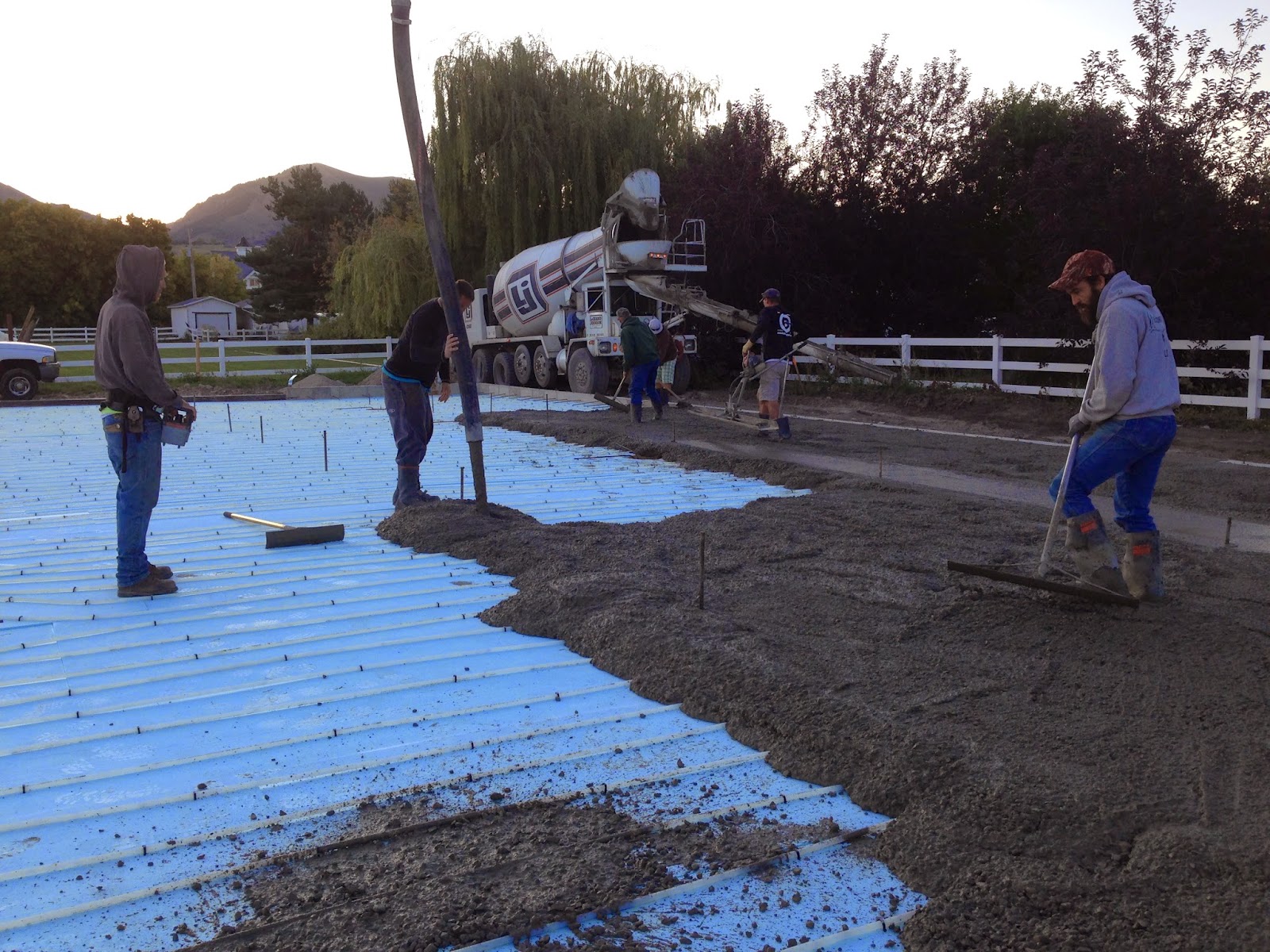 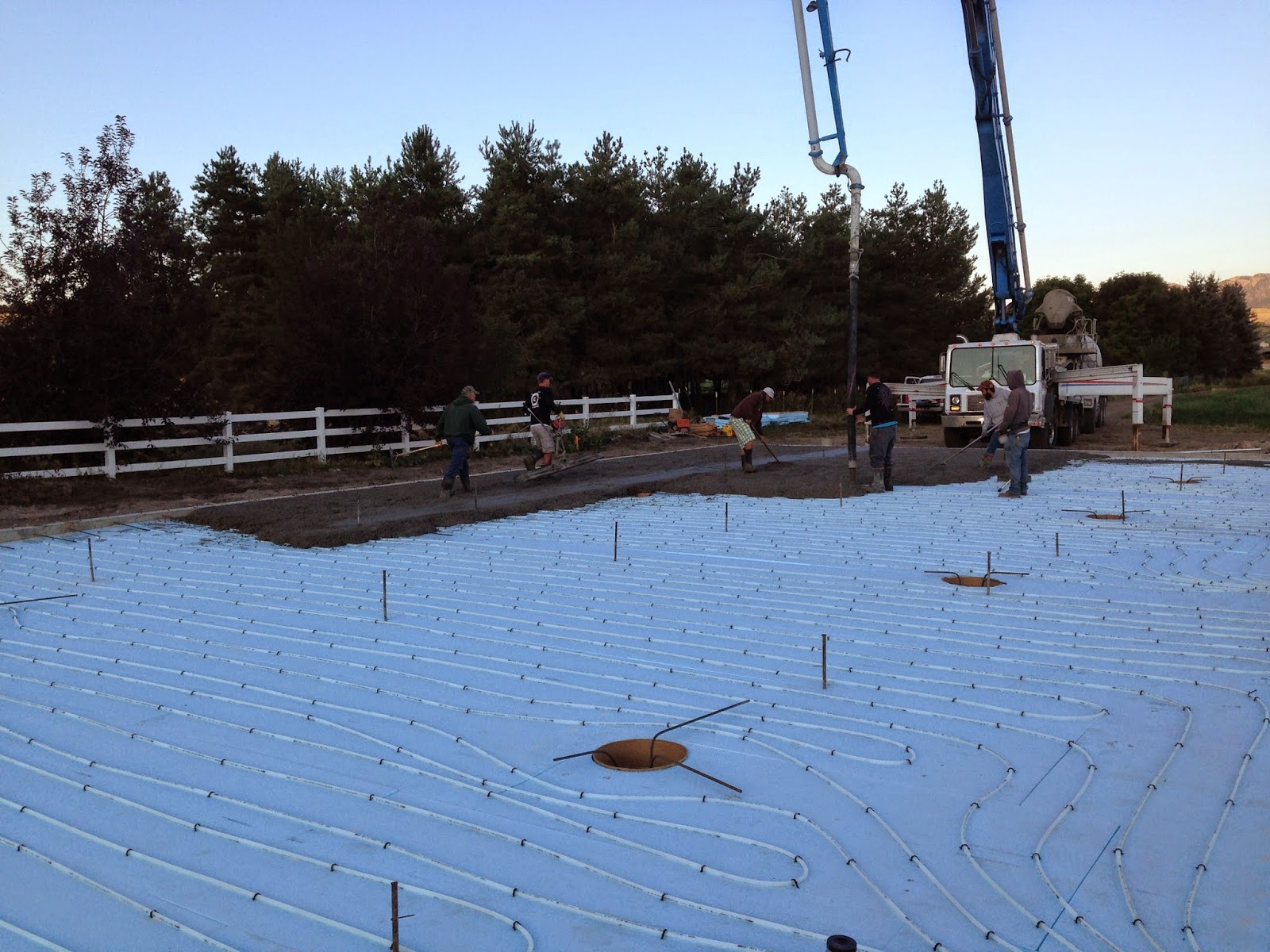 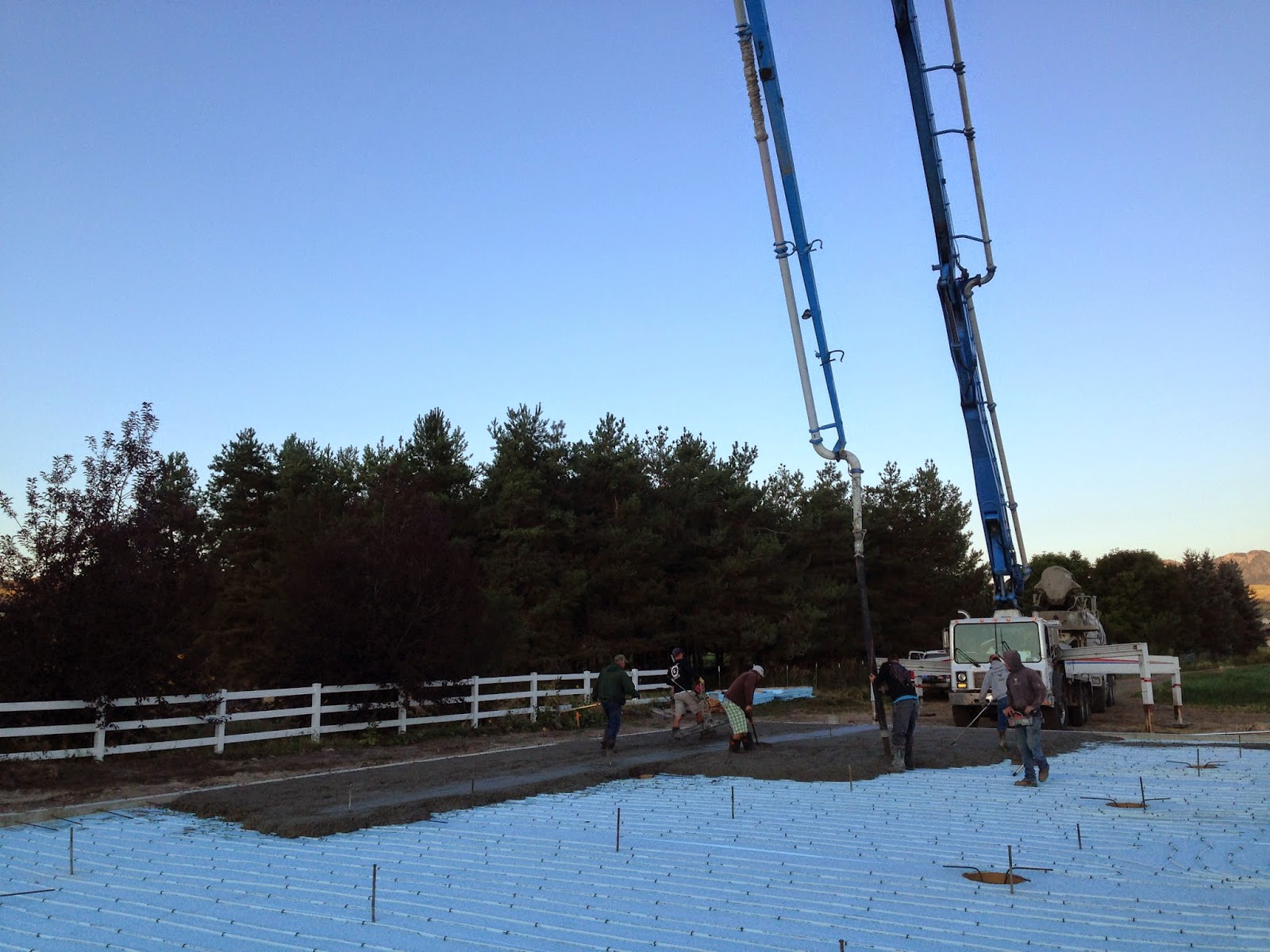 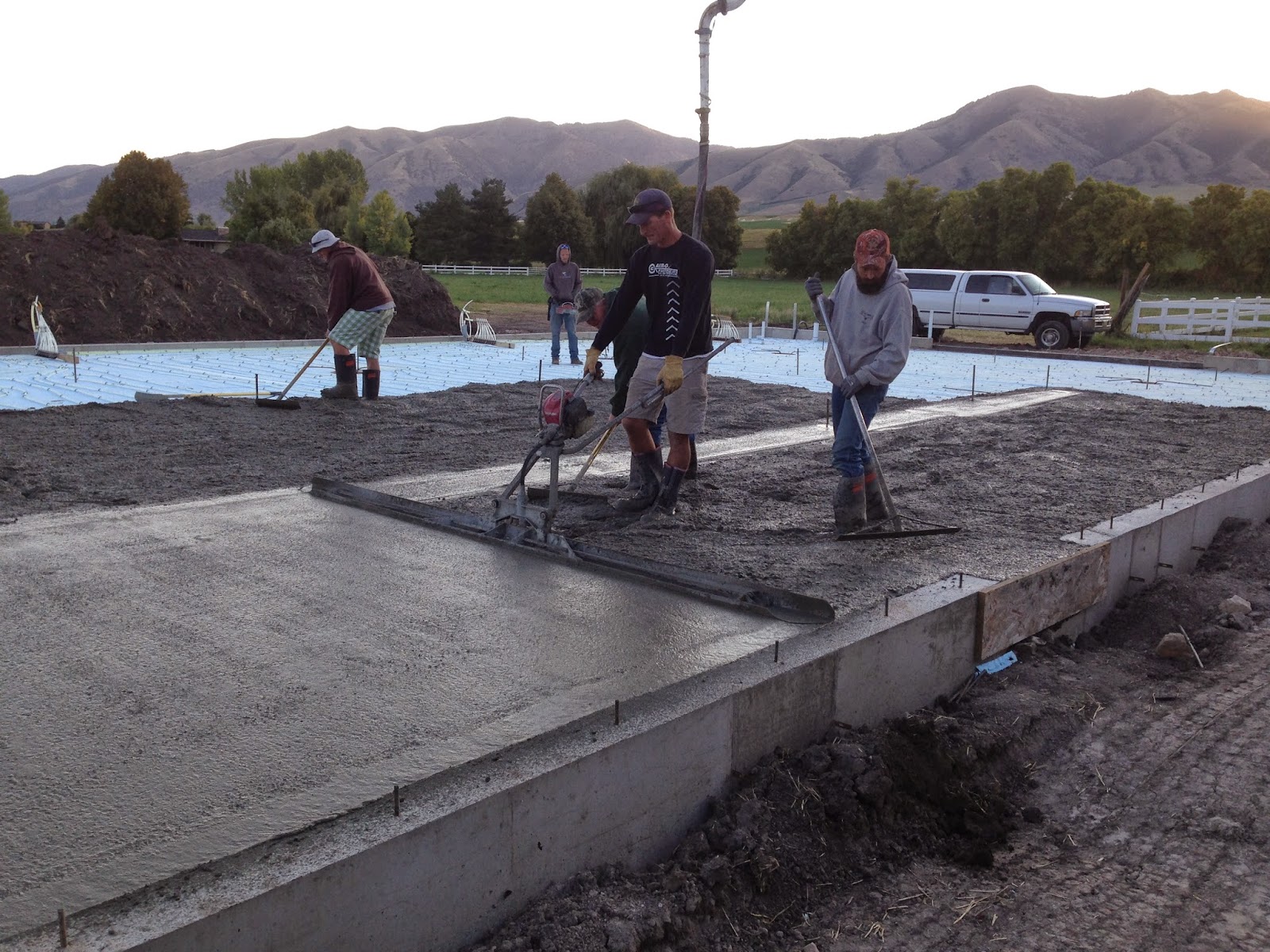 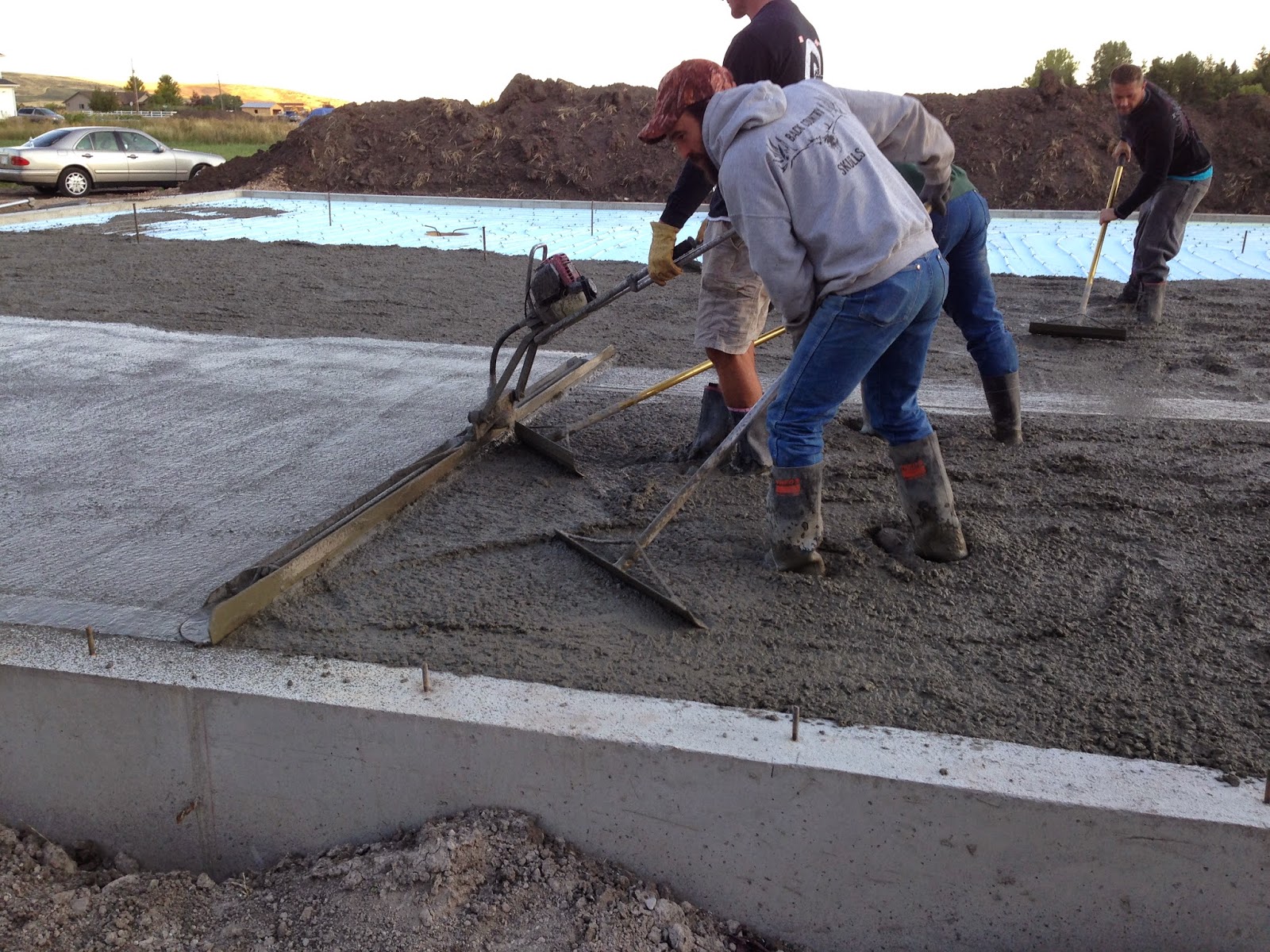 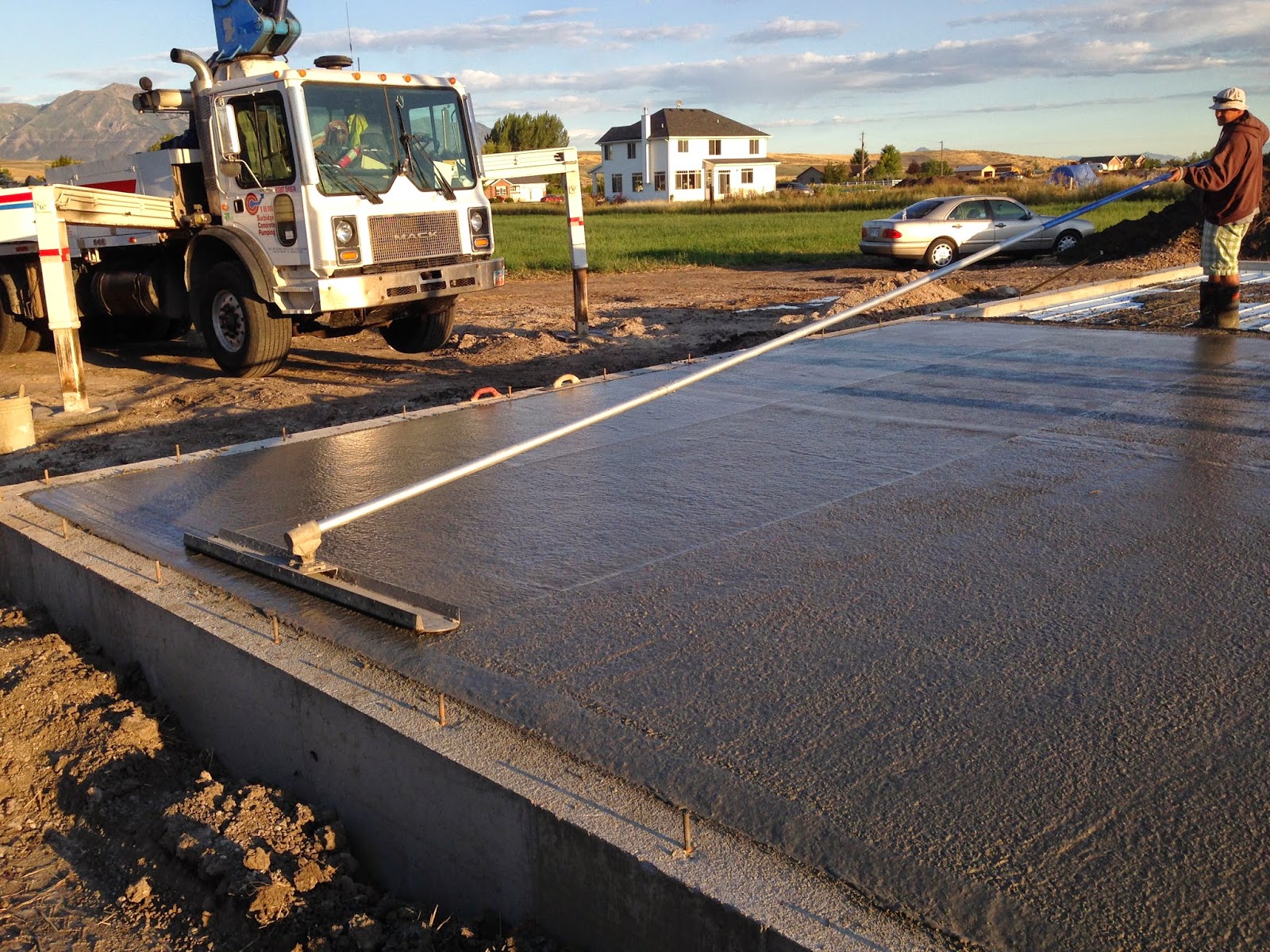 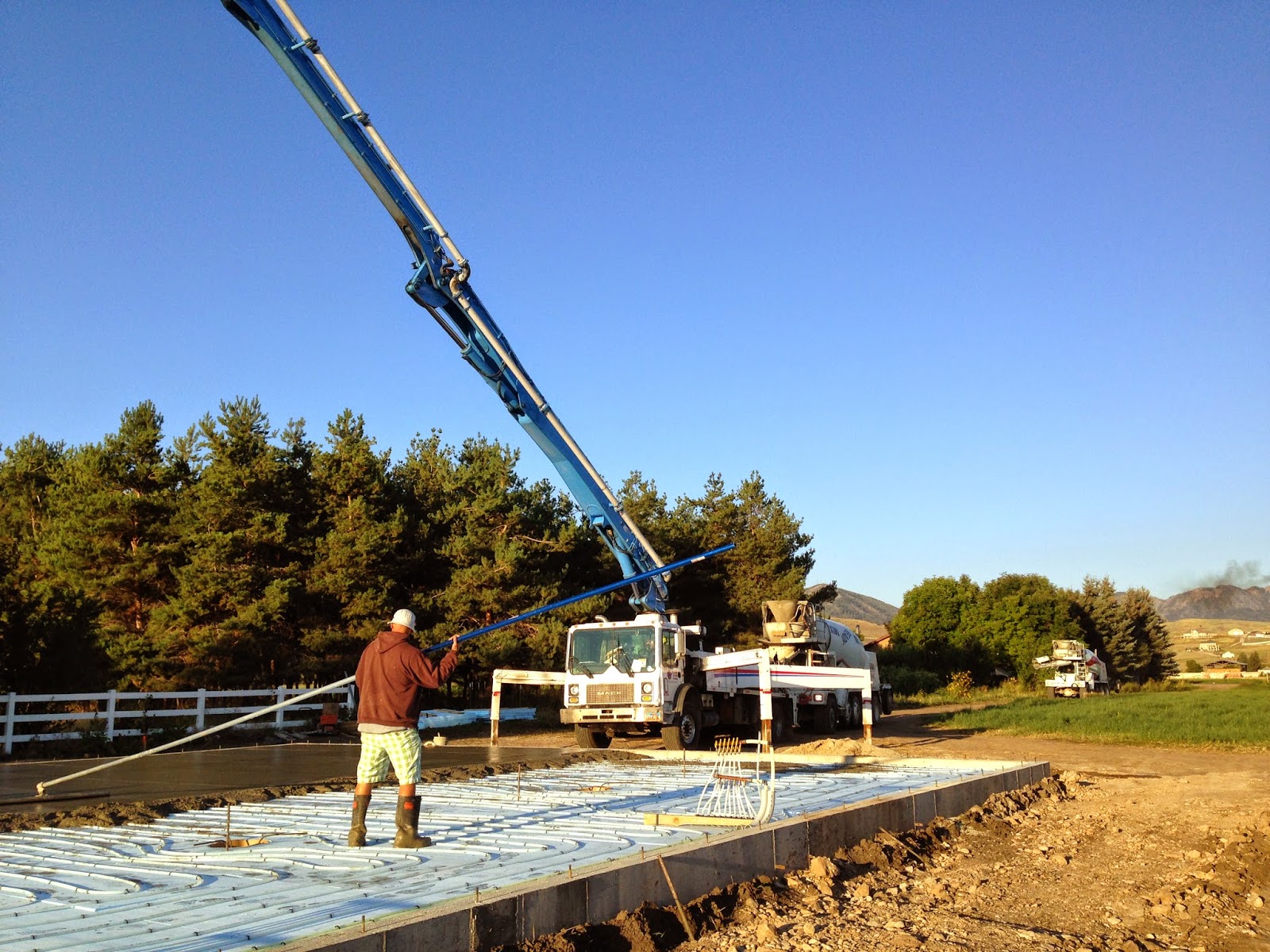 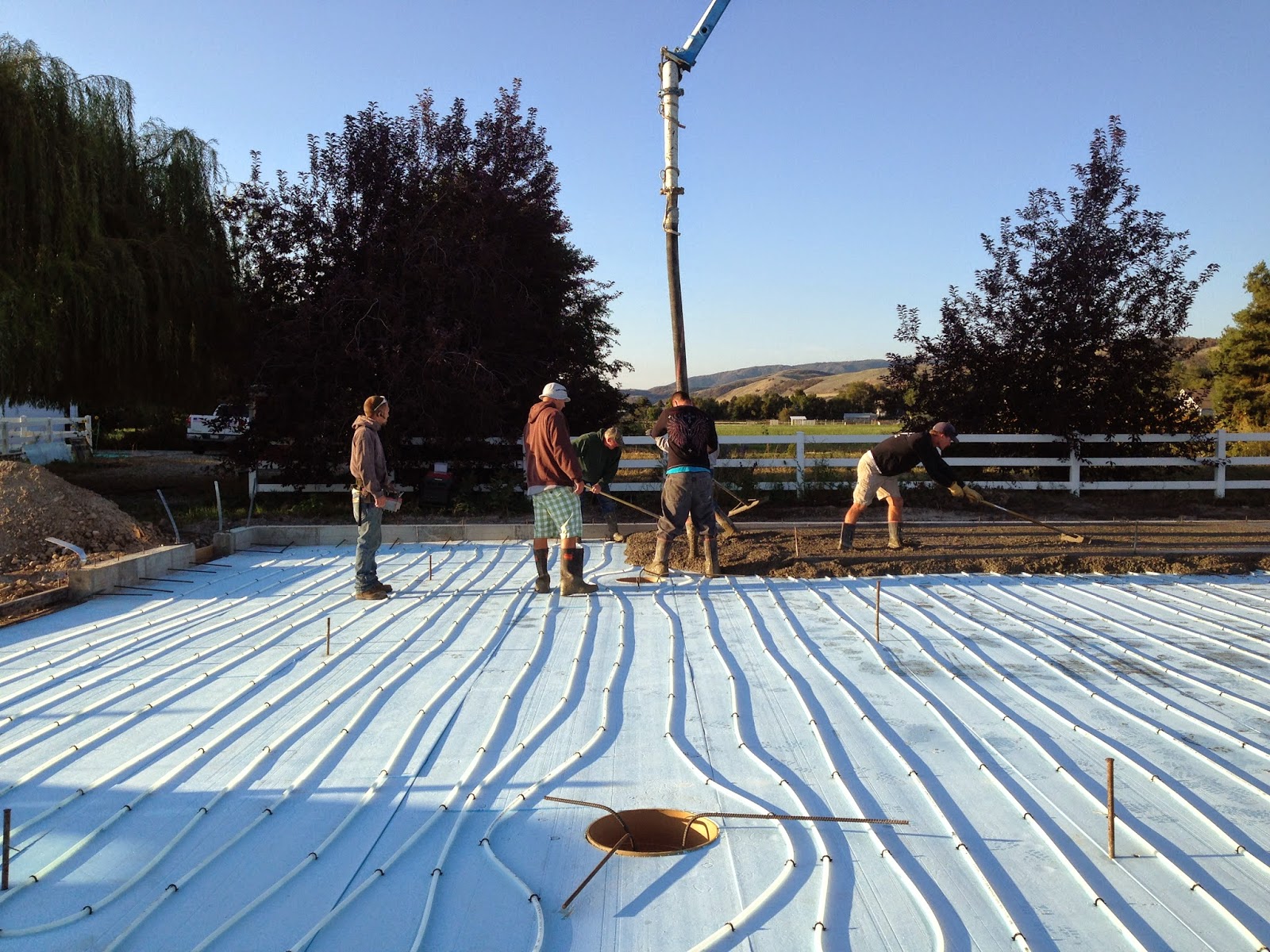 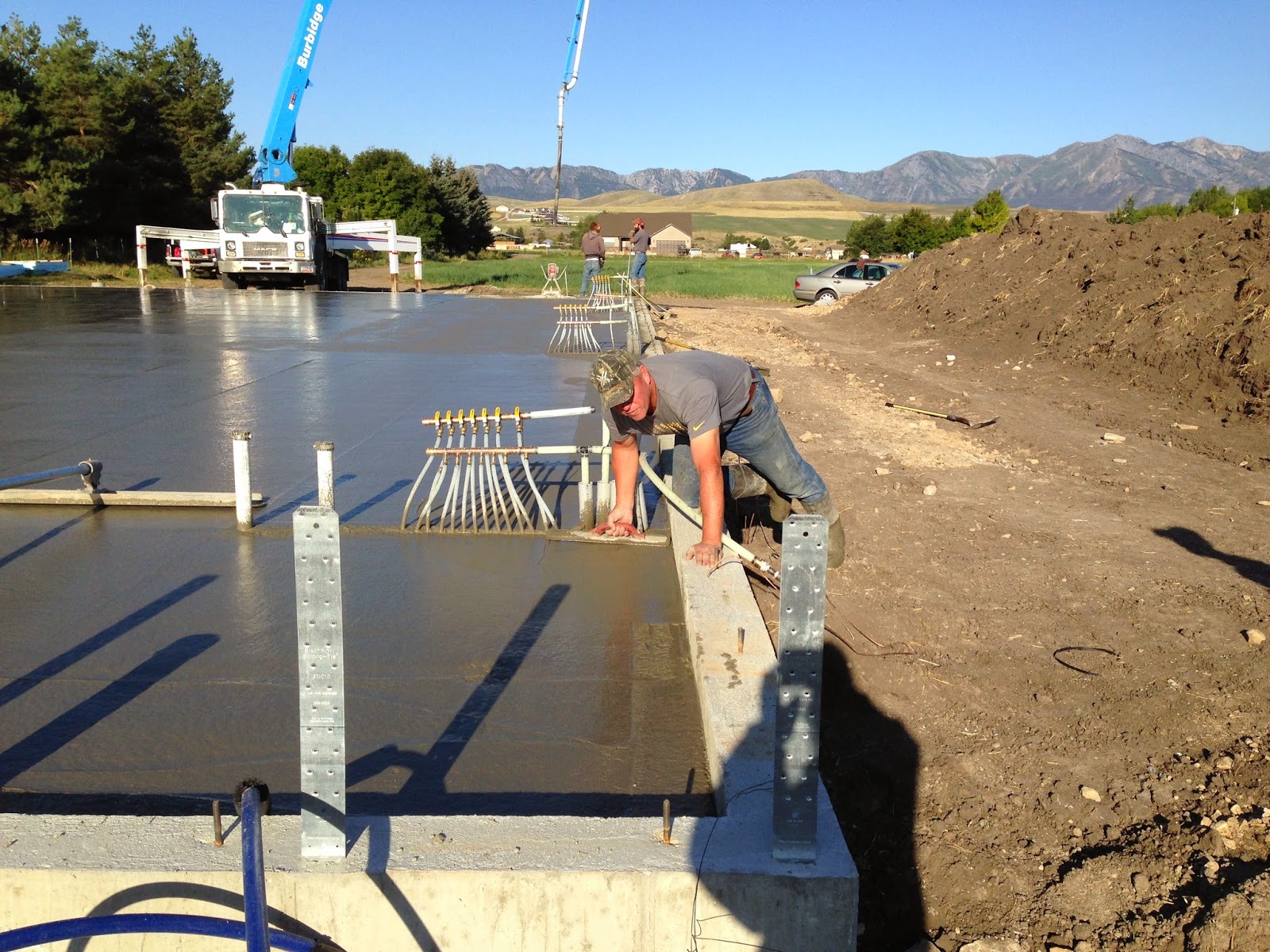 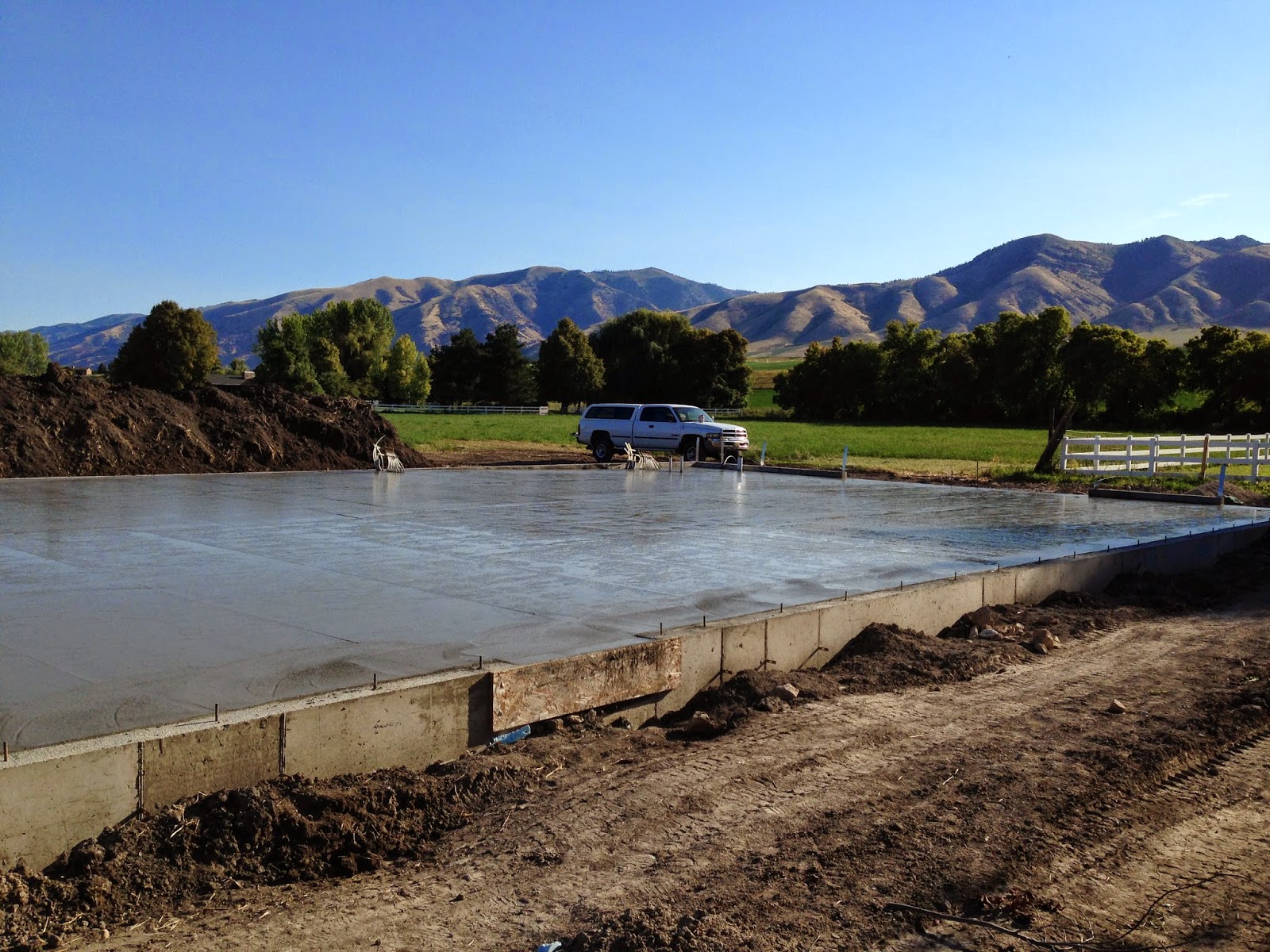 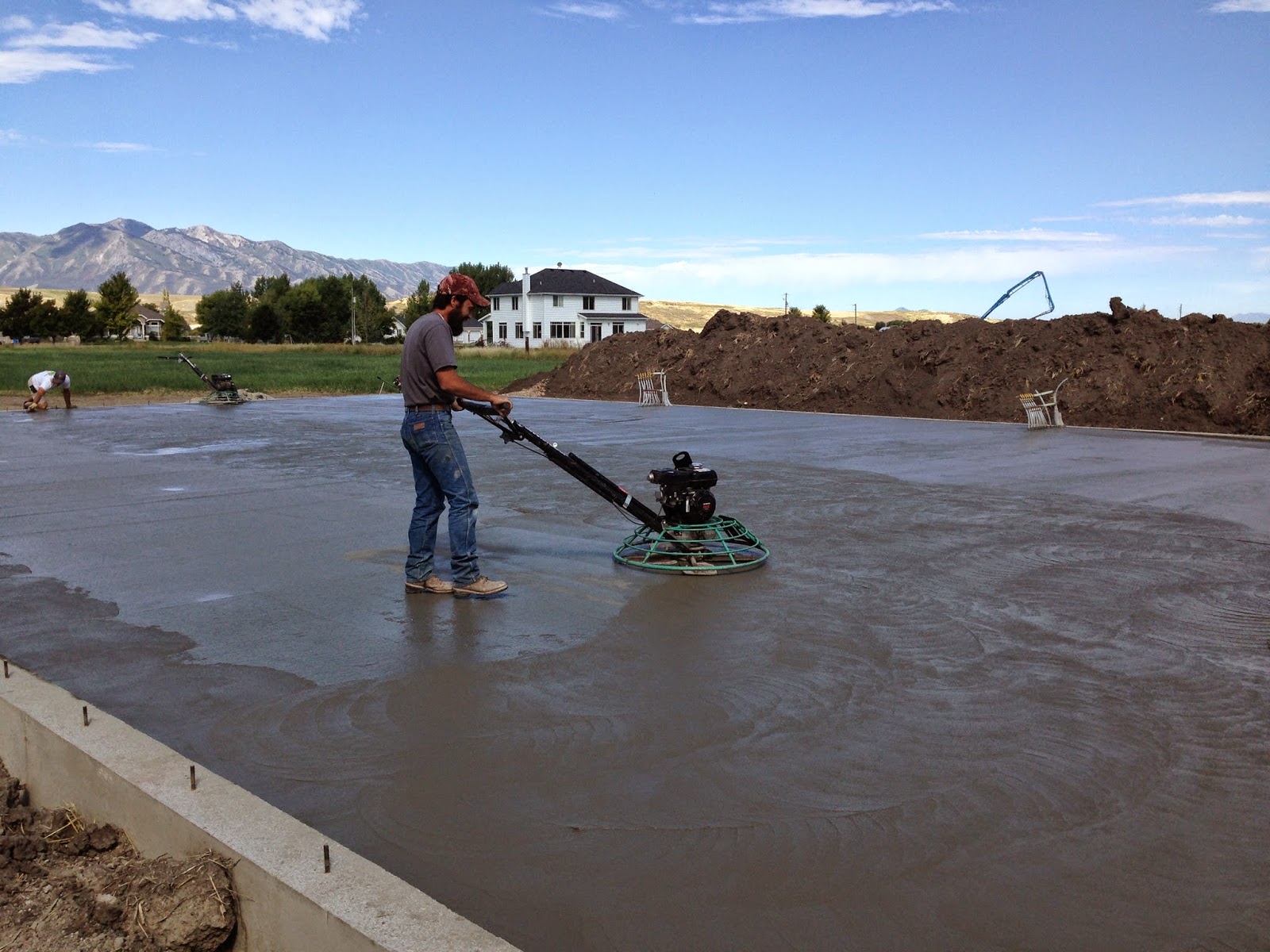 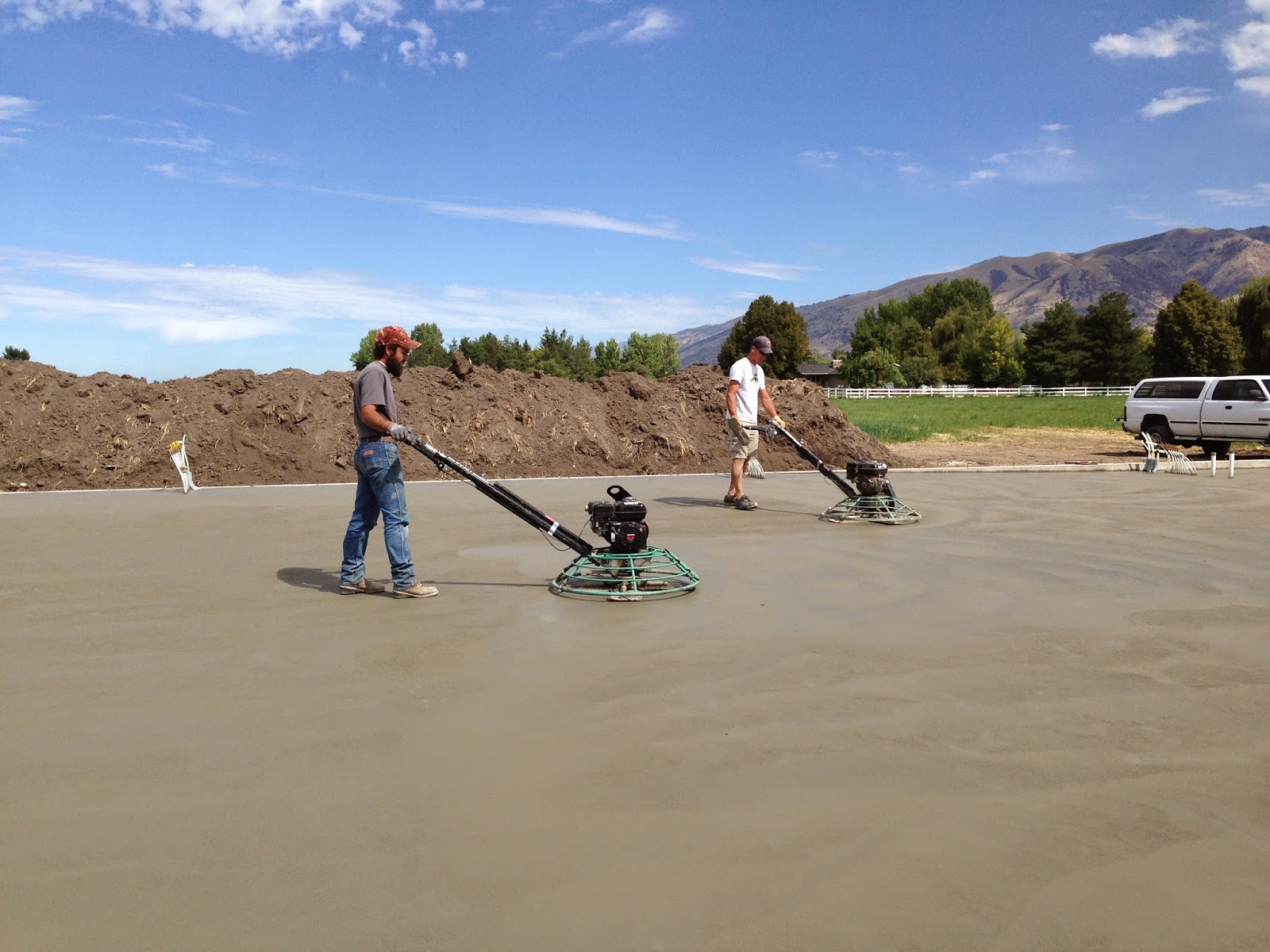 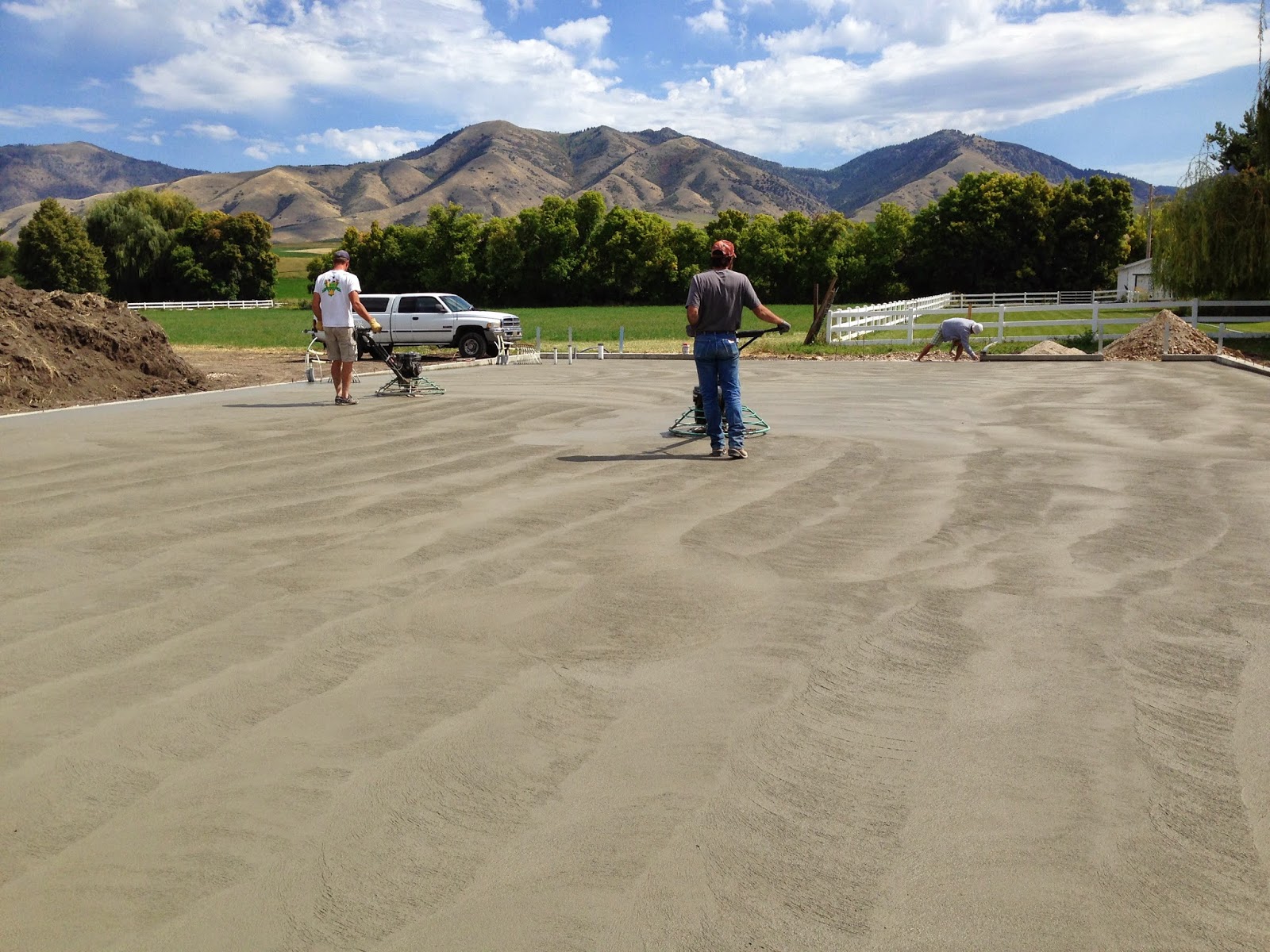 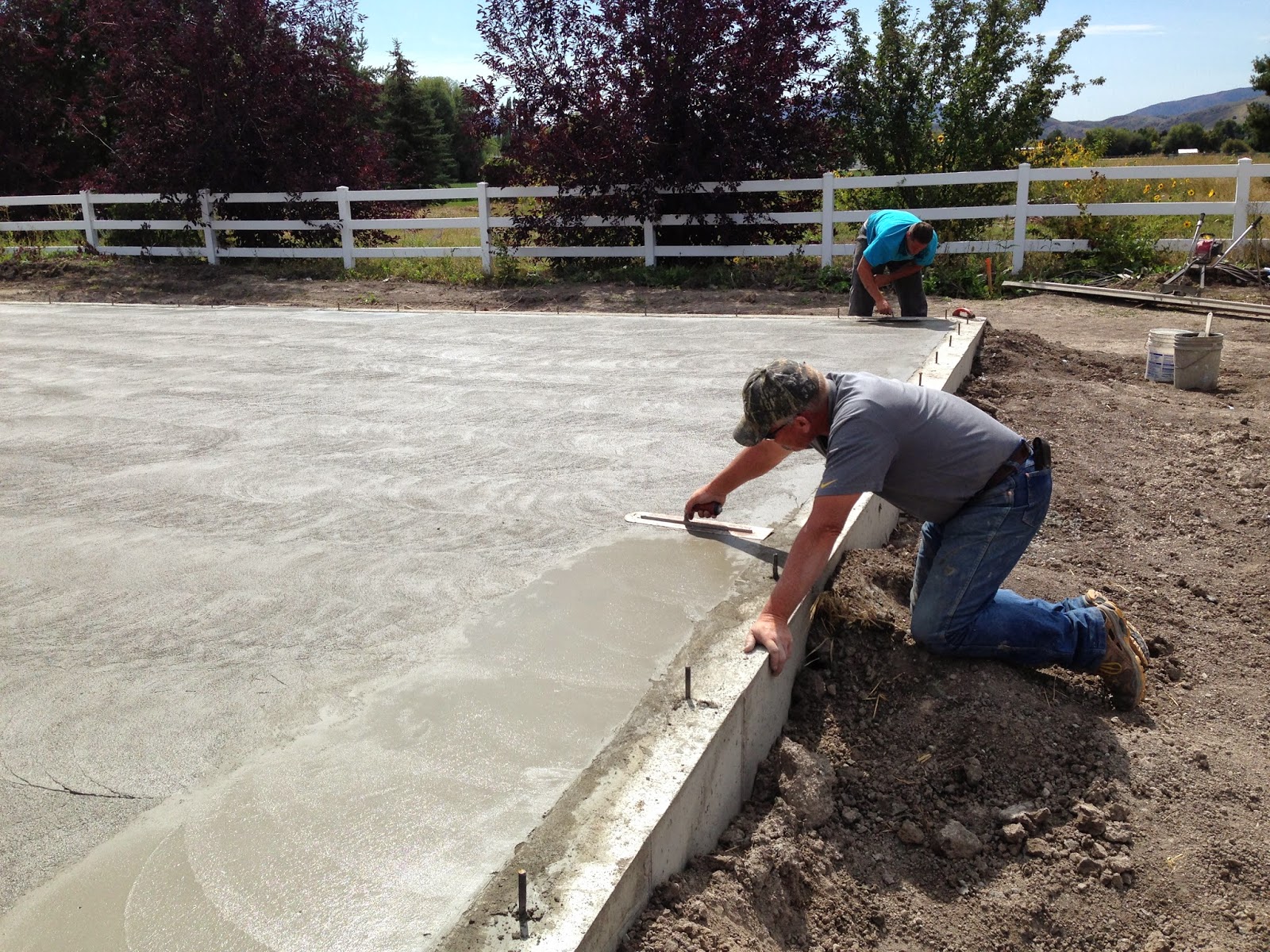 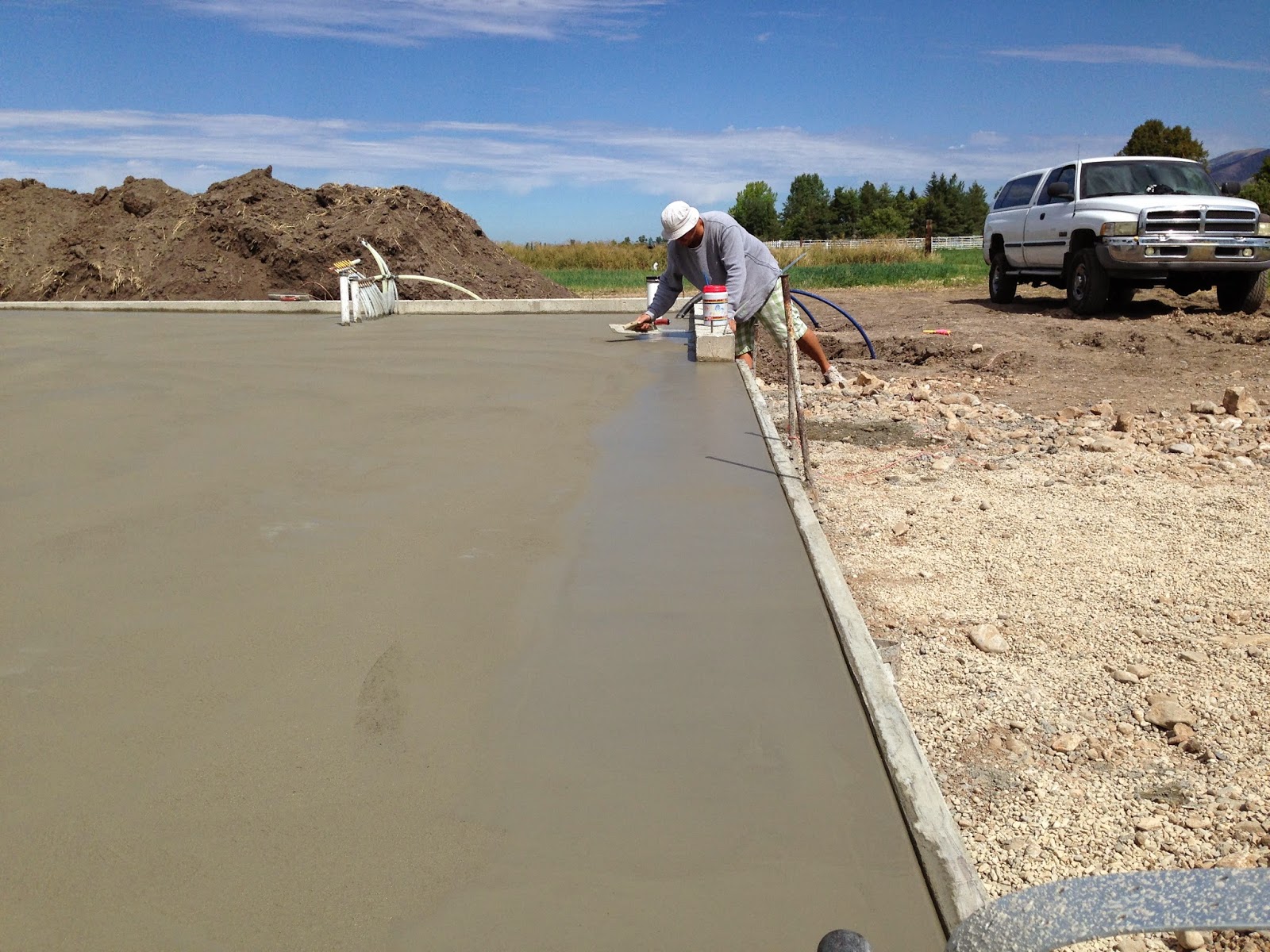 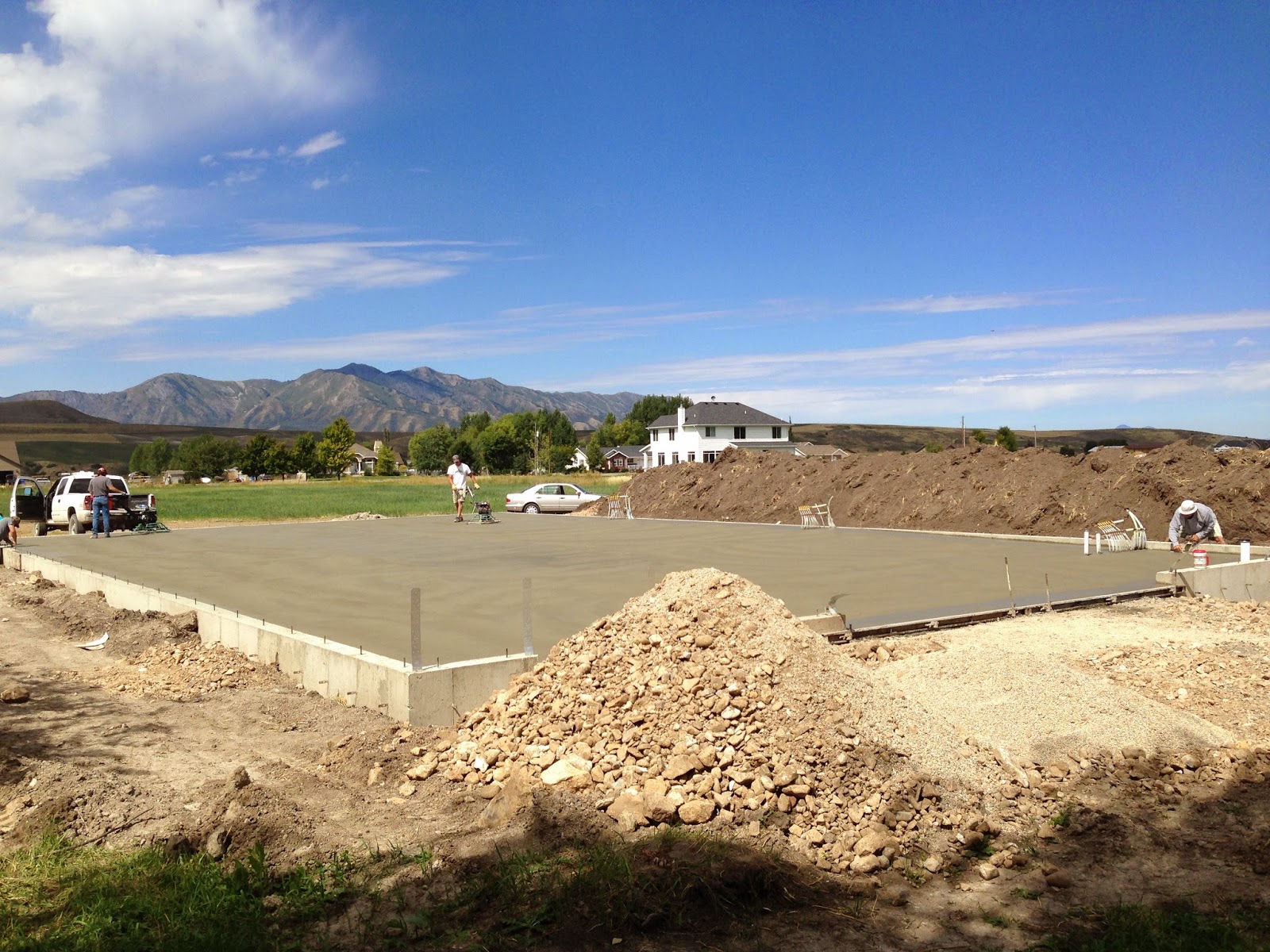 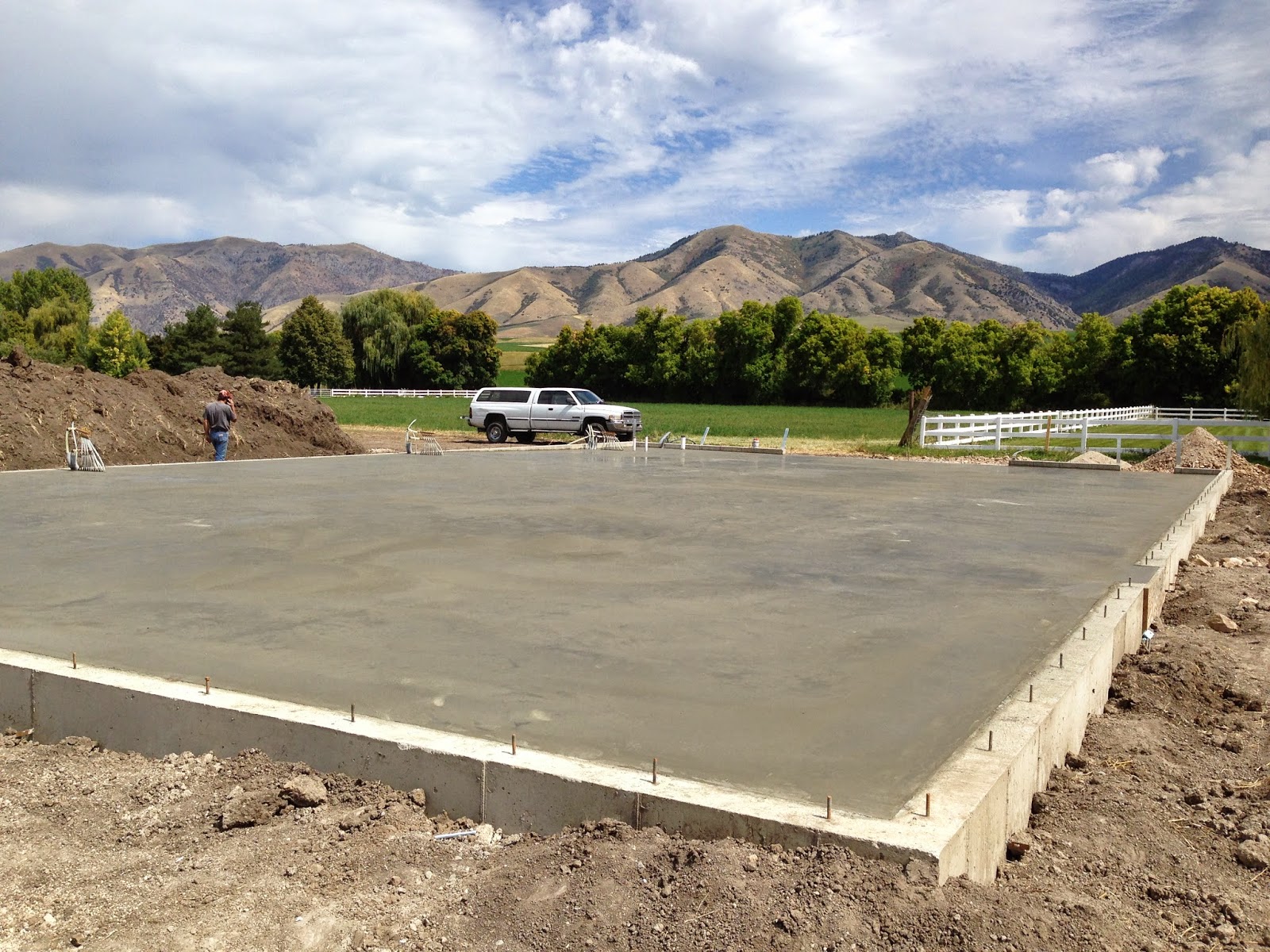 Posted by Unknown at (permalink) 1:22 PM No comments:

Migration patterns...  Via friend, reader, and former colleague Simon M., this fascinating interactive map.  Click on any country, and all the other countries in the world become color-coded to show where immigrants to that country come from.  Click again on the same country, and it shows you where emigrants from that country go.  Just clicking around randomly showed up all sorts of patterns that were unexpected to me.  For example, Thailand is one of the top sources of immigrants to Iceland.  Brazilians emigrate in large numbers to Japan.  And over a million Russians emigrated to Germany in 2013!
Posted by Unknown at (permalink) 9:02 AM No comments:

Imagine ... discovering a secret room in a house you just bought.  Then imagine that secret room had a doorway to a secret tunnel – and that tunnel led to a giant underground city.  That's exactly what happened to this guy!
Posted by Unknown at (permalink) 8:51 AM No comments: