Murder at the Safeway...


Tired of constantly being broke & stuck in an unhappy marriage, a young husband decided to solve both problems by taking out a large insurance policy on his wife with himself as the beneficiary, and then arranging to have her killed.

A 'friend of a friend' put him in touch with a nefarious dark-side underworld figure who went by the name of 'Artie.'

Artie then explained to the husband that his going price for snuffing out a spouse was $5,000.

The husband said he was willing to pay that amount, but that he wouldn't have any cash on hand until he could collect his wife's insurance money.

Artie insisted on being paid at least something up front, so the man opened his wallet, displaying the single dollar bill that rested inside.  Artie sighed, rolled his eyes, & reluctantly agreed to accept the dollar as down payment for the dirty deed.

A few days later, Artie followed the man's wife to the local Safeway store. There, he surprised her in the produce department & proceeded to strangle her with his gloved hands & as the poor unsuspecting woman drew her last breath & slumped to the floor........

The manager of the produce department stumbled unexpectedly onto the murder scene. Unwilling to leave any living witnesses behind, ol' Artie had no choice but to strangle the produce manager as well.

However, unknown to Artie, the entire proceedings were captured by the hidden security cameras & observed by the store's security guard, who immediately called the police Artie was caught & arrested before he could even leave the store.

Under intense questioning at the police station, Artie revealed the whole sordid plan, including his unusual financial arrangements with the hapless husband who was also quickly arrested.

The next day in the newspaper, the headline declared:


Oh, quit groaning! I don't write this stuff, I receive it from my warped friends and then send it on to you.

This is dedicated to my dad, who will know why.
Posted by Unknown at (permalink) 3:57 AM No comments:

Obamacare and the Cowboy...


A cowboy from  Texas attends a social function where Barack Obama is trying to gather more support for his Health Plan. Once he discovers the cowboy is from President Bush’s home area, he starts to belittle him by talking in a southern drawl and single syllable words.

As he was doing that, he kept swatting at some flies that were buzzing around his head. The cowboy says, "Y'all havin' some problem with them circle flies?"

Obama stopped talking and said, "Well, yes, if that's what they're called, but I've never heard of circle flies."

"Well Sir," the cowboy replies, "circle flies hang around ranches. They're called circle flies because they're almost always found circling around the back end of a horse."

"Oh," Obama replies as he goes back to rambling. But, a moment later he stops and bluntly asks, "Are you calling me a horse's ass?"

"No, Sir," the cowboy replies, "I have too much respect for the citizens of this country to call their President a horse's ass."

"That's a good thing," Obama responds and begins rambling on once more.

After a long pause, the cowboy, in his best Texas drawl says ... "Hard to fool them flies, though."

Posted by Unknown at (permalink) 3:53 AM No comments:

From a couple we know who spends a lot of time “cruising” on their boats:


Ellen & I are preparing to return to Sirius Endeavour to continue our adventures.  This past summer we had a fabulous time aboard Emerald Rose at the North end of Vancouver Island.

But the purpose of this note is to make a special request to fellow cruisers and friends.  72 days ago, my cousin, Josh, was on a hike in the East of Iraq when he strayed onto the Iranian border and was arrested and imprisoned along with two friends.  He remains today in an Iranian prison apparently in solitary confinement and without any way to communicate with his parents.  He is the latest pawn the Iranians are using for political gain.

Ellen and I have known Josh since he was a little boy and like me he graduated from the University of California at Berkeley and loves adventure.  He is an outdoorsman and hiker like his older brother and my nephew Alexander just like I was until I switched to cruising in boats.  It runs in the family.

A website: freethehikers.org has been created to bring his story to the attention of the world in the hope that sufficient pressure can be brought to bear to release him and his two friends from false and unjust imprisonment.  If you would be so kind as to 1. review this website www.freethehikers.org and click on the button at the top: TAKE ACTION and then click to sign an electronic petition for his release and 2. email his plight to others you know that they might also take a step in the direction of their release; I would be greatly pleased.

I would like to think that as cruisers and adventurers, we are all outraged by Iran's behavior, specially when their Koran specifically states that travelers are to be treated with respect and kindness, not malevolent injustice.

Thank you for your consideration,
don & ellen


We've been there and done that.  Won't you?
Posted by Unknown at (permalink) 3:48 AM No comments:

A Lesson Learned While Young... 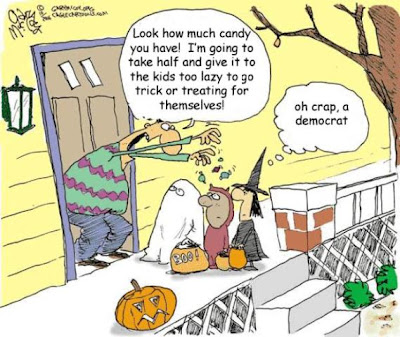 Posted by Unknown at (permalink) 3:36 AM No comments: