Ryan Poster of the Day... 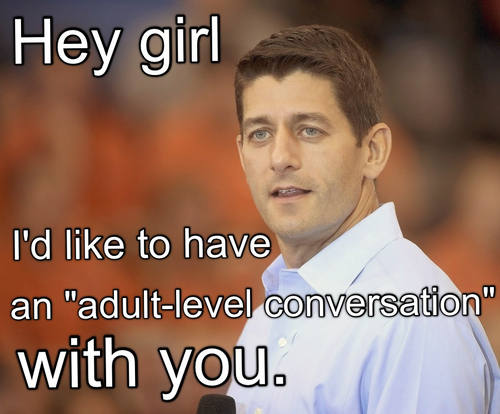 Not long ago, the inimitable Mark Steyn published a piece in National Review Online (NRO) in which he ripped apart Michael Mann (the originator of the infamous “hockey stick” graph that effectively started the global warming wackiness).  Dr. Mann didn't like being ripped apart, so he's now threatened to sue NRO and Mr. Steyn.  Rich Lowry (editor of NRO) responded publicly today.  The best part of his response?  The headline: Get Lost.  The whole piece is great, though.  An excerpt:


So why threaten to sue us? I rather suspect it is because the Steyn post was savagely witty and stung poor Michael.

Possessing not an ounce of Steyn’s wit or eloquence, poor Michael didn’t try to engage him in a debate. He sent a laughably threatening letter and proceeded to write pathetically lame chest-thumping posts on his Facebook page. (Is it too much to ask that world-renowned climate scientists spend less time on Facebook?)

Mr. Lowry goes on to say that this lawsuit (should it actually materialize) isn't the nuisance such lawsuits normally are.  In fact, because of one little word this lawsuit is a golden opportunity.  That word: “discovery”.

Read the whole thing!
Posted by Unknown at (permalink) 6:45 AM No comments:

Posted by Unknown at (permalink) 6:36 AM No comments:

A new wire protocol with some interesting attributes...
Posted by Unknown at (permalink) 6:35 AM No comments:

...but with a refreshing twist: mainstream media coverage!  Here's the data showing that the earlier reported “unprecedented” ice melt in Antarctica was, in fact, quite precedented.  And here's an article in the mainstream media (British, but still mainstream!) that actually discusses it on a recognizably factual basis.  A true flying pig moment...
Posted by Unknown at (permalink) 6:34 AM No comments:

The photo below was taken a few minutes ago from Lyon's Peak, a few hundred feet higher than our home.  The layer of clouds you see is currently enveloping our house... 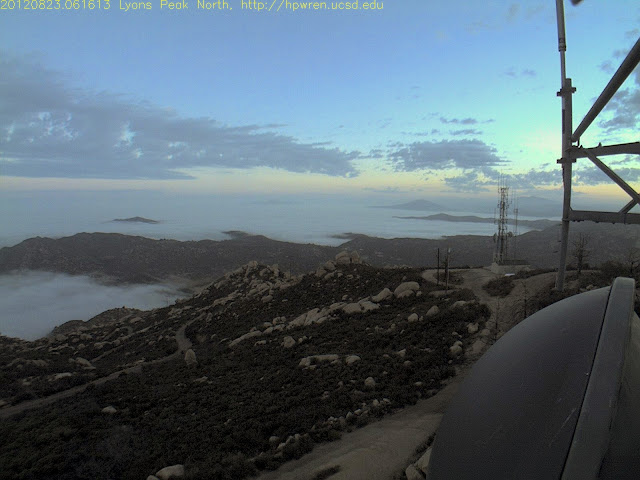 Obama made a joking remark at an event yesterday.  Despite it being intended as a joke, the exact wording he chose is very telling:


It is very rare I come to an event where I’m like the fifth or sixth most interesting person. Usually the folks want to take a picture with me, sit next to me, talk to me. That has not been the case at this event and I completely understand.

Most people would make that joking remark something like this:


Usually when the President is in the room, he's the focus of attention. Folks want to take a picture with him, sit next to him, talk with him. Understandably, that's not the case at this event.

Obama's use of the first person and the phrase “most interesting person” speak volumes about him.  He is a man very full of himself...
Posted by Unknown at (permalink) 6:21 AM No comments: