Political Cartoon of the Day...

Via my plugged-in mom: 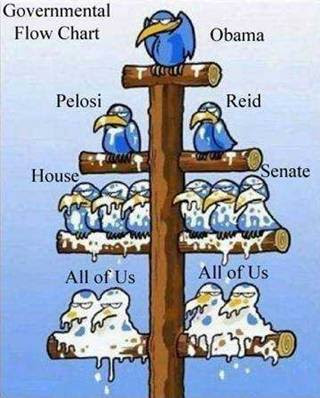 I don't much care for my position on this chart.  Do you?
Posted by Unknown at (permalink) 6:47 AM No comments:

According to my mom, this is about what I should expect:


A group of 40 year old former college buddies meets to discuss where they should have dinner. Finally it is agreed that they should dine at the Gausthof zum Lowen restaurant because the waitresses there have low cut blouses and nice breasts.

10 years later, at 50 years of age, the group meets again and once again they discuss where they should meet. Finally it's agreed that they should meet at the Gausthof zum Lowen because the food is very good and the wine selection is good also.

10 years later, at 60 years of age. the group meets again and again they discuss where they should dine. Finally it's agreed that they should meet at the Gausthof zum Lowen because they can eat there in peace and quiet and the restaurant is smoke free.

10 years later, at 70 years of age, the group meets again and once again they discuss where they should dine. Finally they once again decide that they should meet at the Gausthof zum Lowen because the restaurant is wheel chair accessible and even has an elevator.

10 years later, at 80 years of age, the group meets again and once again they discuss for over an hour where they should eat. Finally they decide that they should meet at the Gausthof zum Lowen -- all agree it's an excellent choice because they have never been there before.

Reader Dick F. passed along an email that talks about a new law coming into effect in California on January 1, 2010.  The law cited is called the “move over” law, and according to the email we Californians became the 48th state to enact this law.  The basic idea behind the law is that if you see any kind of emergency vehicle displaying flashing lights, you're required to move over one lane (if it's possible), leaving an empty lane between you and the emergency vehicle.  The email goes on to cite one man's experience with the law, claiming he got a $754 ticket, 3 points on his license, and had a mandatory court appearance.

With a little research on the web, I was able to sort the reality from the garbage in that email.

Second, the fine – both in the original law and in the revision ” is limited to $50.  There are no points on drivers licenses cited, and there is no mandatory court appearance.

You can read for yourself the actual law, a web site supporting the law, and the press release concerning the revised law.
Posted by Unknown at (permalink) 6:39 AM 1 comment: 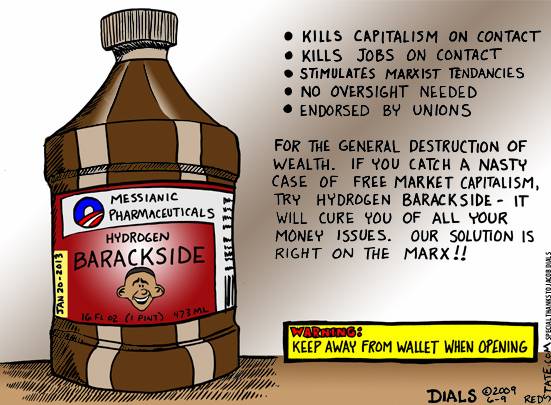 Via my mom.  The accompanying text says that the cartoon is from Scotland and that the whole world is laughing at us.  What I've read in the UK press (which is far less homogenized than ours) is a mixture of poking fun at us (from the conservative-leaning outlets) and disappointment and dismay (from the left-leaning outlets)...
Posted by Unknown at (permalink) 6:22 AM No comments: