I hope this poem has the same effect on you as it did on me - then my forwarding it will be worth the effort. Walk with me by the water - worth the read...

A BEAUTIFUL POEM ABOUT GROWING OLDER: 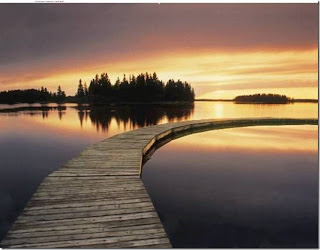 Here's a nice illustration of one of the many things I miss about George W. Bush ... especially when comparing him to Barack Obama.

Here's Bush's speech after the capture of Sadadam Hussein:


"The success of yesterday's mission is a tribute to our men and women now serving in Iraq. The operation was based on the superb work of intelligence analysts who found the dictator's footprints in a vast country. The operation was carried out with skill and precision by a brave fighting force. Our servicemen and women and our coalition allies have faced many dangers in the hunt for members of the fallen regime, and in their effort to bring hope and freedom to the Iraqi people. Their work continues, and so do the risks. Today, on behalf of the nation, I thank the members of our Armed Forces and I congratulate them!"

And Obama's speech after the killing of Osama Bin Laden:


"And so shortly after taking office, I directed Leon Panetta, the Director of the CIA, to make the killing or capture of bin Laden the top priority of our war against al Qaeda, even as we continued our broader efforts to disrupt, dismantle, and defeat his network. Then, last August, I was briefed on a possible lead to bin Laden. It was far from certain, and it took many months to run this thread to ground. I met repeatedly with my national security team as we developed more information about the possibility that we had located bin Laden hiding within a compound deep inside of Pakistan. And finally, last week, I determined that we had enough intelligence to take action, and I authorized an operation to get Osama bin Laden and bring him to justice. Today, at my direction, the United States launched a targeted operation against that compound in Abbottabad, Pakistan."

Another Medal for Obama? 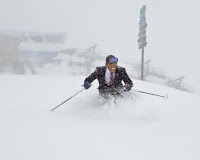 American Lindsey Vonn has had to forfeit her Gold Medal on Thursday, September 1, 2011.

The International Olympic Committee announced today that it has taken back the gold medal previously awarded to American skier Lindsey Vonn and given it to U.S. President Barack Obama.

Olympic officials said Obama deserved the medal more than Vonn becauseno one has ever gone downhill faster than he has.