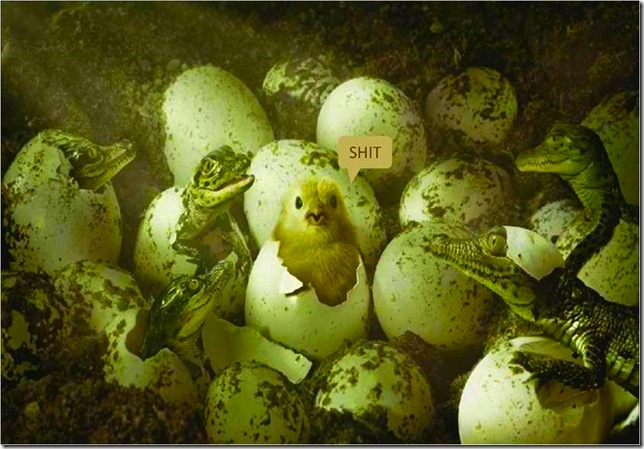 Cicadas are currently emerging on the east coast of the U.S.  These are interesting large insects that I remember well from my childhood in New Jersey.  The North American species (called “periodical cicadas”) have a fascinating quirk: they breed in multi-year cycles of either 13 or 17 years.  They spend most of their lives underground, feeding from the roots of trees.  But every 13 or 17 years (depending on the group, or brood they belong to), they emerge, transform in the large flying insect pictured at right, and breed – thereby starting the next 13 or 17 year cycle.

If you're into math at all, you probably noted immediately that both 13 and 17 are prime numbers.  Is there are reason why those cycles are a prime number of years?  I've wondered that myself.

This morning I read about a hypothesis for this phenomenon.  If it's true that the cicada have multiple predators (that is, things that eat cicadas) whose populations vary cyclically (but independently), then it's provable that the best way for the cicadas to have a regular life cycle while minimizing the chances of being eaten is to have a life cycle that is a prime number of years long.  This, of course, would provide an evolutionary pressure giving the advantage to cicadas whose life cycles happened to be a prime number of years long.  After a few thousand generations, you'd get the situation we have today.

Awesome!
Posted by Unknown at (permalink) 10:01 AM No comments: