Strange Factoid of the Day... I can't even come up with a theory about this one.

The chart at right shows the average credit score for people with email addresses at various Internet domains.  For instance, if your email address is crazy_pecan@aol.com, then you'd be counted in the AOL domain.

Someone at CreditKarma came up with this study.  Why they would look at this correlation is just as interesting a question as the results of it.

Why on earth should people with a Yahoo email address have a (much) lower credit score than those with a BellSouth email address?  I have no idea.

Anyone got a theory?

My friend Doug W. (a clear thinker who is mathematically inclined) says, in effect, “Move along, there's nothing to see here!”  His explanation, which makes sense to me, though I certainly didn't catch it at first:


I’m not convinced there’s anything real here. My first gut feeling is that it’s a distribution to be expected, but there just isn’t enough info to draw any conclusions. For example, what is the standard deviation of credit scores? The range here is not that large, and they don’t say how many samples there are from each domain. Let’s take a simple model, which is probably wrong but illustrative nonetheless. There are 7 domains listed, and a total of 20,000 credit scores, so suppose that there are ~3000 per domain (certainly it isn’t evenly distributed, but the results wouldn’t chance much). The expected standard deviation given N samples is about sqrt(N), or 1/sqrt(N) as a fraction. So, for 3000 samples, you’d expect about 1/54 ~= 2% as a std deviation. So you’d expect 95% of samples to be within ~4% of the mean. If the mean is 665, and the std deviation is 15, then everything is exactly as you’d expect.

Another via my mom:


John was in the fertilized egg business in Alabama. He had several hundred young layers (hens), called 'pullets,' and ten roosters to fertilize the eggs. He kept records, and any rooster not performing went into the soup pot and was replaced.

This took a lot of time, so he bought some tiny bells and attached them to his roosters. Each bell had a different tone, so he could tell from a distance, which rooster was performing. Now, he could sit on the porch and fill out an efficiency report by just listening to the bells.

John's favorite rooster, Ol' Bama, was a very fine specimen, but this morning he noticed Ol' Bama's bell hadn't rung at all!

When he went to investigate, he saw the other roosters were busy chasing pullets, bells-a-ringing, but the pullets, hearing the roosters coming, could run for cover. To John's amazement, Ol' Bama had his bell in his beak, so it couldn't ring.

He'd sneak up on a pullet, do his job and walk on to the next one.

John was so proud of Ol' Bama, he entered him in the Renfrew County Fair and he became an overnight sensation among the judges. The result was the judges not only awarded Ol' Bama the No Bell Piece Prize but they also awarded him the Pullet Surprise as well.

Clearly Ol' Bama was a politician in the making. Who else but a politician could figure out how to win two of the most highly coveted awards on our planet by being the best at sneaking up on the populace and screwing them when they weren't paying attention.

Vote carefully next year, the bells are not always audible. 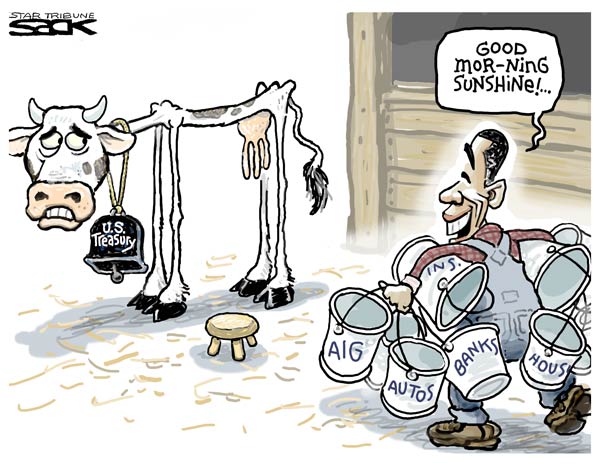 
A woman applying for a job in a Florida lemon grove seemed to be far too qualified for the job. The foreman frowned and said, "I have to ask you this; "Have you ever had any actual experience in picking lemons?" "Well, as a matter of fact, I have!" she replied. "I've been divorced three times and I voted for Obama." 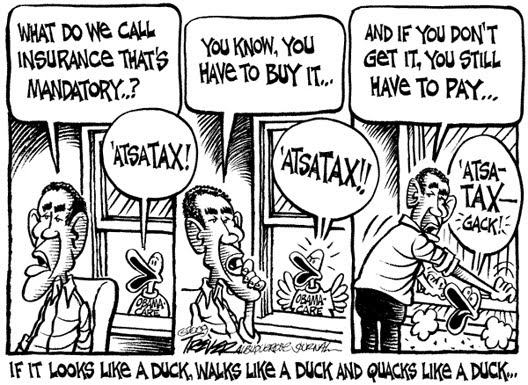 Posted by Unknown at (permalink) 4:18 AM No comments: