Quote of the Day...  From Alex Tabbarok, writing at Marginal Revolution:


Did Obama spy on Mitt Romney? As recently as a few weeks ago if anyone had asked me that question I would have consigned them to a right (or left) wing loony bin. Today, the only loonies are those who think the question unreasonable.

That's a damned fine question, sir!
Posted by Unknown at (permalink) 11:42 AM No comments: 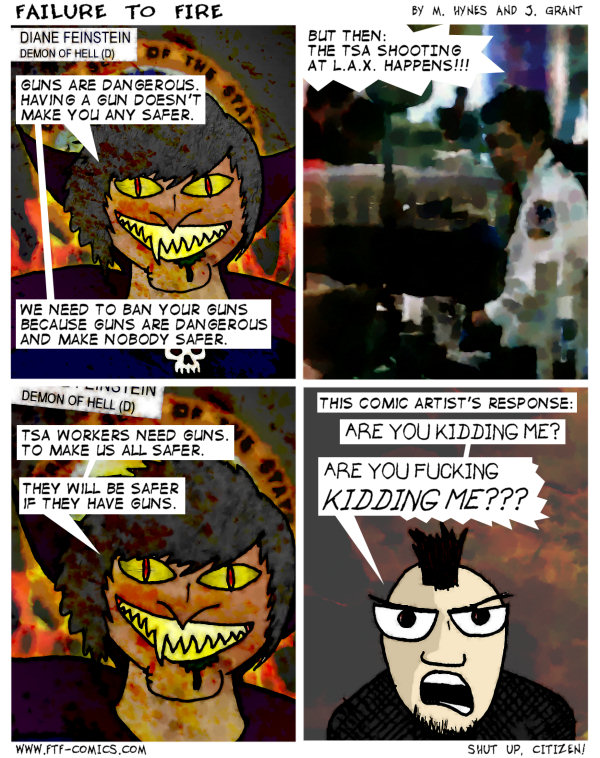 Posted by Unknown at (permalink) 11:37 AM No comments: 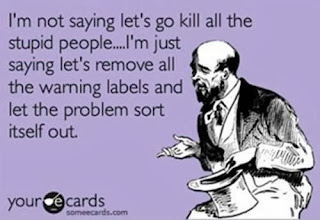 Remove the warning labels!  Tea through the nose again!  Could it really be that simple?  Oh, I hope so!

My mom sent me a collection of these things; I've saved the rest for use on slow days...
Posted by Unknown at (permalink) 6:37 AM No comments:

Statistics Done Wrong – the woefully complete guide.  With a title and subhead like that, how could I not like this web site?  I'm no statistics expert, not by a long shot – but I need to understand some statistics when I'm evaluating articles or papers on things like climate science, evolution, or medicine.  So my review is from the perspective of a consumer, not a practitioner.  I dove into four topics; I haven't yet read the whole thing.  Two of those topics were on facets I understand reasonably well, and I thought they were covered very well (and with light humor, too).  The other two of them were on facets new to me, and I learned some valuable things.  So I've bookmarked this as a resource...

The site is written by Alex Rienhart, a Ph.D. student at Carnegie Mellon in statistics.  From his web site:


If you’re a practicing scientist, you probably use statistics to analyze your data. From basic t tests and standard error calculations to Cox proportional hazards models and geospatial kriging systems, we rely on statistics to give answers to scientific problems.

This is unfortunate, because most of us don’t know how to do statistics.

Statistics Done Wrong is a guide to the most popular statistical errors and slip-ups committed by scientists every day, in the lab and in peer-reviewed journals. Many of the errors are prevalent in vast swathes of the published literature, casting doubt on the findings of thousands of papers. Statistics Done Wrong assumes no prior knowledge of statistics, so you can read it before your first statistics course or after thirty years of scientific practice.

ObamaCare is a disaster for Democrats...

ObamaCare is a disaster for Democrats...  Lots of people are thinking that, including myself and Peggy Noonan.  From her latest blog post:


Back to a sense of where we are. You know where we are? It’s as if it’s 1964 and the administration has just passed landmark civil rights legislation and the bill goes into effect, and everyone looks—only immediately it is apparent that it makes everyone’s life worse! It doesn’t help minority groups – it makes their lives harder and less free! And it does real, present and intimate damage to the majority.

It’s as if it’s 1937 and they launched Social Security, only rich coupon-clippers on Park Avenue immediately started getting small monthly checks, and 67-year-old dust bowlers in tarpaper shacks started getting monthly bills.

It’s the biggest governmental enterprise that hasn’t worked since the earliest beginnings of the U.S. rocket program, when they kept trying to send rockets into space and they kept falling, defeated and groaning, into the ground. Only the rockets were still unmanned, so those failures never hurt anybody!

ObamaCare is a practical, policy and political disaster, a parlay of poisonous P’s.

And it is unbelievable – simply unbelievable – that the administration is so proud, so childish, so ideological, so ignorant and so uncaring about the bill’s victims that they refuse to stop, delay, go back, redraw and ease the trauma.

Contra my earlier post today, this is the hopeful element in McAuliffe's election yesterday.  He was expected to win by a much larger margin; instead, Cuccinelli came very close to beating him.  The politicos are reading this as a giant, flashing warning signs for Democrats in the 2014 election cycle.

And so it may be.  But I'm still shaken that an awful, slimy candidate like McAuliffe can actually win an election, and I'm afraid it portends more such awful outcomes.  Also, there's my other little problem: the opposition candidates are (for the most part – Tea Partiers and libertarian-leaners excepted) very hard to distinguish from their progressive Democrat opponents...
Posted by Unknown at (permalink) 6:15 AM No comments:

“Fuck these guys!”   So says Brandon Downey, a member of the Google security team, on seeing the evidence that the NSA had been listening to Google's replication traffic.  Now his colleague Mike Hearn joins him in the sentiment:


I now join him in issuing a giant Fuck You to the people who made these slides. I am not American, I am a Brit, but it's no different - GCHQ turns out to be even worse than the NSA.

We designed this system to keep criminals out . There's no ambiguity here. The warrant system with skeptical judges, paths for appeal, and rules of evidence was built from centuries of hard won experience. When it works, it represents as good a balance as we've got between the need to restrain the state and the need to keep crime in check. Bypassing that system is illegal for a good reason .

Unfortunately we live in a world where all too often, laws are for the little people. Nobody at GCHQ or the NSA will ever stand before a judge and answer for this industrial-scale subversion of the judicial process. In the absence of working law enforcement, we therefore do what internet engineers have always done - build more secure software. The traffic shown in the slides below is now all encrypted and the work the NSA/GCHQ staff did on understanding it, ruined.

Thank you Edward Snowden. For me personally, this is the most interesting revelation all summer.

Yes, thank you Edward Snowden.  And...thank you Google security team...
Posted by Unknown at (permalink) 6:07 AM No comments:

McAuliffe wins, we all lose...

McAuliffe wins, we all lose...  By that, I mean that the simple fact that such an overtly unsavory and suspicious character could be elected – no matter who his opponents were – means that we're all at a higher risk of having an oppressive and tyrannical government shoved down our throats.  His election is as incomprehensible to me as Pelosi's serial wins with high margins.  I ask myself “How could such a thing be?”, but I have no answers.  Do you?
Posted by Unknown at (permalink) 5:12 AM No comments: