Optical illusions...  The one at right is a real mind-bender.  But it was the second place winner in a recent contest!
Here's the first place winner, at left.

Awesome illusions, these are.  In both cases it makes absolutely no difference that I understand the mechanisms.  My brain is fooled anyway...
Posted by Unknown at (permalink) 4:51 PM No comments: 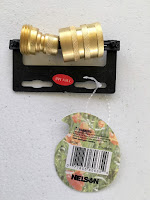 Kudos for above-and-beyond customer service...  About 18 months ago, I purchased 30 sets of the garden hose quick-connect shown at right.  I converted all my hoses to use these, and I absolutely loved how easy it makes changing hoses, sprinklers, etc.  I always had trouble getting the connections watertight with standard hose connectors, plus it was extra difficult (especially to undo them!) if it was cold outside.  These things make it a snap, literally.

But there is one problem with them, and I'll call it a design flaw.  The problem is that the female half of the connector (on the right side in the photo above) has an O-ring inside it – and if you are stupid enough to turn on the water when there's no corresponding male half inserted in it, that O-ring is likely to blow right out.  Your chances of locating it in the grass is somewhere between slim and none.

So a couple weeks ago, I found the LR Nelson company's web site and wrote to their customer service department describing the problem, telling them that I had several connectors made useless by this, and asked them if they had replacement O-rings or (failing that) if they could tell me the dimensions of the O-ring.  They're readily available in just about any size under the sun, so even just knowing the dimensions would have made me happy.

I got no response by email, so I just wrote it off as another failed attempt to get customer service (a far too familiar occurrence), and I made a mental note to find another source for quick connects.  Then this afternoon I discovered a box on my doorstep, from the Fiskars company.  I think of Fiskars as a company that makes scissors and pruning tools, so when I saw the name on the label I was scratching my head trying to remember what the heck I had ordered like that.  Then I opened it up and discovered – complete replacement quick-connects for all 11 female connectors that I'd had a washer blow out on.  Instead of sending me some O-rings worth a dollar or so, or the dimensions which would cost them nothing at all, they sent me 11 new quick-connect sets worth about $80.  It turns out that Fiskars acquired Nelson in 2014, which is why the box came from them.  Well, Fiskars/Nelson has a surprised and happy customer here.

That's definitely customer service above and beyond, and kudos to them for that!
Posted by Unknown at (permalink) 4:18 PM No comments: 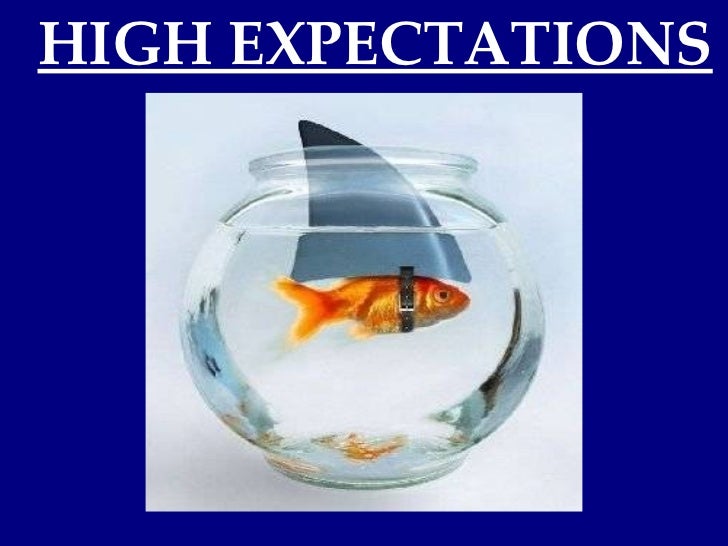 High expectations...  Mom had very high expectations of her kids, both as children and continuing through their adulthood.  I suspect this is an extension of the equally high expectations she had for herself – she would berate herself often for laziness, sloth, or something she did that was less than brilliant.

When I was still living at home, mom would often say things like “That’s ok, but you can do better!”, or “That’s not good enough!  With your abilities, you should be better than that!”  Versions of this continued, for me, less and less frequently until about twenty years ago when they stopped altogether.

I've known for quite some time that my siblings and I all had very different reactions to this.  For me, these were motivational: I interpreted them as the combination of two things.  First, that my mom thought I could do darn nearly anything – and secondly, that the only thing stopping me from anything I wanted was my own laziness or self-doubt.

Through the time that I finished high school, my mom's exhortations served as a counter-balance to my uniformly awful experiences in school.  I've written about my school experiences before, but in short I was bored to the edge of madness, I was in class with people much older than me (and physically and psychologically), and my introversion kept me effectively terrorized the entire time I was in school except when I was hiding in the library or in science or math class (where I actually felt competent).  If it weren't for mom's hectoring, I think it's likely I would have given up on school altogether.

After I finished high school, mom didn't let up at all.  I was accepted to a university that my parents could ill afford.  They had to borrow against the farm to raise the money; back then someone like me could never have qualified for a student loan.  I went for one semester – only to discover that the environment there was even worse for me than high school had been.  My maturity level and mental state at that point was such that I'd be certain to fail at university.  I couldn't keep spending my parent's money for a school that I wasn't ready for, so I dropped out and came back home.  I had a series of odd jobs for a while, then joined the U.S. Navy to avoid being drafted (I had number 17 in the draft lottery, which meant I'd be going to Vietnam for certain).  During this period, mom was particularly hard on me.  The odd jobs – all admittedly awful, menial jobs far beneath my abilities – she was pushing me hard to find a way to learn skills that would challenge me.

For instance, I once had a job assembling the electronic coffee pots used on passenger airplanes.  This was all mechanical assembly; the circuit boards were all built somewhere else.  Most days when I came home from that job, mom would hector me – wanting to know if I'd spoken with the firm's one electrical engineer to see if I could get an internship or anything that would help build my skills.  If I said “no”, she was all over me in a very unpleasant way.  To my complete amazement, when I finally did work up the courage to speak to the engineer (a god-like creature in my view), he readily agreed to take me on as an intern for a couple hours after each work day.  That internship was a formative experience – but I never would have done that if it weren't for mom humiliating me for not doing it :)

So for me, mom's high expectations and all the badgering when I didn't measure up were most definitely motivational.  I was about 16 or 17 when I finally realized that there was some validity to her expectations – and her exhortations started to actually be motivating in a positive way.  This was especially true the first two years or so that I was in the U.S. Navy.  Though I was stationed in California, over 2,000 miles from her in New Jersey, with letters and phone calls she continued pushing me to learn more, do more, be more.  In that period I started studying, hard, on my own.  Much of the time I was studying things of particular interest to me: history, religion, math, science, electronics, and programming.  Sometimes, though, I was studying things she urged me to – especially writing, but also evolution (and I never did find out why she pushed me on that particular subject).

For some of my siblings, I've discovered, mom's high expectations were less effective as motivation.  Instead they more like impossible ideals that were frustrating in their unreachability.  I'm the oldest child, and my siblings are certain I was treated much differently because of that.  I'm less certain of that; in fact, in some ways I think the expectations (especially from my dad) were higher because of that.  It doesn't really matter, though.  We each live in our own version of reality, and we'll never really understand anyone else's.  For myself, though, I am thankful for my mom's high expectations of me...
Posted by Unknown at (permalink) 12:02 PM No comments:

Paradise ponders...  Jim Johnson and his crew were here early this morning, loading up the first (and heaviest) of the two big chunks of our former front porch.  He guesses that this chunk weighs in at two to three tons.  It took several attempts to figure out how to get it onto his dump trailer.  First they tried lifting it with the backhoe, but it couldn't raise the block entirely off the ground.  Then they turned the tractor around to use the bucket, which just barely lifted the block off the ground.  Another 100 pounds and I'd bet they couldn't have done it.  The photos below show the whole process.  That chunk was so heavy that we were worried about the chains breaking; luckily they didn't. 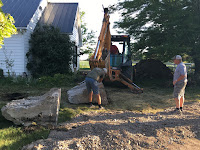 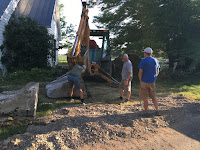 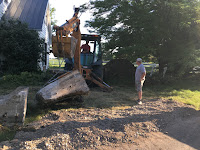 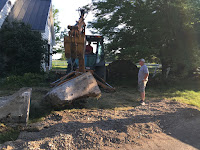 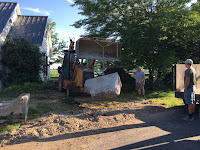 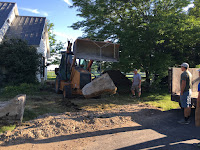 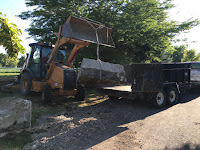 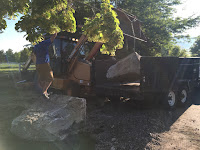 Today the construction crew is hoping to get the concrete forms in place for the sun room foundation and new casements.  Those forms are going to be a bit tricky, as the sun room isn't a nice rectangle – instead it has seven sides all at 30° angles from each other.  I'm curious to see how they do that!

My office is a lovely, cool, 70°F right now, even though it's already warming up outside.  I can't hear the air conditioner working at all.  I love my new air conditioner!


Posted by Unknown at (permalink) 7:47 AM No comments: