Via my cousin Mike D.:


A cannibal was walking through the jungle and came upon a restaurant operated by a fellow cannibal. Feeling somewhat hungry, he sat down and looked over the menu....

The cannibal called the waiter over and asked,"Why such a high price for the Politicians?"

The cook replied, "Have you ever tried to clean one? They're so full of shit, it takes all morning!"

Sounds right to me!
Posted by Unknown at (permalink) 6:59 AM No comments:

Many doctors believe Obamacare will ruin the world's best healthcare system – ours.  And they're taking action, with the Black Ribbon Project.  There's an excellent piece about it in today's WSJ.
Posted by Unknown at (permalink) 5:38 AM No comments:

I Can See November from My House...

The Iowa Electronic Markets (where real people bet real money on all sorts of things, including politics) has options for sale to bet on the outcome of the November 2010 mid-terms.  The chart at right shows the price for three different options contracts.  The higher the price, the more likely the market thinks that outcome is; the lower the price, the less likely.

What makes this market particularly interesting is two things: first, there's real money on it; second, its track record of prediction is quite good (especially compared to the talking heads and print pundits).  What this chart shows is that the players in the Iowa Electronic Markets think that it's pretty much a slam dunk (80/20) that the Republicans are going to get control of the House.  That's a huge margin as these political things go.

On the other hand, the chart at left shows very similar odds for the Democrats to retain control of the Senate.  The odds have improved over the most recent few days, but only by a little.

I'm going to be watching this graph as November approaches – and hoping that the lines cross beforehand.  It's not that I'm particularly enamored of the Republicans – to me, the current crop of Republican Senators is only marginally more attractive than the Democratic variety.  Rather, I'm greatly enamored of total gridlock – if the Republicans somehow managed to control both the House and the Senate for the last two years of Obama's term, then Obama's agenda will be greatly impeded.  That's the attractive outcome for me!
Posted by Unknown at (permalink) 5:31 AM No comments:

If this new technology proves commercializable (and it sure looks like it will be), then the demise of rotating magnetic media (i.e., hard disks) will be much hastened.  The fact that it can be layered to make “3D” memory means that devices using this technology can have absolutely awesome volumetric densities.

In other words, you can pack a whole bunch of information into an incredibly tiny space.  Today's commercial memory technologies are all “2D”, meaning that they depend on a bits stored in a sheet (hard disks, CDs, DVDs, and Flash Memory are all like this).  There are definite limits to how closely together the sheets can be packed.  The new technology allows bits to be stored in layers that are extremely thin and placed directly atop one another.  By arranging thousands or millions of layers, one can make a cube or brick of practically solid memory – with each bit occupying a cube just a few nanometers on a side.

Just a little back-of-the-napkin math will show what I mean.  Imagine that the “bit cubes” were 100 nanometers on a side (that's 100 billionths of a meter) – far larger than the bits in the lab.  Then imagine we built a cube of these that was 2 centimeters (about three quarters of an inch) on a side.  That cube would hold about 1,000 terabytes – or the same as 1,000 of the largest hard disks one can buy today!
Posted by Unknown at (permalink) 5:08 AM No comments: 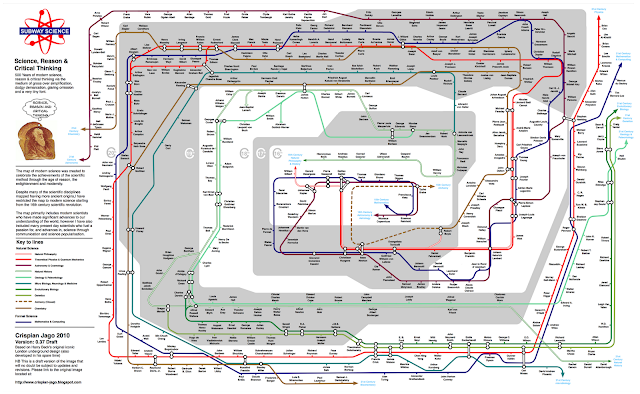