Does this remind you of something?

Does this remind you of something?


President Obama goes to a primary school to talk to the kids. After his talk he offers question time. One little boy puts up his hand, and Obama asks him his name.

"And what is your question, Walter?" asked Obama.

"I have four questions," said Walter.  "First, why did the USA Bomb Libya without the support of the Congress?  Second, why do you keep saying you fixed the economy when it's actually gotten worse?  Third, why did you say that Jeremiah Wright was your mentor, then said that you knew nothing about his preaching and beliefs?  Fourth, why are we lending money to Brazil to drill for oil, but America is not allowed to drill for oil?"

Just then, the bell rings for recess.   Obama informs the kiddies that they will continue after recess. When they resume, Obama says, "OK, where were we? Oh, that's right: question time.  Who has a question?"

Another little boy puts up his hand. Obama points him out and asks him his name.

"And what is your question, Steve?" asked Obama.

"Actually, I have two questions," said Steve.  "First, why did the recess bell ring 20 minutes early?  Second, what the hell happened to Walter?"

That story reminds me of the black jokes that were so popular in the Soviet Union...

Via my brother, Mark D.
Posted by Unknown at (permalink) 12:11 PM No comments:

Leadership starts...somewhere else.  Seen on Ricochet this morning.  I laughed first, but now its time to cry...

Posted by Unknown at (permalink) 9:54 AM No comments:

Voter ignorance is helping Harry Reid to pull off a Hugo Chavez-style “takeover” here in the U.S.   Neo-neocon has a nice piece on this phenomenon, which concludes:


But Harry Reid is well aware of something else: the fact that more and more voters are ignorant of the way our government is set up, and why it was designed that way. So he knows he can get away with these ignorant-sounding remarks. Or perhaps he is aware that some of the public knows how the government is set up and doesn’t care or would even like that system changed; some think it’s archaic and gets in the way of what they want Reid and company to do (see this or this).

Reid is aware of still another thing: that he and Obama and the Democrats have much of the MSM in their pockets. That’s one of the reasons he was so outraged when Bash asked him some tough questions yesterday; she was breaking the protective rules to which he’s grown accustomed. So he served notice on her; after calling the Republican House “reckless and irresponsible,” he tarred Bash with the same brush, saying “To have someone of your intelligence to suggest such a thing means you’re as irresponsible and reckless.”

That’ll teach her to be so impudent.

These remarks of Reid’s are the hallmarks of an elected official and a party whose arrogance has swollen to unconscionable and dangerous proportions.

Posted by Unknown at (permalink) 9:46 AM No comments:

More like this, please...
Posted by Unknown at (permalink) 9:40 AM No comments: 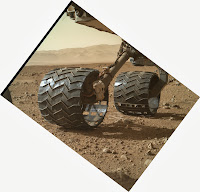 Wheels on Mars...  The Curiosity rover looks out from under its own belly, using the Mars Handheld Lens Imager camera.
Posted by Unknown at (permalink) 9:12 AM No comments:

ObamaCare roundup...  Yesterday the ObamaCare exchanges were excusing their problems by saying the response was huge and overwhelming their servers.  Now we're hearing that the “over 5,000,000” hits on California's exchange was really only 645,000 hits – a level that should be easy to achieve. Of those visitors, on some exchanges less than 1% are actually signing up – including zero signups in Louisiana.  Then there's this: the federal government's Healthcare blog lists 1-800-318-2596 as their help number – and that spells out 1-800-FUCKYOU.  I had to work that out for myself before I'd believe it.  But never mind all that: one guy – Brendan Mahoney – has single-handedly saved ObamaCare.  As James Taranto puts it: “So the great success story of ObamaCare's first day is the transformation of a future lawyer who was already paying for insurance into a welfare case.”
Posted by Unknown at (permalink) 9:05 AM No comments:

“Appalling.”  That's what former NSA technology boss Prescott Winter has to say about corporate IT security.  This isn't really news, nor is it surprising – as there's little actual incentive today for corporations to spend the money and effort on the problem.  The biggest problem is that our existing laws don't hold these companies liable for the damage a security breach causes.  Bruce Schneier has been writing about this for years, like this 10 year old post: “Liability changes everything”.  I haven't seen any serious proposal addressing this issue, though...
Posted by Unknown at (permalink) 8:49 AM No comments:

This is scary...  More details about the Lavabit secure email shutdown are emerging.  Now we find out that the FBI got a court order requiring Lavabit to hand over their SSL certificate to the FBI – which would then have allowed the FBI to read each and every email sent on Lavabit, from all of Lavabit's users (not just the ones the FBI had authority to intercept).

Even worse: the choice Lavabit faced was to comply (handing over their certificate) or be shut down.  That means there's every reason to suspect that every other email provider still running has been compromised, and the FBI or NSA or both is reading all your email.

Is this still America?  Can you even imagine what our Founding Fathers would think of this mess?
Posted by Unknown at (permalink) 8:43 AM No comments:

New 'chutes for our paratroopers. 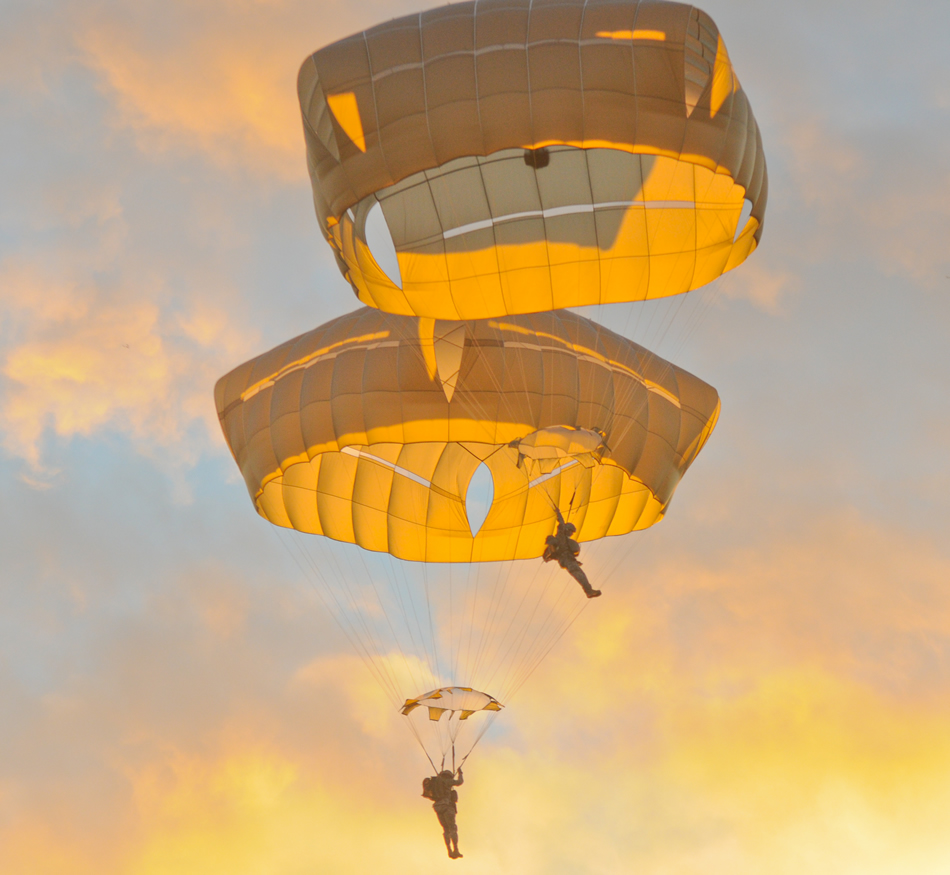 New 'chutes for our paratroopers.  Way back in the '70s when I first started skydiving, I had a T-10 military parachute – a plain old round canopy, not much different from what paratroopers used in WWII.  Those T-10s are still used by our paratroops today, but they have now started taking deliver of the T-11 replacements (at right).  These are not round canopies, but they're also not steerable canopies.  Why they didn't switch to steerable canopies is a complete mystery to me.  This seems sort of like switching from biplanes to Cessnas, when they could have gone straight to the F18s...
Posted by Unknown at (permalink) 8:34 AM No comments:

Well, it's about freaking time!

Well, it's about freaking time!  This guy really needs to be watched.  He's been stomping all over Arizonan's civil liberties for years...
Posted by Unknown at (permalink) 8:23 AM No comments:

It's almost like someone in Sacramento gets up every morning and says  “Now what can I do to encourage those pesky, libertarian Jamulians to get out of California?  I've got it!  I can  ______!”  They're filling in those blanks quite regularly...
Posted by Unknown at (permalink) 8:21 AM No comments:

Putting on a good show...

Putting on a good show...  Yesterday we read about the Obama administration's decision to close the WWII monument, even though doing so actually cost more than leaving it open.  It seemed obvious that this was being done to make a political statement about the heavy impact of the government shutdown.  Today we get an even more egregious example: the Obama administration is trying to shut down Mount Vernon (George Washington's home) even though it's a privately owned and operated facility!

Now why on earth would they do something this silly?  The only thing I can think of is this: The One and his sycophants are afraid that nobody will notice when the government “shuts down” – because the government isn't doing anything they care about in the first place...
Posted by Unknown at (permalink) 8:18 AM No comments:

High-intensity battle...  The photo at right shows a stump ripped apart and pock marked by the bullets flying in one of history's highest intensity battles: the U.S. Civil War's Battle of Spotsylvania Court House, in May of 1864.  Only a tiny fraction of the millions of bullets fired in the Civil War actually found their target.  The exact fraction is hotly debated, but even the most generous estimates put it at under 0.1%.  The rest of the bullets went ... somewhere else, like this stump.  In Afghanistan, U.S. soldiers are firing far more accurately, the result of both better weapons and (vastly) better training.  You won't find such a stump there, or anything even close to that...
Posted by Unknown at (permalink) 8:11 AM No comments:

Jumping jumbles of water droplets!  Scientists have discovered that under the right conditions, water droplets “jumping” off a hot surface can acquire a positive electric charge.  This has at least one practical application: increasing the efficiency of the condensers in large power plants.  The increase in efficiency occurs because droplets of already-condensed liquid water will leave the condenser's surface – and stay gone – leaving more surface area exposed to the uncondensed steam.  There's also a speculative use: creating electric power.
Posted by Unknown at (permalink) 7:58 AM No comments:

Who says those Republicans are all a bunch of old fogies?

Who says those Republicans are all a bunch of old fogies? Wendell Willkie was the Republican candidate for President in 1940, running against the favorite, Franklin Delano Roosevelt (FDR).  Someone – presumably on campaign staff – thought it would be a good idea to have an attractive young lady strip naked and cover just the naughty bits with Wendell Willkie campaign stickers...
Posted by Unknown at (permalink) 7:48 AM No comments: