Idea of the day...  I came across this in a post at Althouse:


The smaller the animals people eat, the poorer the civilization.

Well, I'm a member of a rich civilization.  What animals do I routinely eat?  The list isn't very long: cows, pigs, chickens, and a variety of seafood (some of it quite small, like mussels).  While I wish it were true that the bulk of my food animal consumption was scallops, crab, and lobster, in reality its bigger animals.  I probably eat more chicken (by weight) than any other food animal.  If I was richer, would I eat more beef?  No, I'd eat more seafood.  But what do Americans on average consume?  Answer: chicken, beef, pork, and turkey, in that order.  American seafood consumption is tiny by comparison with any of those.  Doesn't pass the sniff test.

What about a poor civilization?  I don't know much about the diet of poor civilizations, but stories of eating grubs and locusts come immediately to mind in the context of this idea.  A brief investigation on the web led me to several articles like this one, where it's clear that the bulk of the animals hunted are relatively small, with successful hunts of the largest animals being quite rare.  On the other hand, total contribution of insects to the meat diet is tiny.  Doesn't pass the sniff test.

I call bullshit on this idea...
Posted by Unknown at (permalink) 12:27 PM No comments:

Disaster deadline looming...  The Hill is reporting that a document published on a government procurement site gives some of the reasons why the Healthcare.gov contract was switched from CGI to Accenture last week.  One part of the document says that if the back-end build-out isn't finished by mid-March, then ObamaCare could be jeopardized, insurers could be bankrupted, and the entire healthcare system threatened.

Holy crap!  Somebody is worried, if language like that worms its way into a procurement document...

The Hill includes this quote from the document:
“There is limited time to build this functionality and failure to deliver…by mid-March 2014 will result in financial harm to the government,” the document says.


If this functionality is not complete by mid-March 2014, the government could make erroneous payments to providers and insurers.  Additionally, without a Financial Management platform that accounts for enrollments and associated program costs that integrates with the existing CMS Accounting platform, the entire healthcare reform program is jeopardized.

This sounds even worse than what I had imagined...
Posted by Unknown at (permalink) 12:05 PM No comments:

Gloves for sushi chefs...  Baylen Linnekin, writing at Reason, has a good discussion on this crazy new California law which I posted about a few days ago.

Debbie and I had sushi a few days ago, and we noted that the sushi chef was ignoring the new law...
Posted by Unknown at (permalink) 11:57 AM No comments:

Lunchly bliss in Jamul...  Just made this, and ate it.  You should be envious:
I don't think a sandwich gets any better than this...

This is very cute...

This is very cute...  A little girl goes with her daddy to meet her daddy's identical twin brother for the first time...
Posted by Unknown at (permalink) 10:45 AM No comments:

Drought emergency...  Our governor finally decides to call it...
Posted by Unknown at (permalink) 9:43 AM No comments:

Geek: interesting and useful data structures ... that aren't so well known.  This was fascinating for me to go through, for two reasons.  First, most of these weren't known to me at all, or were things I'd run into only in passing before (example: Cuckoo hash tables).  Others, though, were very well known to me – but really, only because I happen to have worked in areas that used them (examples: Huffman trees and Bloom filters).  I imagine that almost anyone who's worked in software for a number of years would have the same results.  One might actually be able to use this as a crude metric of overall software development experience (or age :).  In any case, it was an odd feeling to see a bunch of things I was familiar with called “lesser known”!
Posted by Unknown at (permalink) 9:41 AM No comments:

The ethics of incarceration...

The ethics of incarceration...  Sometimes these things can get quite difficult.  This is a real story.  A criminal is convicted of armed robbery and sentenced to 14 years in a state penitentiary.  He develops heart disease that can only be treated with a heart transplant.  The heart transplant costs about a million dollars.  Should the taxpayers pay for his heart transplant?  And, even more difficult: should a criminal get a scarce transplantable organ when that bumps a non-criminal to a later slot (and puts them at risk of death)?

In the real world (well, if you consider California to be part of the real world), this actually happened – and the state's Department of Corrections decided to go ahead with the transplant.  There were non-criminals on the transplant list who were good matches for the donor heart.

If you think you've worked out the ethics of those considerations, try this variant: suppose the medical treatment in question were for a non-fatal condition.  Say, for instance, surgery to correct a limp.  If you came to a different conclusion on that, precisely how would you draw the distinctions between the two?

I'm going to add this to my (long) list of reasons to be suspect about the entire idea of punitive incarceration.  It strikes me as being one of those human inventions (like socialism, including its “progressive” variants) that demonstrably doesn't work and needs to be eliminated.  It's the sort of thing that makes me look fondly at societal banishment, such as the old English system of “transportation”.  At least we got America and Australia out of that!
Posted by Unknown at (permalink) 9:34 AM No comments:

Scott Walker...  This post (at Ace's place), along with the links in it, is the most interesting stuff I've read yet about Scott Walker (governor of Wisconsin, and often-mentioned prospect for Republican presidential nominee in 2016).  There's a lot to like there...
Posted by Unknown at (permalink) 9:14 AM No comments:

Ball lightning, captured at last!  People have reported seeing ball lightning many times, dating back for centuries – but until now, nobody had ever captured it on film.  Now a group of Chinese researchers has captured ball lightning on video – and they had a spectrograph working at the same time!  This fortunate accident has already led to some interesting insights about the origin of ball lightning (dirt is involved :).  Unfortunately the video itself hasn't yet been released (or at least, it's hidden well enough that I couldn't find it)...
Posted by Unknown at (permalink) 9:11 AM No comments:

Geek: an open-source text on operating systems...  I've only read a few pieces of this, but what I have read looks pretty good ... and free is hard to beat!
Posted by Unknown at (permalink) 9:08 AM No comments:

Geek: Internet of things is getting easier all the time... 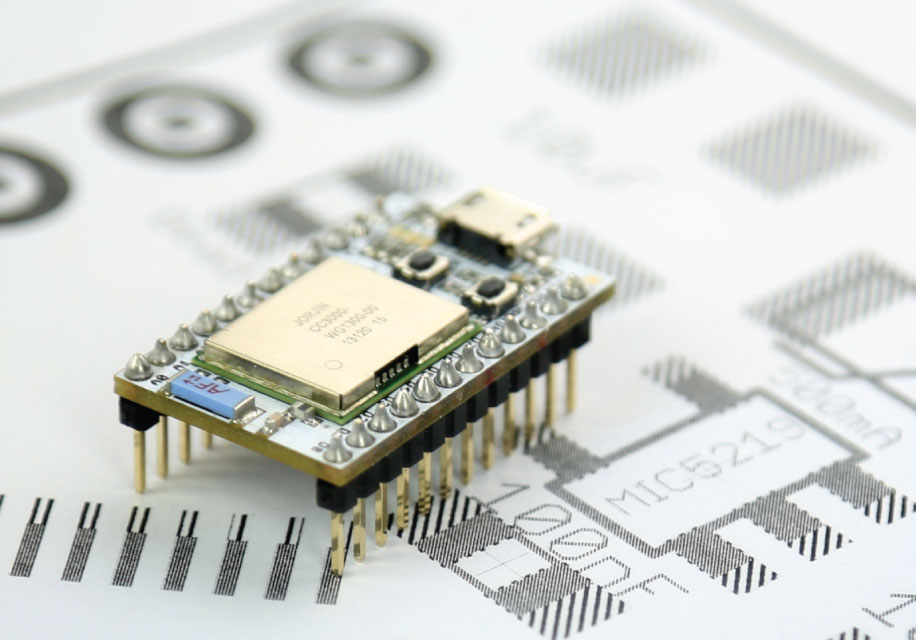 Geek: Internet of things is getting easier all the time...  There's nothing particularly revolutionary about this product (called Spark).  It's just another evolutionary entry in the rapidly-evolving “Internet of Things” front.  In a tiny device (roughly the size of your thumb) you get all the things at left (click to embiggen).  For $39.  Anyone with even minimal hardware and software skills can use one of these devices to build their own Internet-connected member of the Internet of Things.  Something much like this, for example, forms the heart of the Nest thermostat, or the General Electric “smart fridge”.

We live in amazing times...
Posted by Unknown at (permalink) 9:04 AM No comments:

Martian mystery...  Well, intriguing at the very least.  The two photos at right show the same spot on Mars, just in front of the Opportunity rover.  The left photo was taken 12 Martian days (called “sols”) earlier than the right photo.  Right in the middle, you can see a rock on the right photo that wasn't there 12 sols earlier.

NASA will send Opportunity over to examine the rock.  It's interesting no matter how it got there, because it's upside-down now, showing a fresh face that will allow some new science investigations.  The leading candidate explanation is that the rock (which is about the size of your fist) was “tiddly-winked” to it's new location by Opportunity's movements.  Another candidate explanation – more exciting, to be sure – is that a meteorite struck the surface of Mars and threw up some debris, one piece of which just happened to land smack in front of Opportunity.

As I read the article linked above, I was thinking to myself “Ah, the loony UFO wackos must be having a field day with this!”  A quick Google search proved me right.  One enterprising loony (Scott Waring, writing at UFO Sightings Daily) enlarged the rock to get the photo at left.  Then he wrote:


I enlarged the object and it seems to be an odd shaped creature of some sort. In the enlargement you can also see that its sort of a square shape, but its center is pushed downward. It would be cool if this was some kind of crab-like creature.

I don't know what sort of creatures Scott runs around with, but where I come from, crabs didn't look much like that at all :)