I think almost everyone has had the experience of listening to a piece of music that transports you back to some other time, place, and experience.  There are several such pieces that zap my brain like that, and I occasionally discover a new one.  Here are three that get me every time:

Tommy (The Who): Takes me back to 1969, when I was consumed in learning about electronics.  I spent many hours in a disused chicken shack that I'd converted into an electronics workshop, building lots of home-designed projects that occasionally worked.  I couldn't afford to buy parts, so I scavenged them from old vacuum tube radios and televisions that local repair shops (remember them?) gave me.  I played this album repeatedly, on an old Motorola stereo (vacuum tubes and electrodynamic speakers!) that I'd scavenged and repaired...

Kodachrome (Paul Simon): Takes me back to 1973, when I was attending U.S. Navy technical schools in Mare Island (Vallejo), California.  On the weekends I jumped into my old beater of a car and cruised north to Yolo County, between Davis and Dixon, to go skydiving.  I drove through miles and miles of fragrant fields, windows open and hot, humid air pouring in, and this song playing loud on my cassette deck.  Happy times, and this song takes me right back there...

Smoke on the Water (Deep Purple) Takes me back to 1975, when I was a few short miles off the coast of South Vietnam, in the South China Sea, as Saigon fell to the North Vietnamese forces.  The USS Long Beach (which I was stationed on) was part of a task force that was picking up refugees.  We had many ARVN helicopters land on our aft deck, just barely big enough to hold one of the CH-47 Chinooks they were mainly coming out in.  Each time one landed, a large working party (including me!) would push it over the side to make room for the next one.  While we worked, someone had this song playing in a loop, very loud.  It was an eerie scene – frantic refugees (men, women, and children), laden with valuables, running around terrified; multimillion dollar helicopters being tossed over the side like garbage; even more helicopters running out of fuel and landing close alongside (sometimes very close!); and a motley assortment of overloaded boats heading for us.  Every ship in the large task force was experiencing similar things; together we took back over 25,000 refugees to the Phillipines.  A few notes of that song and I'm right back there in that maelstrom...
Posted by Unknown at (permalink) 10:20 AM No comments: 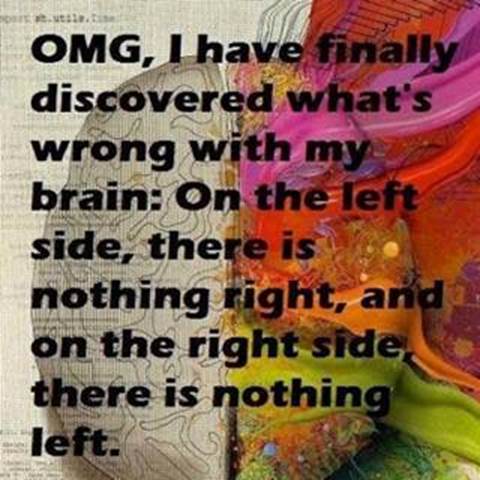 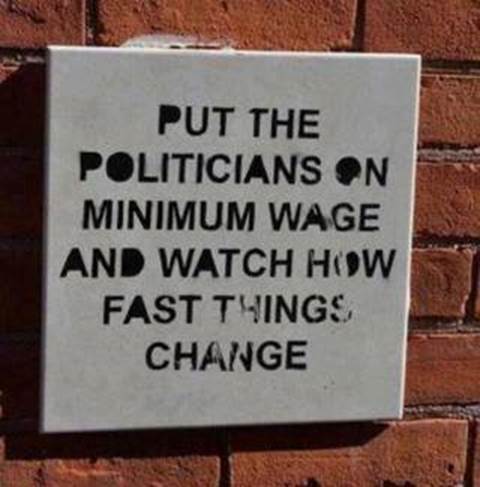 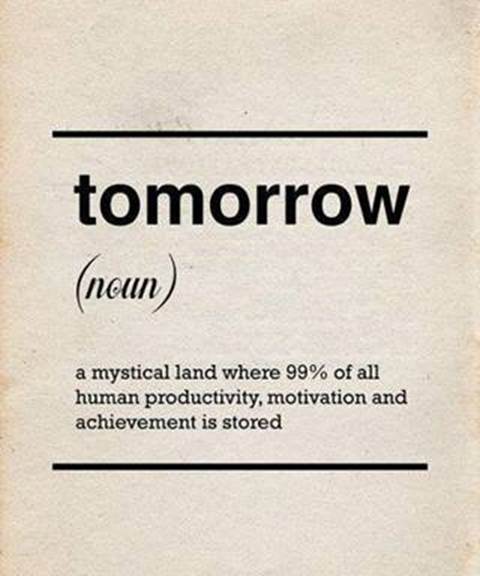 Posted by Unknown at (permalink) 8:58 AM No comments:

There and back again... Nick Berry has another nice brain-teaser, with a little easy algebra in the proof.  His additional examples neglect the non-linearity of speed vs. drag, but no matter – the results are the same anyway...

The more I hear about Snowden's NSA leaks, the more I think the man is a hero – and the more worried I am about what the hell is happening to my country...

Awesomely detailed drawings of animals, like the example at right...

Peggy Noonan has a good piece in today's WSJ on the Syrian issue, but the best part is the addendum at the end:


A point on how quickly public opinion has jelled. There is something going on here, a new distance between Washington and America that the Syria debate has forced into focus. The Syria debate isn't, really, a struggle between libertarians and neoconservatives, or left and right, or Democrats and Republicans. That's not its shape. It looks more like a fight between the country and Washington, between the broad American public and Washington's central governing assumptions.

I've been thinking of the "wise men," the foreign policy mandarins of the 1950s and '60s, who so often and frustratingly counseled moderation, while a more passionate public, on right and left, was looking for action. "Ban the Bomb!" "Get Castro Out of Cuba."

On Yahoo's new logo...  General reaction from the serious business community is about like this, which could be summarized as “WTF, Marissa?”  But Megan McArdle wins the pithy comment contest (and her piece reflects my own reaction):


“Rearranging the deck chairs on the Titanic” has some new competition for phrase meaning pointless business activity at failing firm: “rearranging the fonts in your logo.” 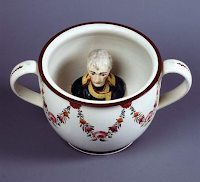 Political commentary in the days of yore: Napoleon Bonaparte in a chamber pot (at right).  Awesome.  Let's bring it back!

Through reader, friend, and former colleague Aleck L.., I've discovered that one of my favorite books (Ambrose Bierce's The Devil's Dictionary) is out of copyright and available on a web site and in free eBook form.  Hooray!

Another great, short TED talk, this time on the beauty (and primal sexuality) of prime numbers.  Mathophobes, do not fear – the talk is almost entirely free of weird symbols and head-exploders.  Via reader and friend Simon M.  I've lost track of how many times I've spent an entertaining and informative few minutes watching one of the TED talks – it's a great web resource.
Posted by Unknown at (permalink) 8:54 AM No comments: