I'll be travelling for the next few days, to Virginia and Washington, D.C. (pray for me).  Blogging will be light-to-nonexistant...
Posted by Unknown at (permalink) 5:29 AM No comments:

Posted by Unknown at (permalink) 5:27 AM No comments:

Will Using Expired Drugs Kill You?

Cecil answers the important questions in his inimitable fashion.  The question, from Neil:


Is consuming expired prescription medicines really all that dangerous? Some friends of mine insist taking pills beyond the printed expiration date is flirting with death, while another claims expiration dates on labels are BS, there solely to prompt us to order refills and spend more money. I once treated a nasty headache with the only thing I had on hand, some Vicodin that was about a year out of date. My headache went away, and I was no worse for wear. As time passes, are the pills in their little plastic bottles chemically restructuring themselves into poisons, or is there nothing to fear?

The beginning of Cecil's answer:


We have to tread carefully here, Neil. A few drugs don’t age well — for example, nitroglycerin and insulin. But they’re the exception. Most drugs retain their potency for years after they supposedly expire. What’s more, everybody knows this, or ought to; the Wall Street Journal once ran a front-page exposé on the subject.

But you don’t see anyone pushing for expiration date reform. Why not? No doubt because of the same combination of greed and excessive caution that drives up all healthcare costs: (1) The drug companies potentially could forego billions of dollars in lost sales; (2) the amount individual consumers could save is relatively trifling; and (3) there’s a remote but nonzero chance somebody relying on defunct drugs could die.

Read the whole thing.  You know you want to!
Posted by Unknown at (permalink) 5:23 AM No comments: 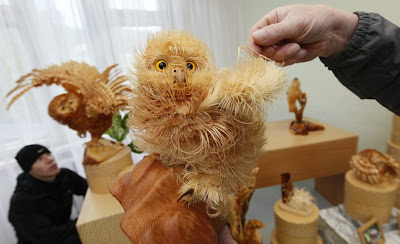 Via my mom.  Many more photos here.  Awesome!
Posted by Unknown at (permalink) 5:19 AM No comments: 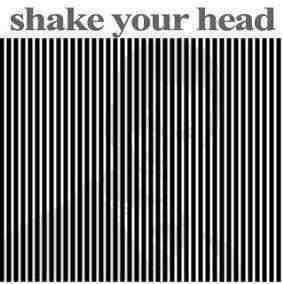 Carefully, though, don't hurt yourself!  If you shake your head side-to-side while staring at the picture at right, it becomes more obvious what the picture is showing.
I've noticed a similar phenomenon when looking through window screens, or (better yet) picket fences.  It's a terrific example of how your brain puts assembles information gathered over time...

This isn't really an illusion in the usual sense, but more a demonstration of the brain's contribution to perception...

Via friend and reader Simon M...
Posted by Unknown at (permalink) 5:14 AM No comments:

While I was in Navy “C” school at Mare Island, California I had the chance to meet Grace Hopper.  This would have been in 1972 or 1973.  At the time, I had no idea of her career or accomplishments.  I first met her when she lectured to a large group of people attending and teaching the various technical schools there (mainly Data Systems Technicians and various rates attending cryptographic schools).  This must have been late in the week, because on the following weekend I met her again – this time much less formally, and one-on-one.  That meeting was quite memorable.

The Data Systems Technician school that I was attending had a “lab” with a large collection of the kinds of equipment we were learning how to repair.  This collection included a number of military Univac computers (models like the 1206a, 1206b, 1218, and 1230, for those of you who can remember such antiques).  This was like a playground for me after school hours; I spent many evening and weekend hours just poking around in there, learning as much as I could.  Most of the time, I had this extensive lab completely to myself.

On the weekend in question, I had rolled an oscilloscope (they were big back then!) over to a computer, and I was running a little test program and observing how the electronics responded – trying to figure out how the hardware integer square root instruction (on a 1206b) actually worked.  While heads down, staring at a schematic, I heard someone come up behind me.  I turned around, and there was Grace Hopper – with a friendly smile, and in civilian clothes. She was a high-ranking officer, normally quite a scary thing to a low-ranking enlisted guy like myself.  But it was obvious right from the first that she was “just people”, and not the type to insist (as many officers did) on formalities.

Ms. Hopper wanted to know why I was there, and what I was up to.  When I told her I was trying to figure out the damned square root instruction, she hauled me off to a blackboard (yes, with slate and chalk!), and launched into a great explanation.  By the time we were done, I knew that thing inside and out.

Then she sat with me for another half hour or so, and just talked about working with computers.  She was the first person I'd met who was actually passionate about working with computers – and she was also the first programmer I'd ever met.  The people I was surrounded by were technicians; people who understood the hardware, how it worked, and how to troubleshoot it.  Ms. Hopper understood the hardware, but what she really cared about was the software.  On several occasions during that conversation, she encouraged me to get serious about learning how to program if I wanted to pursue a career in computers.  When I asked her how one might go about doing that, she said “Just practice.  Write programs, for anything.  Do it over and over until you're happy with the result.  You might consider going to college when you get out of the Navy, but what really matters is to practice.”

If I could choose one moment that started my career in programming, that would be it.  I didn't immediately stop working on hardware, though – I continued to work extensively in hardware design for more than 10 years after that.  But I did start seriously investigating programming immediately following that meeting with her.  I've never stopped.

I never had the privilege of talking with Ms. Hopper again.  About a week after I met her, someone at the school clued me in a bit on her career, and I read a book about her (in which I discovered how she started the use of the word "bug" to describe a software problem!).  After the fact I was awed that she actually sat down and talked with me for an hour or so.  I'm glad I didn't know about that when she walked up to me – I'd have been terrified!  Most especially, though, I'd have enjoyed a followup conversation, and especially the opportunity to thank her for her good advice and inspiration to me.

So perhaps you'll understand now why I found this video of Grace Hopper to be quite a trip down memory lane...