Ship warping in the waves...

About a zillion years ago, I was in the U.S. Navy, one of the crew on the USS Long Beach (CGN-9), a nuclear-powered guided missile cruiser.  I worked in the bowels of the ship, in a set of compartments known collectively as the Combat Information Center (CIC).  Those compartments were well below water level.  Only one thing was even further down: the “shaft alley” which contained the huge, solid metal shaft that connected the forward reactor (with it's turbine and reduction gears) to one of the propellers at the stern of the ship.  This shaft transmitted 40,000 horsepower from the output of the reduction gears back to the propeller.  It was solid steel, roughly 24" in diameter, and about 300' long.  It ran through enormous sleeve bearings in pillow blocks roughly 30' apart, so most of the shaft was in open air.

When the ship was running at high speed, occasionally someone on the bridge would ask for the “twist” to be inspected.  What they meant by this was the degree to which the torque on the shaft caused it to twist.  When I first heard this request, I thought they were nuts – what on earth could twist a piece of steel that big?  But I wandered down into the shaft alley along with the sailor assigned to the job, and I got to see it for myself.  The shaft had a straight line scribed all the way down its length – well, straight when the shaft was standing still, anyway.  The shaft alley had a set of strobe lights, all rigged to go off when the shaft turned to top-dead-center at the reduction gear output.  When the ship was running at high speed, if you stood near the reduction gears you could directly see that twist as you looked down the shaft.  It twisted over 90° at peak load.  I'm still amazed that an engine could be so powerful as to twist a huge piece of steel like that!
Posted by Unknown at (permalink) 12:17 PM No comments:

Your bones are gooey...

Your bones are gooey...  Really!
Posted by Unknown at (permalink) 6:22 AM No comments:

Beautiful landscape photos...  By Kilian Schönberger – who, amazingly, is color-blind... 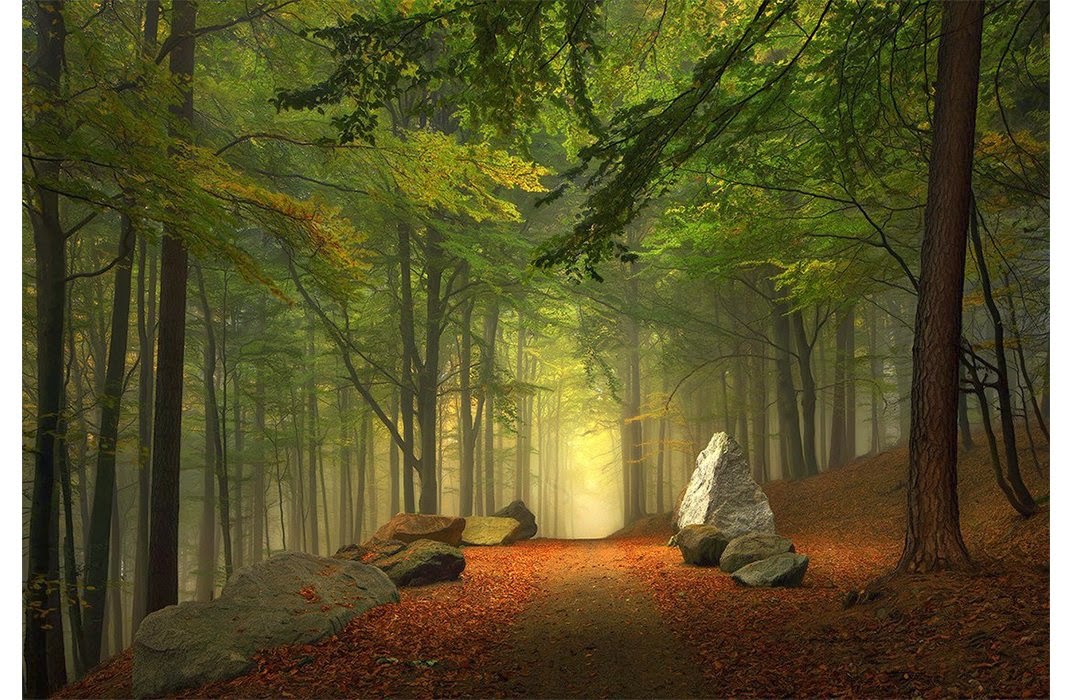 Posted by Unknown at (permalink) 5:34 AM No comments:

The Huygens mission's near-death experience ...  and the stubborn Swedish geek who saved it...
Posted by Unknown at (permalink) 5:31 AM No comments:

California leads the way!  ...in chicken protection and raising the cost of basic food items.  I sure am glad my state legislators have their priorities in order.