A beautiful morning in Paradise...

A beautiful morning in Paradise...  Paradise, Utah, that is.  The photos below (click to embiggen) are from around our yard, looking south, southwest, and west, respectively.  Yesterday and today we're having a bit of a cold snap.  We had rain from yesterday afternoon through this morning (about 3/4" all totaled), and then it abruptly cleared and the sun broke through.  Looking west we can see the Wellsville Mountains, which got a fresh coat of snow during the night.  By eyeball it looks like the snow line is down to about 6,000'.  The Wasatch Mountains to our east are also dusted with new snow, but they're in shadow this morning and I couldn't take a decent photo of them. 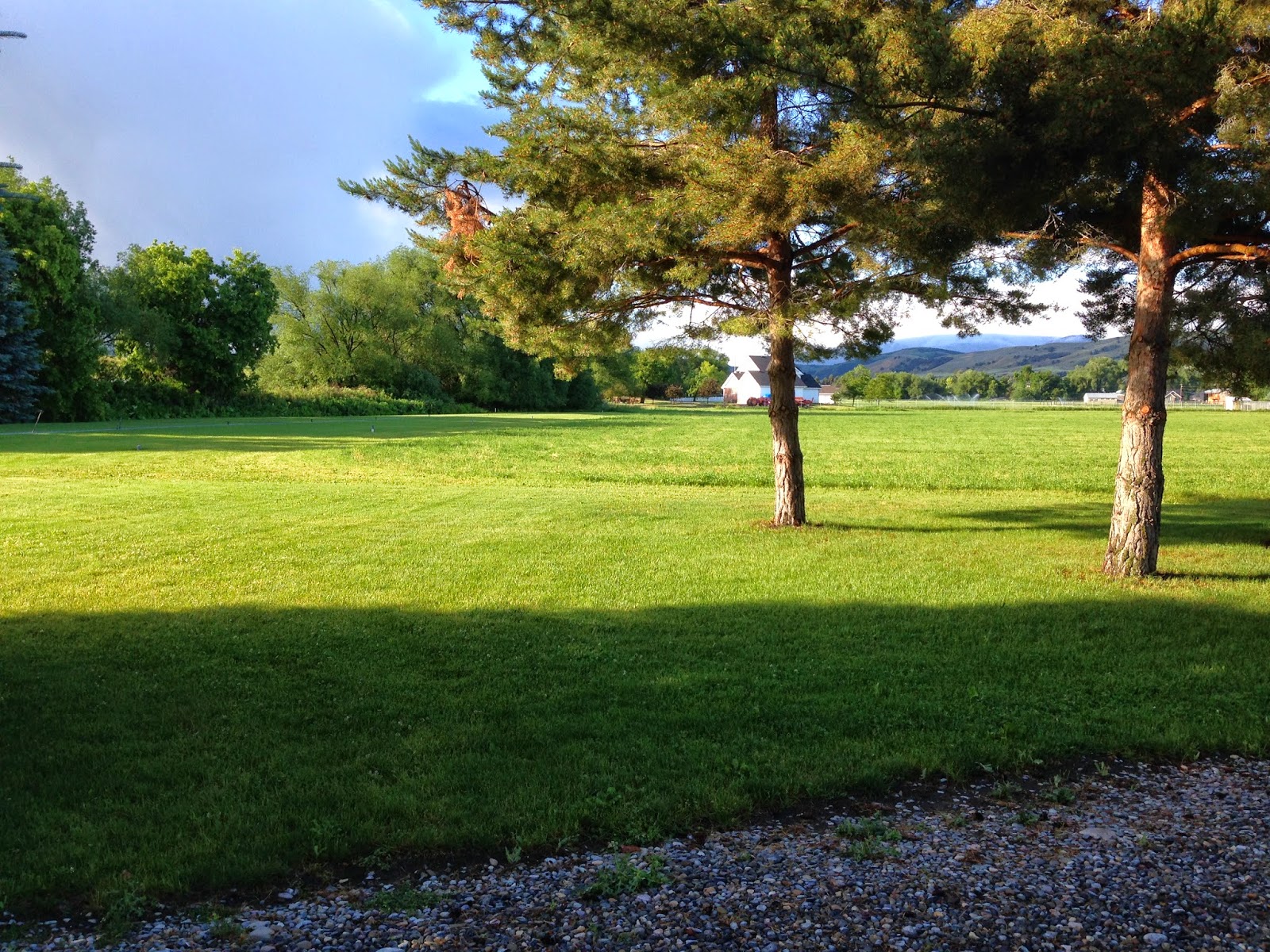 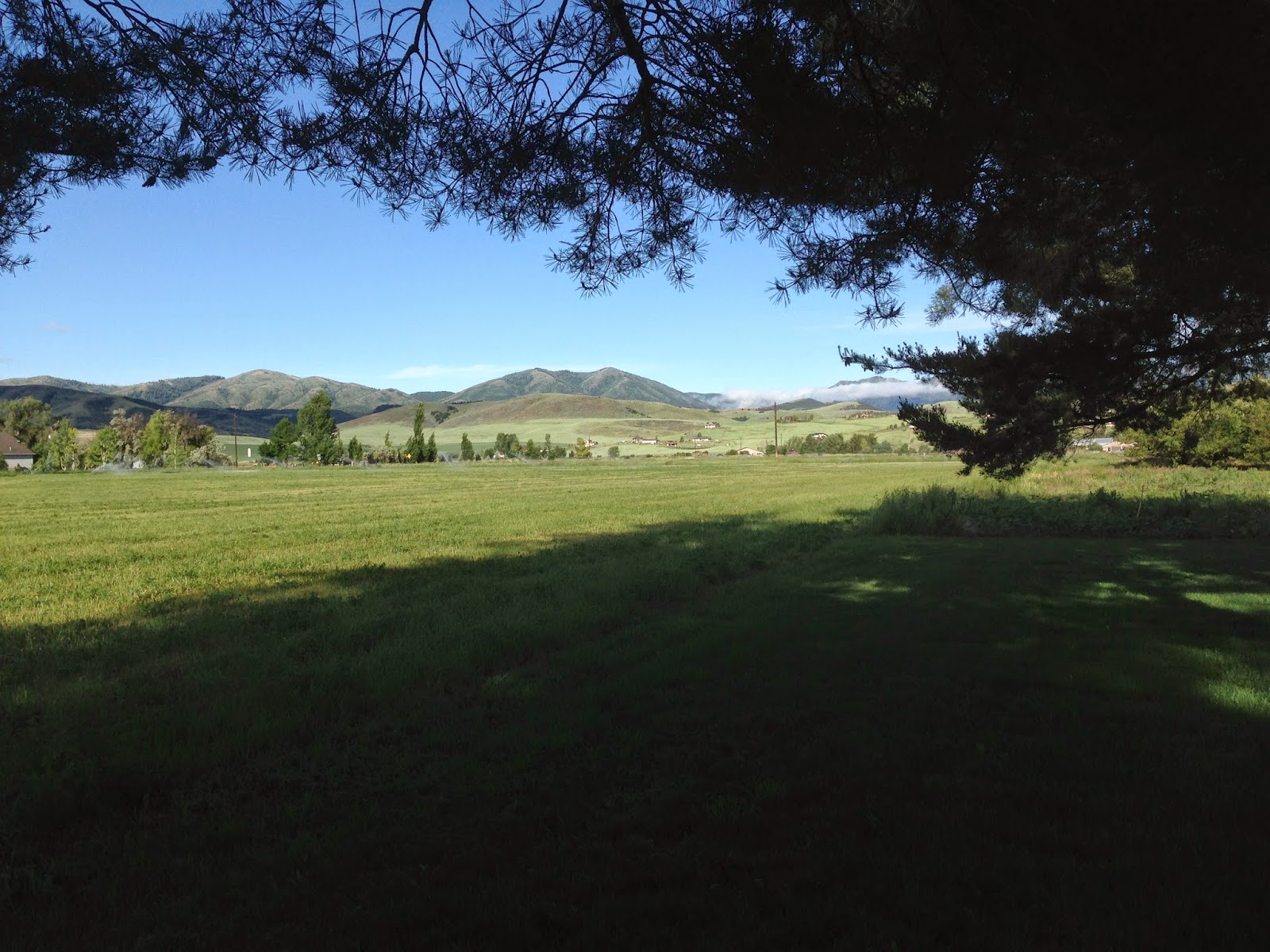 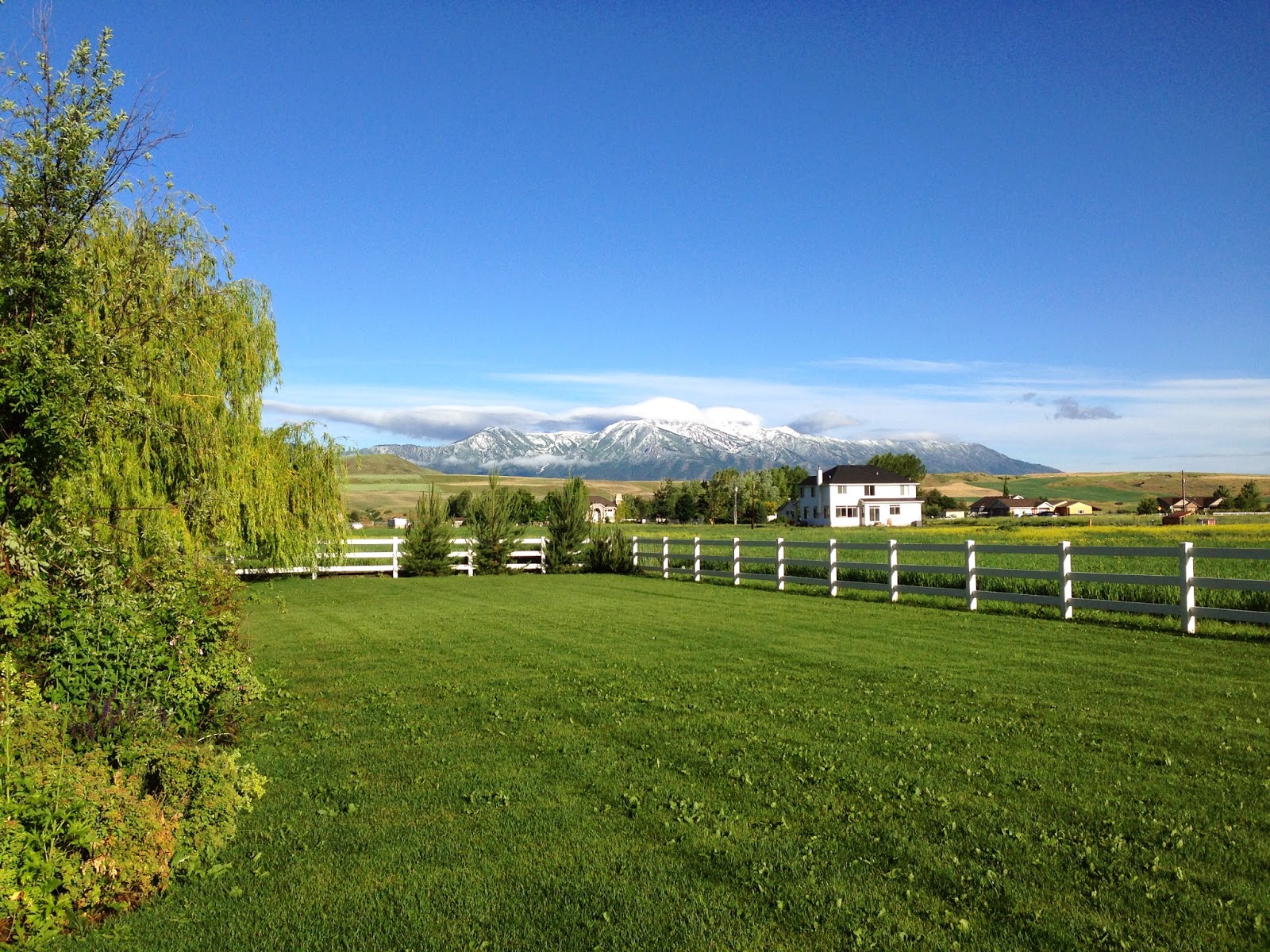 I've had our home's heater shut off for over a month now, as the weather has been pleasant to a little warm (though the house stayed nice and cool). This morning when I woke up, though, the house was 46 °F – brrrrr! So I lit off the heaters to get it up to 65 °F, where it is right now.  Running the heater in late June is rather a new experience for me :)

The flooring guys have been working in the house for a week now.  The basement rooms (other than the cattery) are now floored in a beautiful hickory; they're all done down there.  They've now started on the most challenging room on the second floor: the TV room.  It's challenging for several reasons, but there are two particularly odd things.  First, there's a “ramp” about 3 feet long that rises about 2 inches over that length.  This ramp connects the main part of the second floor to the large TV room, whose floor is 2 inches higher than the rest of the second floor.  Wood floor systems are designed to be laid on flat surfaces, so this requires some ingenuity and cleverness.  The top transition is done and looks great!  The second odd thing is that we have a steel brace (for the end of a stair railing) that is about 3/16 of an inch thick, and has four lag bolt heads protruding about the same amount further.  The wood is 3/4 of an inch thick, which means that a carefully routed out matching hole in the wood should leave plenty of wood above it (especially if we fill the cavity with glue).  But this calls for some tricky hand routing.  They should be attempting this today...

Posted by Unknown at (permalink) 8:00 AM No comments:

A broccoli stand in a candy shop...

A broccoli stand in a candy shop...  This conclusion seems obvious, given the pap published by the lamestream media.  What I'd really like to understand is why.  Why do the majority of Americans find it preferable to read about (say) the latest hair fashion in Hollywood than (say) the underlying causes of the Middle East conflict?  It seems pretty clear to me that the former will have exactly zero effect on my life, while the latter has quite a large one.  Is that not clear to most Americans?  Or do they just not care enough to study and think about the “hard” news?  This has puzzled me for a very long time and I've never come across an answer that I find satisfying; it remains a puzzle...
Posted by Unknown at (permalink) 6:26 AM No comments:

A Tale of Two Scandals...

A Tale of Two Scandals...  That's the title of Peggy Noonan's piece in the Wall Street Journal today, and it's a good read.  She's doing something many others have done: comparing the “lost” emails of the current IRS scandal to the 18 1/2 minute gaps in the Watergate tapes.  What really caught my attention, though, was her close:


She was one of those usually unknown people who populate government, who come from throughout the country drawn to Washington and wanting to help, wanting the sense of consequence and drama and meaning it can impart, who do their jobs well for many decades, who know what they know and then, eventually, go home. Those were good days, when everybody went home.

That's Rosemary Woods she's talking about, but the important point is that last sentence.  That's a good encapsulation of the Founders' notion of a citizen government – where ordinary citizens would temporarily interrupt their life for a few years of government service, and then they would return back to their previous ordinary citizen life.  Implicit in that vision is that notion that there would not be a “permanent government class” – a set of “elites” who ruled over the country as their career.  In the very beginning of the Constitutional U.S., that citizen government actually was what we had.  The erosion started almost immediately, though, and now we've evolved (or devolved, maybe) into almost the opposite – a government where every elected official tries to remain in office as long as possible, where it's possible to get rich in office, and where the actual objectives of those officials is self-enrichment or self-aggrandizement of some other kind.

If George Washington could see what's happening in his namesake city, he'd be very sad indeed.  Angry, too, I suspect.  He might even start thinking about leading another revolution...
Posted by Unknown at (permalink) 6:20 AM No comments:

Oh, taxes are for the little people!

Oh, taxes are for the little people!  And not for the Clintons, that's for sure...
Posted by Unknown at (permalink) 6:08 AM No comments:

The F-35 kluge...  It's a wonderful, frank, and straightforward description of how the government (in this case, the military) can totally screw up almost any procurement.

I was particularly interested in his explanation of why, as he puts it, “stealth is a scam”.  It boils down to this: all the stealth technology does is to “hide” high frequency radars, the kind that most Western countries have been building since WWII.  High frequency radars have many, many advantages – from higher resolution to smaller, lighter components (especially antennae).  The lower frequency radars are actually simpler technology, but they are bigger and have lower resolution.  Stealth technology, though, hardly affects their operation.  I first ran into this phenomenon when reading about the Bosnian war (where the rebels successfully shot down an F-117A, a stealth plane).  They detected the plane with a WWII-era Soviet radar, just as this fellow talks about.  Later I read about a hobbyist in Nevada operating a U.S.-made WWII radar, along with more modern radars – and reporting that the older radar was seeing planes that were invisible on the modern radars.  This video is now the third time I've heard references to that stealth vulnerability – which I find completely plausible, and utterly devastating to the whole idea of aircraft stealthiness...
Posted by Unknown at (permalink) 6:06 AM No comments: