From Jay Lehr, writing in the Wall Street Journal (via reader Simi L.):


After decades of federal subsidies—almost $24 billion according to a recent estimate by former U.S. Sen. Phil Gramm—nowhere in the United States, or anywhere else, has an array of wind turbines replaced a single conventional power plant. Nowhere.

And the left wants the same government that brought us this debacle to run our health care.  It's easy to predict (but very sad) that at some point, our Obamacare bureaucrats will most likely spend billions on something most of us would immediately recognize as snake oil.  Homeopathic “medicine” is a good candidate...
Posted by Unknown at (permalink) 9:51 AM No comments:

A Florida senior citizen drove his brand new Corvette convertible out of the dealership. Taking off down the road, he pushed it to 80 mph, Enjoying the wind blowing through what little hair he had left. "Amazing," he thought as he flew down I-95, pushing the pedal even more.

Looking in his rear view mirror, he saw a Florida State Trooper, blue lights flashing and siren blaring. He floored it to 100 mph, then 110, Then 120. Suddenly he thought, "What am I doing? I'm too old for this!"  And pulled over to await the trooper's arrival.

Pulling in behind him, the trooper got out of his vehicle and walked up to the Corvette. He looked at his watch, then said, "Sir, my shift ends in 30 minutes. Today is Friday. If you can give me a new reason for speeding -- a reason I've never before heard -- I'll let you go."

The old gentleman paused then said: "Three years ago, my wife ran off with a Florida State Trooper. I thought you were bringing her back.

"Have a good day, Sir," replied the trooper.

The owner of a golf course in Georgia was confused about paying an invoice, so he decided to ask his secretary for some mathematical help.

He called her into his office and said, "Y'all graduated from the University of Georgia and I need some help. If I wuz to give yew $20,000, minus 14%, how much would you take off?"

The secretary thought a moment, and then replied, "Everthang but my earrings."

The young man from Mississippi came running into the store and said to his buddy, "Bubba, somebody just stole your pickup truck from the parking lot!"

Bubba replied, "Did y'all see who it was?"

The young man answered, "I couldn't tell, but I got the license number."

A man in South Carolina had a flat tire, pulled off on the side of the road, and proceeded to put a bouquet of flowers in front of the car and one behind it. Then he got back in the car to wait.  A passerby studied the scene as he drove by, and was so curious he turned around and went back. He asked the fellow what the problem was.

The man replied, "I got a flat tahr."

The passerby asked, "But what's with the flowers?"

The man responded, "When you break down they tell you to put flares in the front and flares in the back. I never did understand it neither."

A Tennessee State trooper pulled over a pickup on I-65. The trooper asked, "Got any ID?"

The Sheriff pulled up next to the guy unloading garbage out of his pick-up into the ditch. The Sheriff asked, "Why are you dumping garbage in the ditch? Don't you see that sign right over your head."
"Yep," he replied. "That's why I'm dumpin' it here, 'cause it says: 'Fine For Dumping Garbage.' "


Y'all kin say whut y'all want 'about the South,
But y'all never heard o' nobody retirin' an' movin' North.

Posted by Unknown at (permalink) 9:37 AM No comments:

Hyperion, moon of Saturn.  From Cassini, via APOD, of course: Posted by Unknown at (permalink) 8:39 AM No comments:

More on the amazing growth of crude oil production in Texas.
Posted by Unknown at (permalink) 8:36 AM No comments:

Claire Berlinski is the author of my favorite biography of Margaret Thatcher: There Is No Alternative: Why Margaret Thatcher Matters.  She's also an investigative journalist, and lives in Istanbul, Turkey – just four blocks from Taksim Square, the epicenter of the current disturbances there.  As you might expect, she's been reporting in mainstream media – with the unique perspective of an alien long-time resident of Turkey.  In the latest piece I've read, her concluding paragraphs:


According to legend, when the great historian Robert Conquest was asked if he wanted to rename the updated edition of The Great Terror, his history of the Stalinist purges, he replied, “How about, I Told You So, You F***ing Fools.”

And that’s what I’m saying now to every single lazy journalist and policy wonk, professional sycophant, diplomat and idiot pundit who’s never so much as visited this place, the duly-funded social scientists and craven Western politicians and everyone else who for years swallowed Erdoğan’s nonsense and helped to manufacture the fantasy that Turkey was getting more and more democratic by the day.

Only months ago, not an hour went by without some dimwit churning out an article about the economic and the reformist wonders of the AKP and its newly-emerged Anatolian middle class, the magnificent result of the AKP’s mix of moderately-Islamist daddy-state, fiscal discipline and free-market economic policies. One of the best performers of its kind in the world, a model for every Arab who felt like springing, the blossoming of Turkey’s open society, proof that Islam and democracy can mix just fine. Now, I have no idea if Islam and democracy can mix just fine. Maybe they can, maybe they can’t. But I can tell you one thing for sure: authoritarianism and democracy can’t mix just fine. And this was just obvious, blindingly obvious, years ago.

I have no idea what will come next, now that things that have been overwhelmingly apparent for the past decade are finally getting attention and coverage in English. But this I do know: There are real people here. They are not pawns to be moved about on a geopolitical chess board. They are not subjects for fashionable tales told by people climbing up the greasy pole of their careers in the West. They could use some honesty from the rest of the world, because they’re sure not going to get it from their government or their media and they know it. So if you had any part in creating this situation, whether by cheering the rise of this authoritarian government or promoting the fantasy of Turkey’s advanced democracy and this nonsense about it being a model Muslim nation, go look at those photos of the kids with no eyes. Then get down on your knees and ask God to forgive you—because those kids, they’re not going to.

Read the whole thing...
Posted by Unknown at (permalink) 8:32 AM No comments: 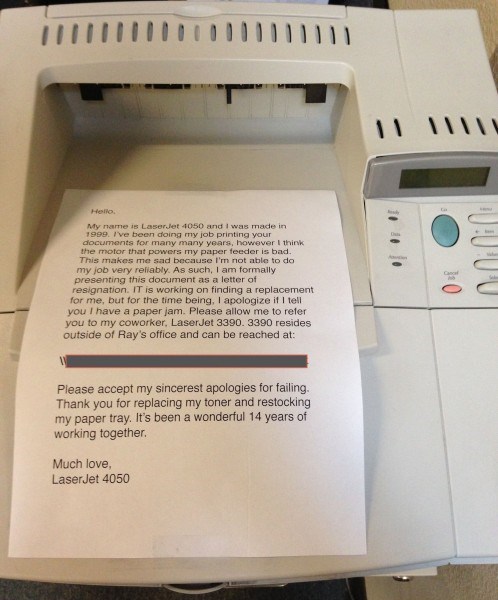 Via reader Simi L., this delightful video of some “hoarded” ducks who meet water for the first time in their lives, as adult birds: