The Correct Way to Arrest a Terrorist...

I want those cops on my side!

Posted by Unknown at (permalink) 9:26 AM No comments:

The Decorah eagles are close to fledging.  All three of the chicks made it this far...
Posted by Unknown at (permalink) 6:51 AM No comments:

If you've ever been curious what newspapers in some faraway place look like, this site is for you.  They have hundreds of newspaper front pages, daily.  There's a world map, and you just drag it around until you see the place you want, click, and voila: today's front page shows up.  Cool!
Posted by Unknown at (permalink) 6:45 AM No comments:

Fascinating.  Via reader Dr. Simi L...
Posted by Unknown at (permalink) 6:39 AM No comments:

AKA M104, and home of a large black hole.  When I was a kid, the best photos of M104 came from places like the Palomar telescope, and they were fuzzy, grainy, black-and-white images with a tiny fraction of the detail of this one.  I remember poring over those early images, fascinated, and wishing I could see something like that from a backyard telescope.  Now look what we can see, from our comfortable chairs!  From APOD, of course... 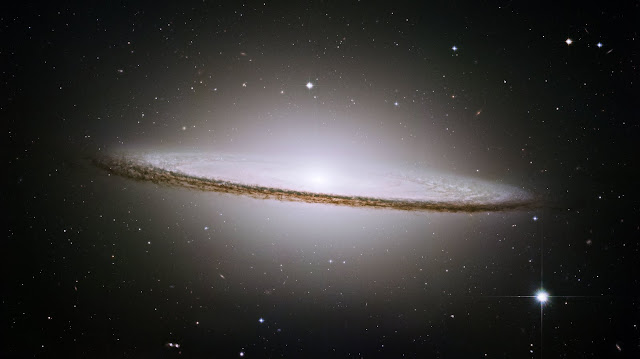 Posted by Unknown at (permalink) 6:36 AM No comments:

As Glenn Reynolds would say, faster please...
Posted by Unknown at (permalink) 6:18 AM No comments:

Kissinger, Now and Then...

I just finished reading this adaptation from Henry Kissinger's upcoming book, On China.  I have several independent reactions to it, but to understand them, you'll need a bit of context. 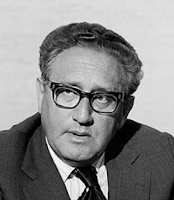 Kissinger has had a huge and quite direct impact on my life.  I was in the U.S. Navy from '71 through '77, which includes the tail end of the Vietnam War, Nixon's famous visit to China, and Nixon's ignomious resignation.  The photo at right is from '76, and that visage is how I remember him.  Kissinger played an important role in all three of these events, but to me personally the most important role of his was in the “peace negotiations” with the North Vietnamese.

Probably more than any other event in my youth, this awakened my interest in politics and history.  Contemporaneously, very little was publicized about the inner workings of those negotiations; it took decades for it all to leak out.  My image of Kissinger is of an extremely bright, motivated, and sincere man – but capable of arrogance and ruthlessness even on large issues that affect millions of people.  His advocacy of Realpolitik I found profoundly un-American.  He frightened me when he was in power.

One reaction I had to reading the adaptation is that it reads a bit like an insider's historical account, and even if only for that reason I will read the book.  I don't know enough about modern China to assess his thoughts about it. 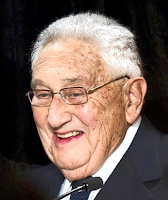 Another reaction I had is a superficial one: to his contemporaneous photograph.  I haven't seen a photo of him for quite some time, so I was surprised and shocked by how much he has aged.  In the '70s, he was often seen with a beautiful woman on his arm, generally much younger than he.  His most famous quote (“Power is the ultimate aphrodisiac”) seemed quite consistent with his public persona.  He's now nearly 90 years old, so I really shouldn't have been surprised by the photo.  But I was.

The last reaction I had was to be a bit surprised at myself, mainly for not having thought about Dr. Henry Kissinger for quite a long time.  In the '70s and '80s, he and Zbigniew Brzezinski were frequent targets of my reading and thinking.  Other than as historical figures (!), neither has been top-of-mind for many years.

Power and influence are fleeting things, usually...
Posted by Unknown at (permalink) 6:15 AM No comments: