RIP, Halala Pala...  Debbie took Halala into see the cancer specialist today, after he had rather a bad week.  Halala didn't want to eat, and didn't want to be out with Debbie or the other cats – definitely not a good sign for him.  Longtime readers will know that we've been helping him fight cancer for close to three years now, and most of that time he was in remission.  Just the last couple of months he's had a relapse, and the chemo wasn't working.  When his oncologist (the wonderful Dr. Geist at VCA in Kearney Mesa) examined him today, he told Debbie there really wasn't anything left to be done.  He was clearly suffering and there was no realistic chance of recovery, so poor Debbie made the call by herself (as I'm up in Utah) to put him to sleep.  She held him as he went down.

Halala Pala has been a special cat in our household for almost ten years.  We're pretty certain he was a Maine Coon, either purebred or close to it.  He had all the classic Maine Coon attributes: fat, fuzzy, affectionate, and tiny voice more suited to a mouse than to a cat of his portly magnificence.  He loved to chase a laser pointer or feather on a string.  Oh, and he loved to eat :)

He was one of the cutest kittens I've ever seen (first picture below).  Not just his appearance, but his behavior as well.  You'd never guess that such a cute little kitten would, two years later, attain the level of magnificence you see in the second photo – but he did.  The rest of the photos were taken recently, when he was still in remission.  I've written about him several times before.

We'll miss you, Halala Pala.  We rescued you, and we're grateful for the the years of affection and companionship you gave us... 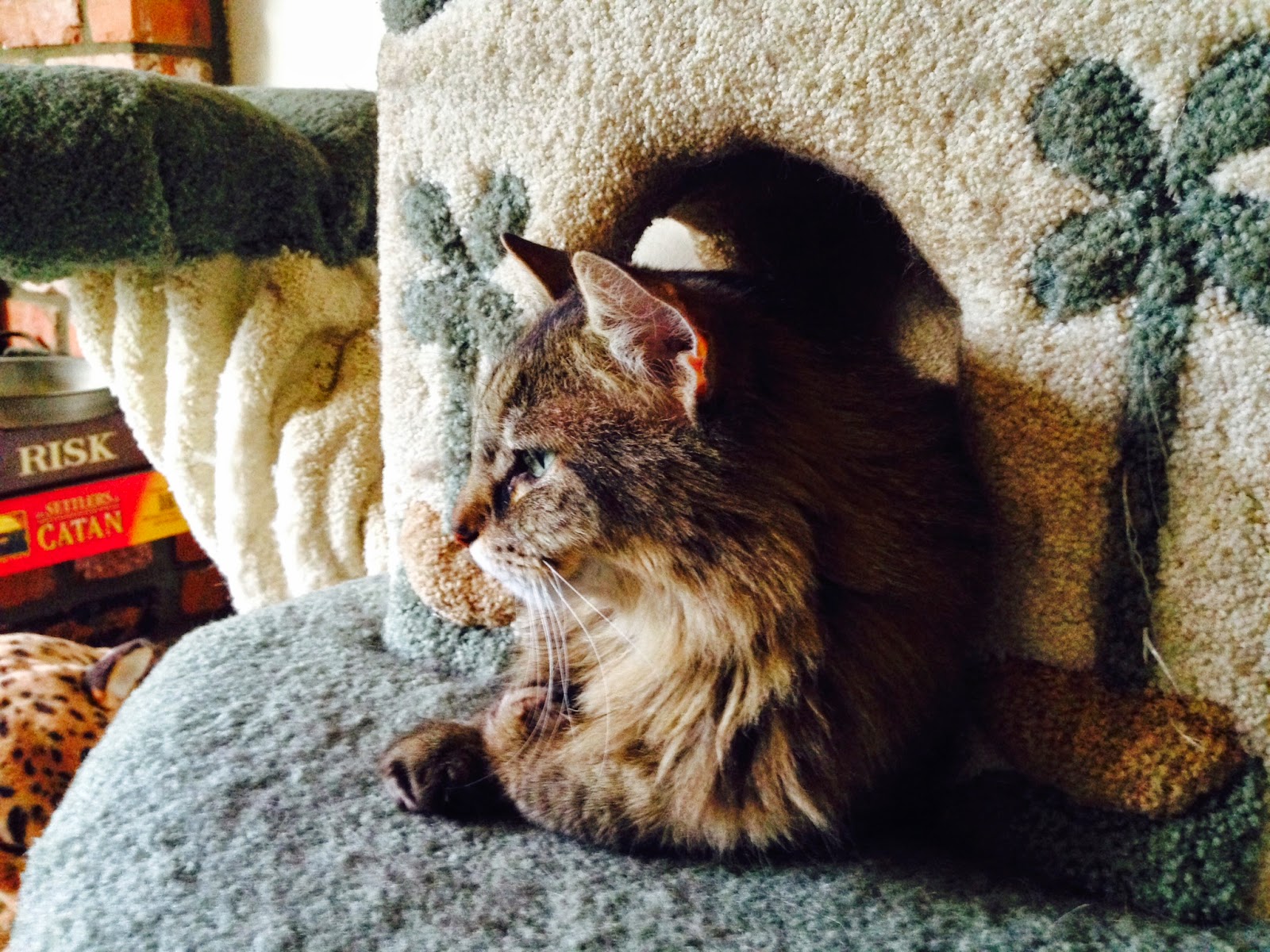 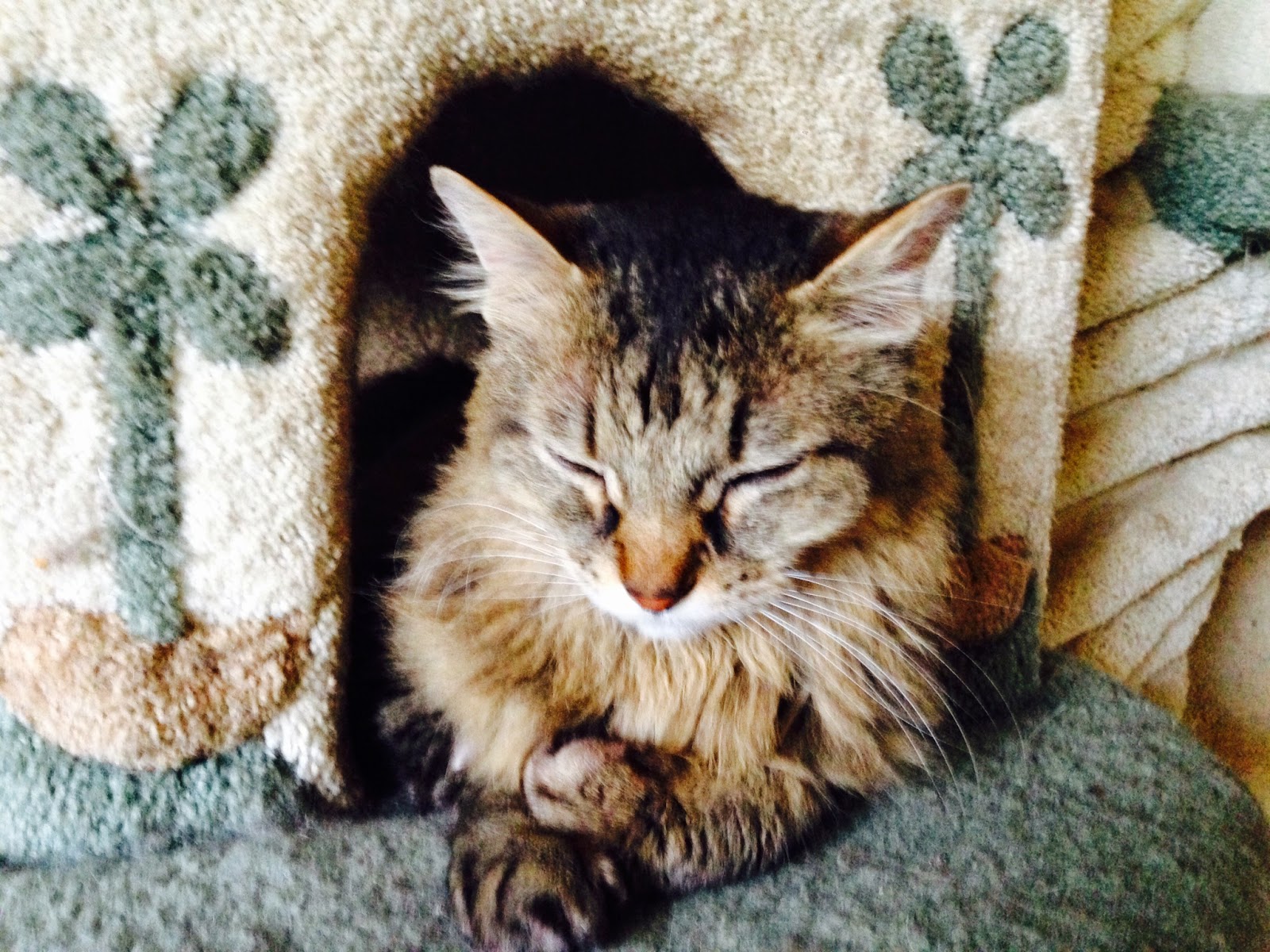 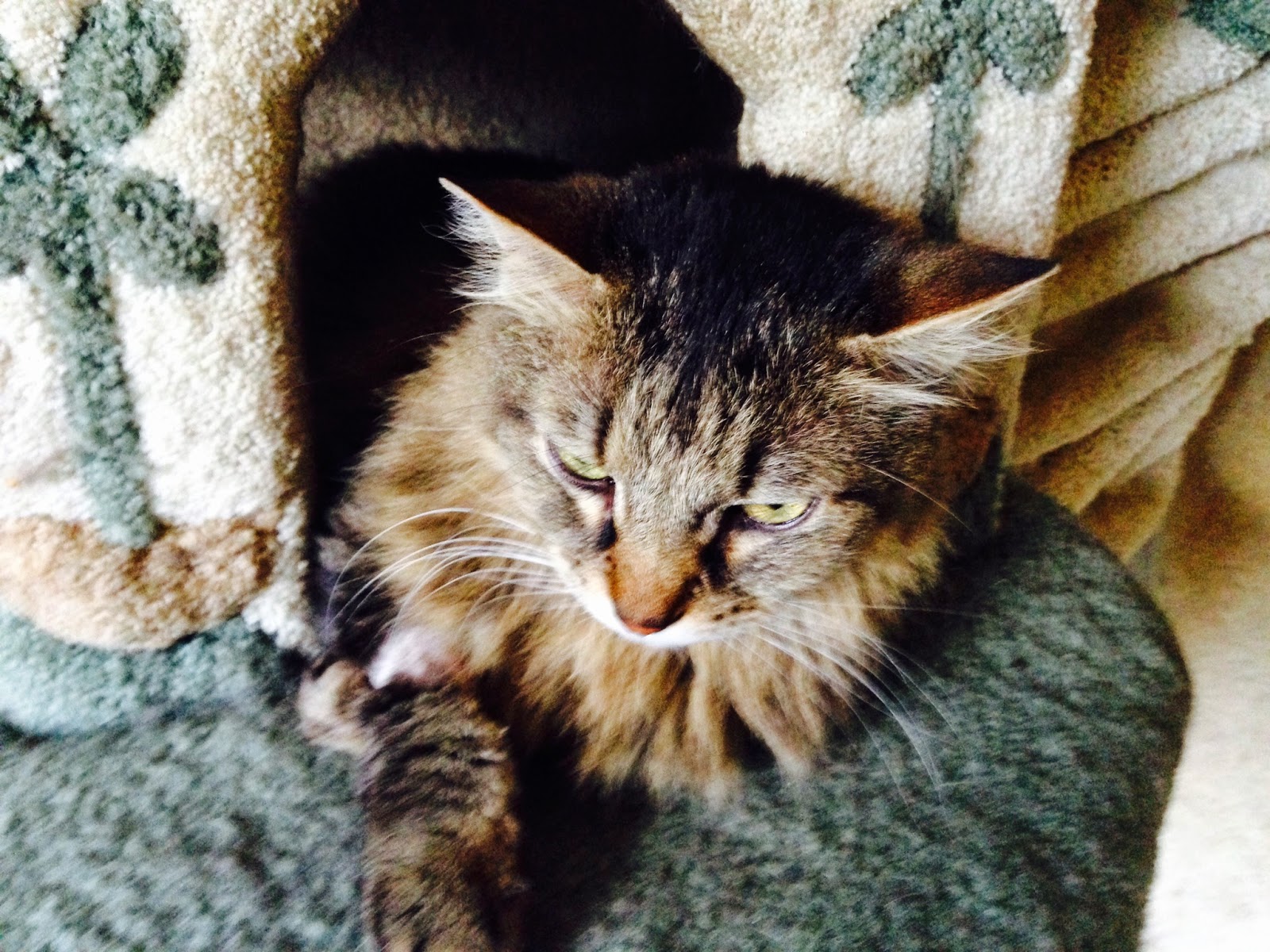 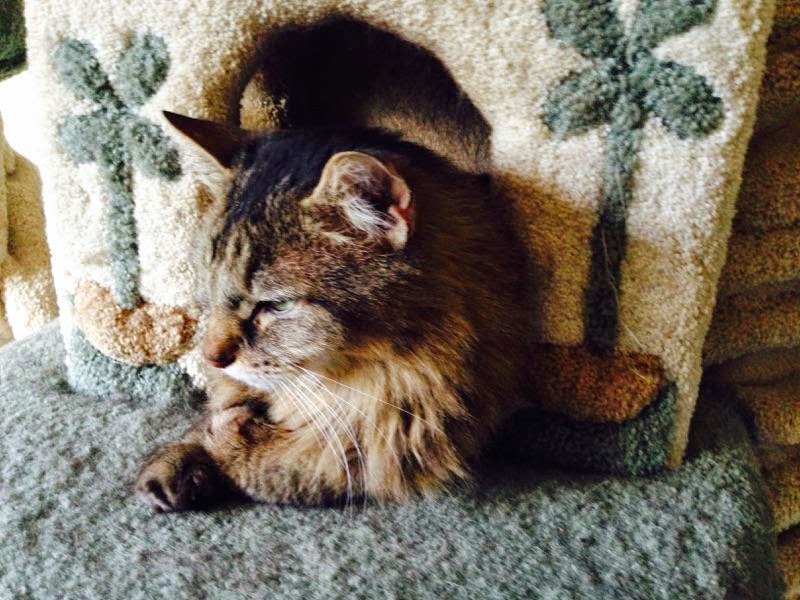 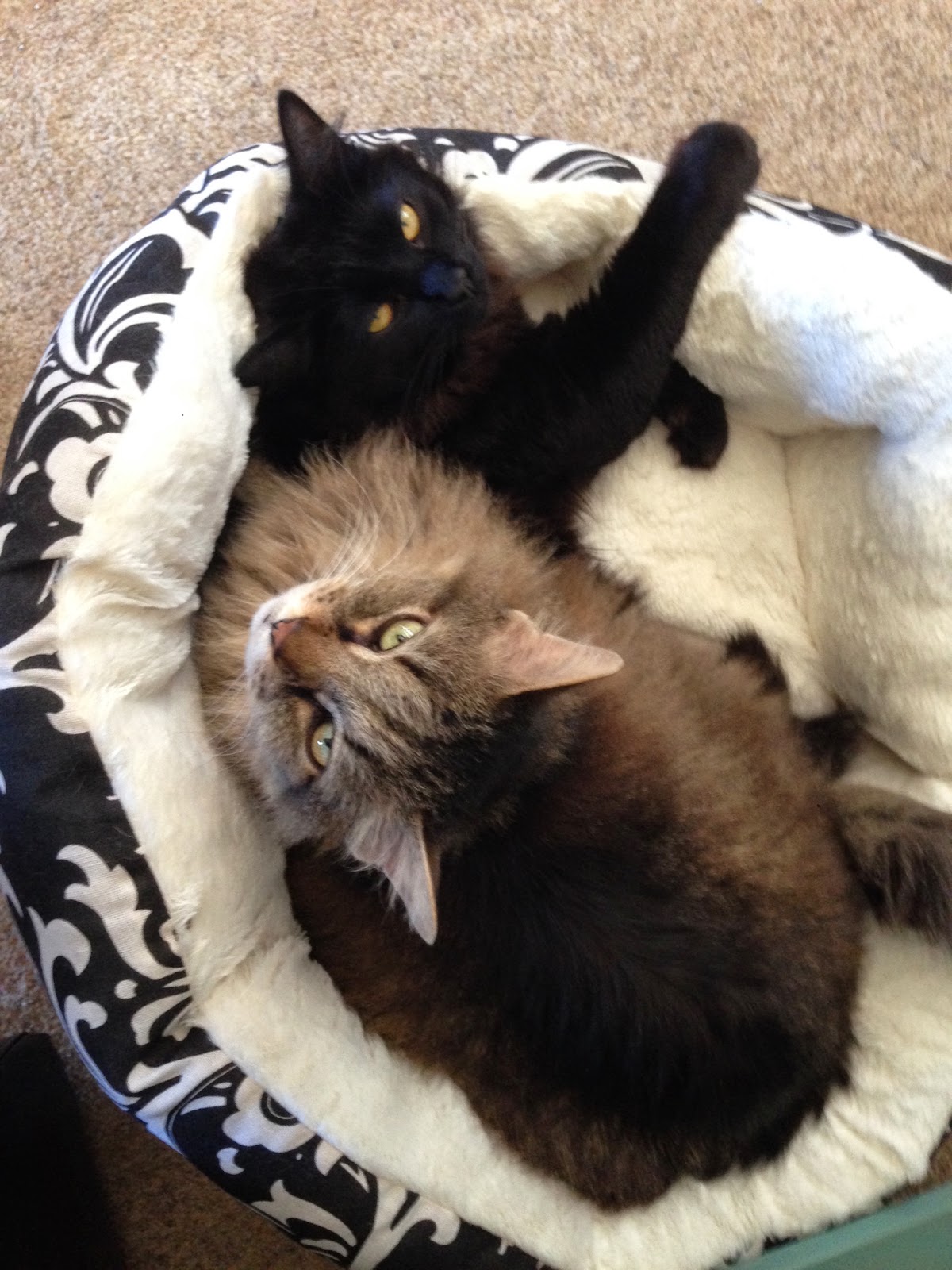 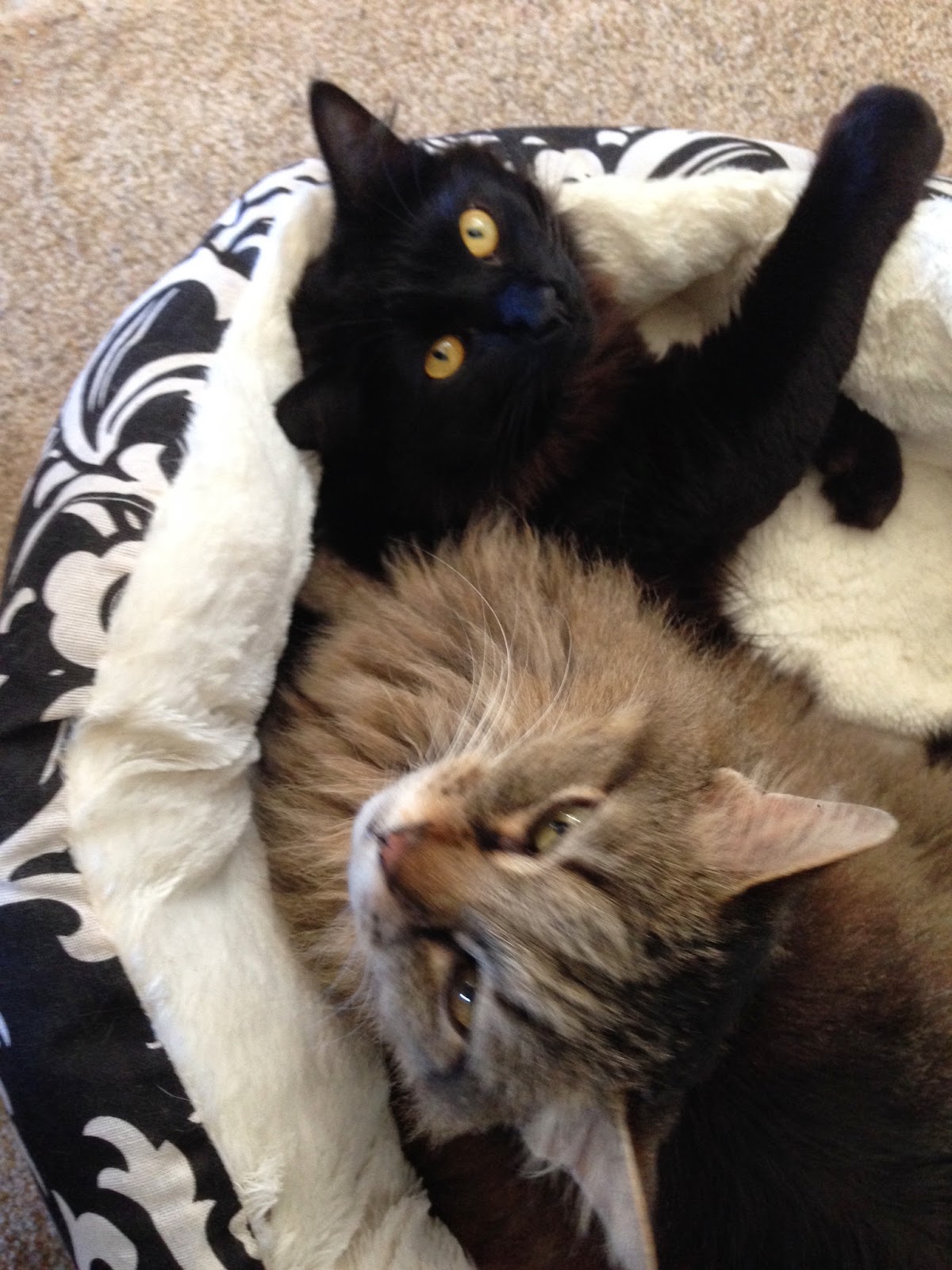 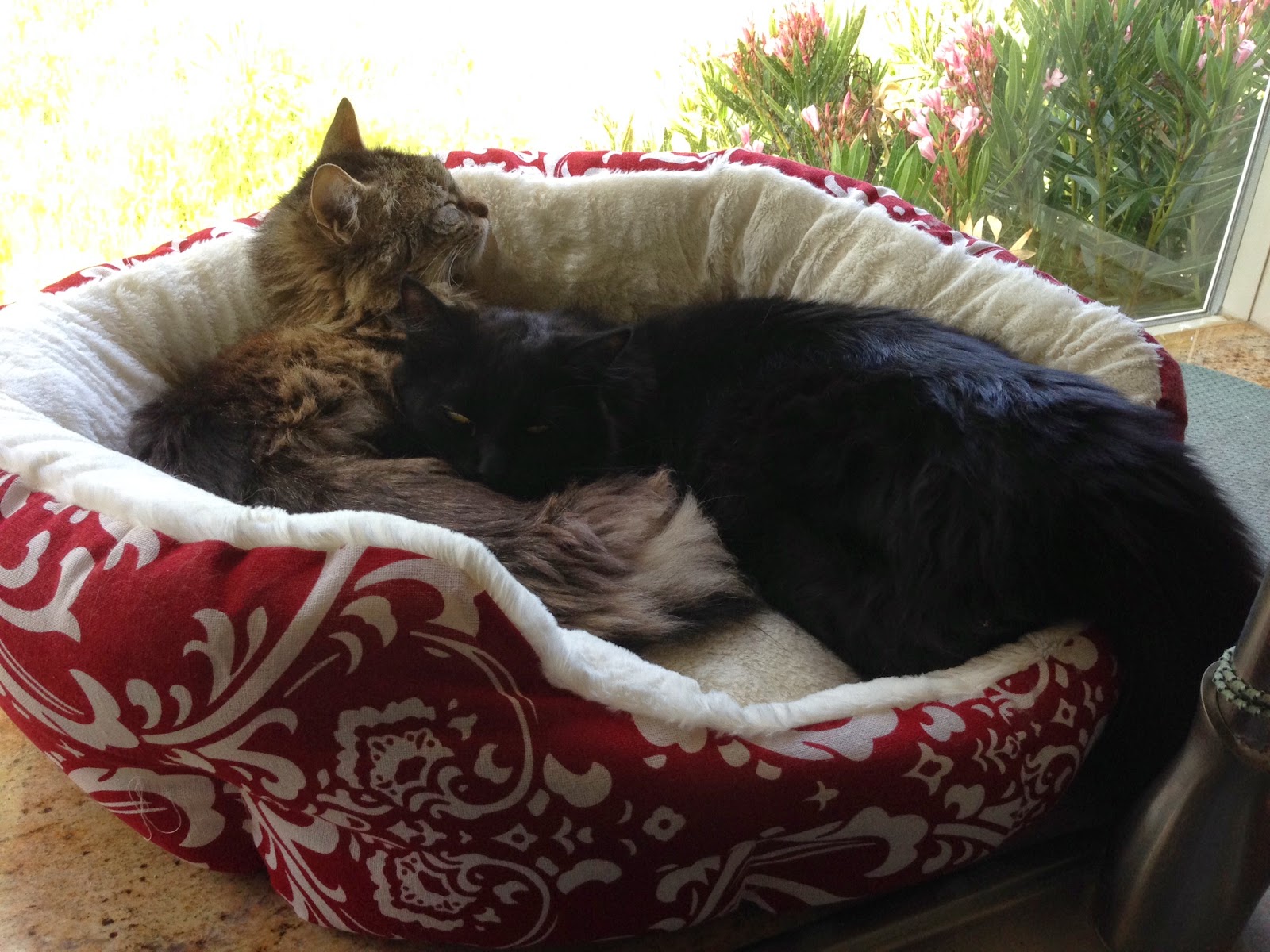 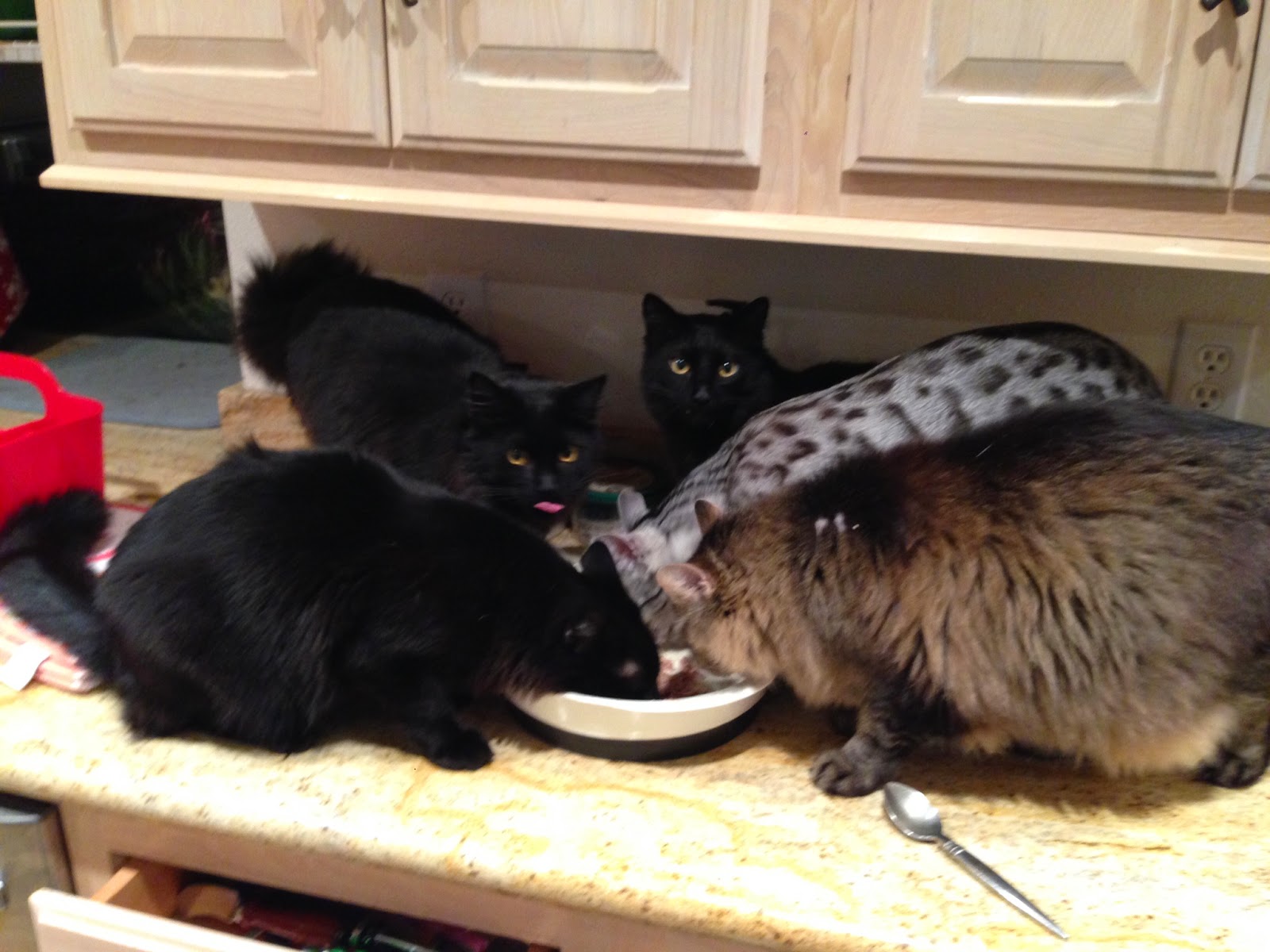 Posted by Unknown at (permalink) 2:05 PM No comments: 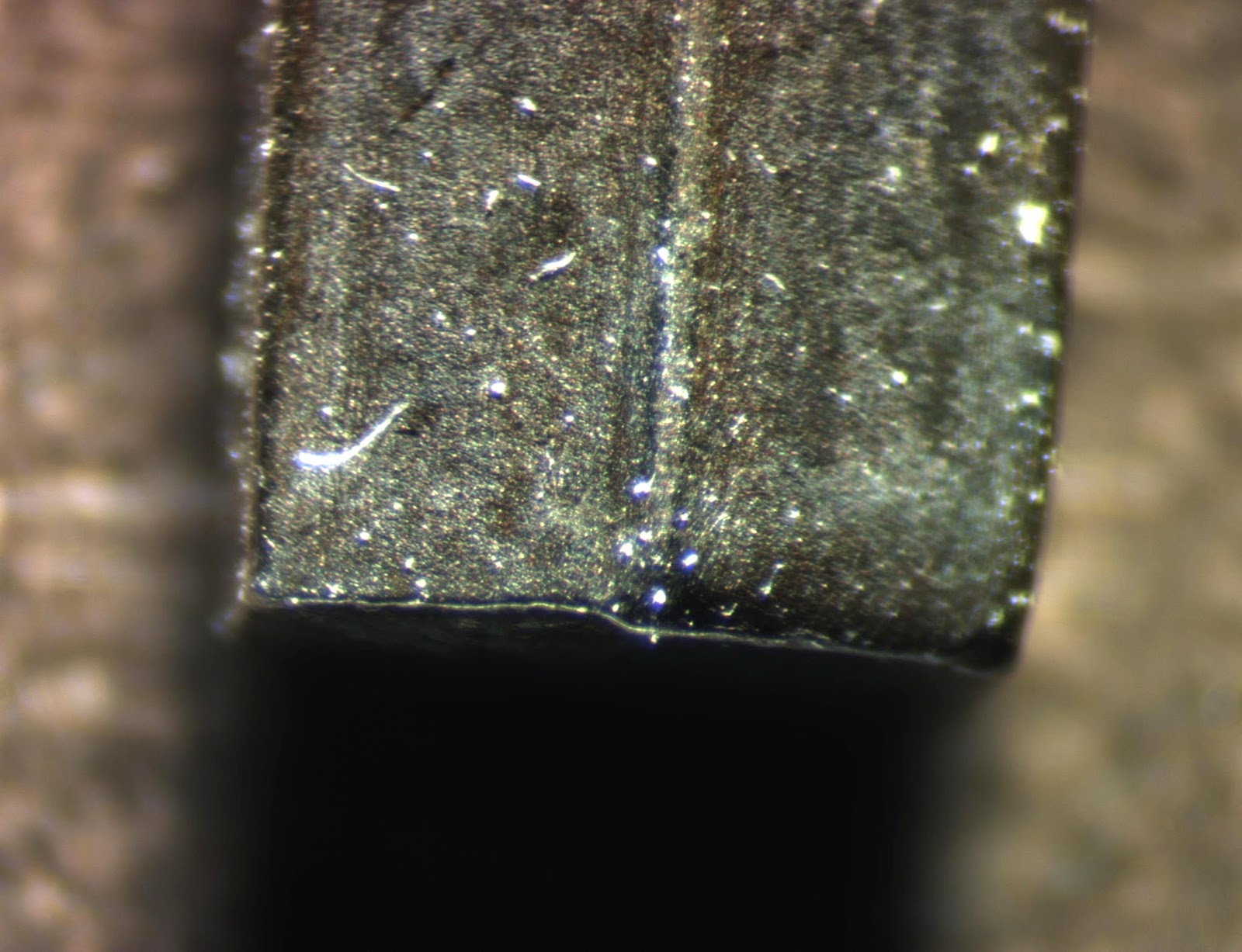 Allen wrench...  The photo at right shows the end of a 4mm Allen wrench at 60x.  The side to the right of center is visibly deformed, as is the center peak.

I threw this under the microscope because I could feel the deformation, but not really see it with my naked eye.  It surprised me that I apparently had more “resolution” with my fingertips than with my eyeball...
Posted by Unknown at (permalink) 6:42 AM No comments:

I've read several more formal studies that primarily concentrate on two things: the impact on crime, and the impact on society more generally.  In both areas Portugal has shown rather large improvements since 2002, when the country decriminalized drug possession.  Most interesting to me is that the improvements track quite closely the major claims of American libertarians (including me!) who advocate decriminalization here: large decreases in property crimes, and large decreases in the number of young men in jail.  One big surprise to me: Portugal is seeing much lower rates of domestic violence.  Of course, with any studies such as these, there is no proof of causation.  All we have is the lagging correlation, which is suggestive, but not proof...
Posted by Unknown at (permalink) 6:13 AM No comments: Animal sculptures in stainless steel ... by Korean artist Byeong Doo Moon...
Posted by Unknown at (permalink) 6:04 AM No comments:

Shades of 1984...  Except these always-watching, always-listening screens are things you buy voluntarily, and the data is being used commercially.  For now.

Is this a different kind of impact than other technology advances have made upon us?  I think it's only different in its details, really.  As with most other advances, there are benefits and there are drawbacks.  Loss of privacy, whether actual or perceived, is definitely a drawback.  Convenience and ease of use are definitely benefits - if I can say "Show C-SPAN" rather than picking up the remote, scrolling through the directory to find C-SPAN, and then clicking to show the channel, I'd much prefer the simple voice command.

One thing you can depend on about technology advances: if there's competition, the manufacturers will be falling all over themselves to provide what consumers actually want.  If the majority of consumers say they want privacy protection (in particular, if they're willing to pay for that), the manufacturers will be providing it.  Unfortunately, it seems that we can also depend on our own government to exploit technology to snoop on us – this I find far more worrisome than the commercial use.  Apple's recent cloud encryption decision may point a way for manufacturers to shield their consumers from the possibility of government snooping – and I, for one, would absolutely pay for that!
Posted by Unknown at (permalink) 5:44 AM No comments:

180 million years old...  That's the age of the incredibly detailed fossilized fern at right, buried by ancient lava in what is Sweden today...
Posted by Unknown at (permalink) 5:33 AM No comments:

Rockets are hard...  Astronaut Don Pettit on the tyranny of the rocket equation.  It's an easy read, no math, and a good introduction to the reasons why rocket engineering is so hard – which is why rockets blow up more than cars do...
Posted by Unknown at (permalink) 5:01 AM No comments:

Beautiful symmetry...  Taken directly under a power transmission tower, looking straight up.  The photographer goes by “SirSaucySquid” :)
Posted by Unknown at (permalink) 4:57 AM No comments: 44 places to visit...  Well, I wouldn't really want to visit all these places – but the photos are nice!
Posted by Unknown at (permalink) 4:55 AM No comments:

The methane lakes of Titan... The methane lakes of Titan ... reflecting the sun.  Cassini, the robotic explorer orbiting Saturn, captured this image recently...
Posted by Unknown at (permalink) 4:53 AM No comments: