Isn't it ironic?  Government surveillance edition.  Remy does it again...
Posted by Unknown at (permalink) 8:14 AM No comments:

Sea levels and satellites...  If you're an anthropogenic global warming skeptic, one of the most frustrating discussions you can have with warmists is about rising sea levels.  They are typically absolutely convinced that sea levels are rising swiftly, and that large chunks of the planet's land will soon be underwater.

The truth is just a tad more complicated.  The evidence about sea level changes isn't even close to being rock solid.  There are so many complicating factors when it comes to simply measuring sea level that nobody really knows for sure whether sea levels are even changing, much less whether they're going up or down!

This article is a great illustration of the enormous uncertainties that afflict just about every aspect of climatology.  Even measurement is hard in climatology, unlike in must other branches of science!

Here's another great article from the same folks about problems with the U.S. temperature data from surface weather stations...
Posted by Unknown at (permalink) 7:56 AM No comments: 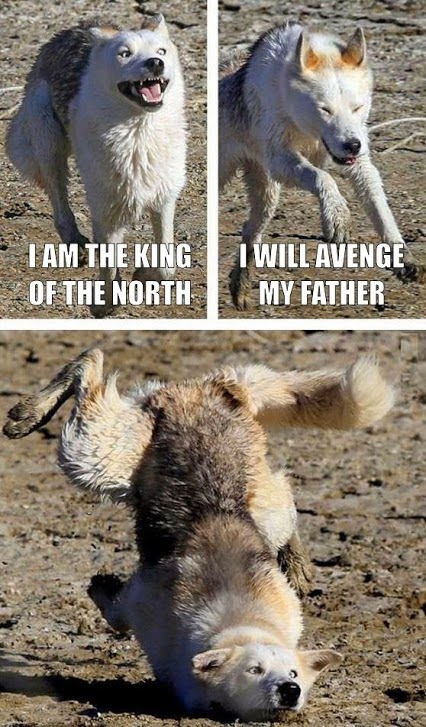 Snowden and the press...

Snowden and the press...  An interesting piece by Glenn Greenwald that reveals some of the ways that professional journalists distort the stories they report...
Posted by Unknown at (permalink) 6:53 AM No comments:

ROFL!  Scott Adams cracked me up this morning with his Sunday cartoon:

What makes Dilbert so great for me is that I can always reach into my own past to find an actual person exhibiting the behavior he illustrates.  Today's cartoon instantly reminded me of a mid-level manager who worked for me (and who shall remain unnamed) in the '90s – a guy who could have replaced the pointy-haired boss in this cartoon...

Hmmm...  Debbie spotted a news report this morning that warns of a large increase in the number of rabid skunks near Sacramento, California.

That's the state capital, where the legislature and governor work – but the news report was talking about actual skunks (Mephitis mephitis), not politicians (Homo despicabalus).

The news report presents this as a bad, scary thing.

We're not so sure about that.  In fact, it seems to us that those rabid skunks might well be able to perform a much-needed public service.  I wonder how we could encourage them?
Posted by Unknown at (permalink) 6:37 AM No comments:

An interesting artifact...  Photography buffs of a certain age (like me!) will immediately recognize the object in the photo: it's a Hasselblad 500 EL “system camera”, widely acknowledged as one of the finest SLR film cameras ever made.  Every serious photographer of the '60s and '70s lusted for one of these, but very few could actually afford one.

This particular one is rather special: it was modified by NASA for use on the Apollo lunar missions.  It's the only one that was actually returned from the moon (the other six are still there!), and it still has some moon dust on it.  It sold at auction recently for $760,000...
Posted by Unknown at (permalink) 6:26 AM No comments:

A moral right...  That's what Associate Professor Mireille Miller-Young, of the University of California at Santa Barbara (UCSB) said she has.  A moral right, that is, to assault a pro-life protestor and steal her sign.  The video at right is from a cell phone that captured the incident.

It would be easy to hype the physical specifics of this incident far beyond what actually happened.  The young woman who was assaulted did suffer some injury, but very minor.  Her property was stolen, but it was a homemade sign of negligible value.

None of that matters.

What matters is this: an adult professor, allegedly a role model for her students, took these actions and then subsequently defended them as appropriate.  Indeed, she claims to be setting a good example!

Now I'm not actually surprised by this.  It's par for the course amongst entitled progressives.  After all, they don't actually believe that everyone has equal rights, no matter how much they preach it.  They relentlessly seek to repress anti-progressive speech and activity at every opportunity.  That's exactly what Miller-Young did here – and she thinks she was in the right!

California is saturated with people holding this mindset, most especially in the larger cities and university towns.  They are bastions of progressivism in its most virulent forms.

As I read this story, I imagined what would happen to this professor were she to behave this way in Logan, Utah, near where we are shortly moving.  I suspect it would be mere minutes until she was run out of town and replaced by someone with a tighter grip on sanity.  But this is California.  Despite the fact that she's being criminally charged, my bet would be that she not only retains her position at UCSB, but is promoted as soon as the hubbub dies down.

I can't wait to escape this loony bin of a state!
Posted by Unknown at (permalink) 6:14 AM No comments: