We had a wonderful day today. The overall goal was to get from Parowan, Utah (where we stayed last night in a less-than-memorable Days Inn) to Moab, Utah. That mission was accomplished; at 6:30 pm tonight we rolled into town. But the rest of the day was a real treat as well, starting with a big surprise as we cruised through Cedar Breaks National Monument - the wildflowers were in prime: 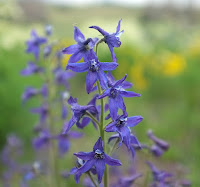 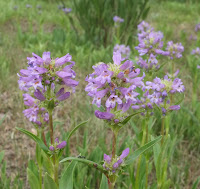 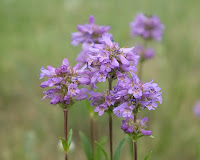 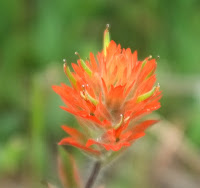 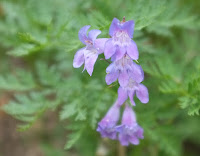 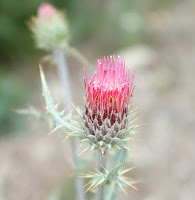 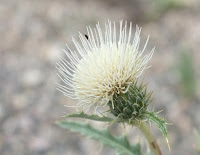 They were so beautiful! The weather was overcast and intermittently rainy, but we didn't care.  We saw a few deer, notably skinny, as winter (for them) is just barely over.
After wallowing in the wildflower beauty there, we headed down the east side of Cedar Breaks into Panguitch, and from there down to Bryce Canyon National Park. There we zoomed through; it was crowded with yelling, screaming tourists fully equipped with children. This is like Tom & Debbie repellent; we took a quick look and got ourselves out of there. But I did take a few photos:

After leaving Bryce, we zipped over to the town of Escalante, where Debbie had a cup of memorably bad espresso, purchased at a place we called the hippy-dippy baristas. If you go to Escalante and meet a couple of aging hippies who sell coffee - don't buy any! After dumping her coffee out on an unsuspecting and perfectly innocent clump of grass (thereby certainly causing its death), we went through the Escalante National Monument up to the west side of Capitol Reefs National Monument. I think that area is spectacularly beautiful; Debbie could take it or leave it (she wants more lushness). Naturally, I took photos. You can make up your own mind: 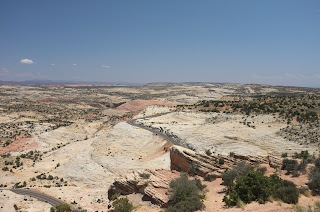 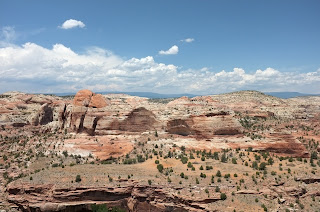 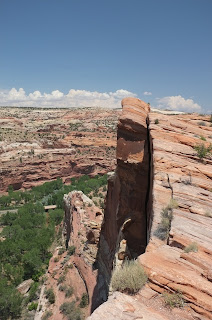 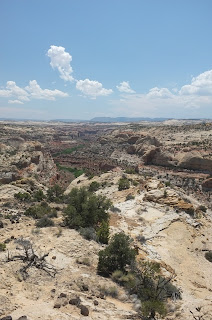 The last fun thing we did was to drive through Capitol Reefs National Monument.  It was stormy and raining, and we were running short of time, so we sort of zipped through.  But Debbie spotted the Fremont River running high and muddy through the park, so I just had to get out and take a look.  Everywhere the river had lapped up on the shore, it left a thick layer of mud behind.   This river water must be heavily laden with silt!  Further downstream, we noted that much of the silt was gone, and the water was transparent again.  There must be a slow spot in the river current that allows the silt to settle out... 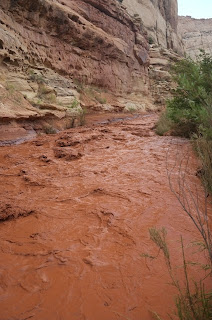 Now we're settled in our hotel room, which is considerably nicer than the place we stayed last night.  Debbie is curled up on the couch with the two dogs as I type this.

The FJ performed flawlessly today.  This trip is the first time I've driving the FJ extensively at highway speeds, and it was pleasant to discover that its highway handling is quite competent.  We had no problem zipping around the Utah highways with their 75 mph speed limit, even though we're loaded down, the roof rack is loaded up, and we've got big old headlamps sticking up into the slipstream.  It worked great.  Even better: so far none of my modifications have either failed or fallen off the truck :)  Our "Slighty Loony" sign on the front, and "Don't Tread On Me" hitch receiver cover on the back have garnered some attention.  Mostly people smile and give us the thumbs up when they see them, but today one fellow took a good hard look at the front of the truck and pronounced it a "stupid looking car".  Oh, well.  We can't please everybody, so we'll just please ourselves :)
Posted by Unknown at (permalink) 8:12 PM 1 comment: