Via friend and reader Simon M.:

How the heck do I know!

BUT, luckily I found a transcript of a conversation between two "eminent economists" discussing this very question!

COSTELLO: I want to talk about the unemployment rate in America.

COSTELLO: That many people are out of work?

COSTELLO: IF you are out of work you are unemployed.

ABBOTT: No, Obama said you can't count the "Out of Work" as the unemployed. You have to look for work to be unemployed.

COSTELLO: BUT THEY ARE OUT OF WORK!!!

ABBOTT: No, you miss his point.

ABBOTT: Someone who doesn't look for work can't be counted with those who look for work. It wouldn't be fair.

COSTELLO: But they are ALL out of work.

ABBOTT: No, the unemployed are actively looking for work. Those who are out of work gave up looking and if you give up, you are no longer in the ranks of the unemployed.

ABBOTT: Unemployment would go down. Absolutely!

COSTELLO: The unemployment just goes down because you don't look for work?

COSTELLO: That would be tough on his reelection.

COSTELLO: Wait, I got a question for you. That means there are two ways to bring down the unemployment number?

COSTELLO: Unemployment can go down if someone gets a job?

COSTELLO: And unemployment can also go down if you stop looking for a job?

COSTELLO: So there are two ways to bring unemployment down, and the easier of the two is to have Obama's supporters stop looking for work.

ABBOTT: Now you're thinking like the Obama Economy Czar.

COSTELLO: I don't even know what the hell I just said!

A Geyser and the Aurora Borealis...

Both at the same time, in the same photo.  Gorgeous!  From APOD, of course... 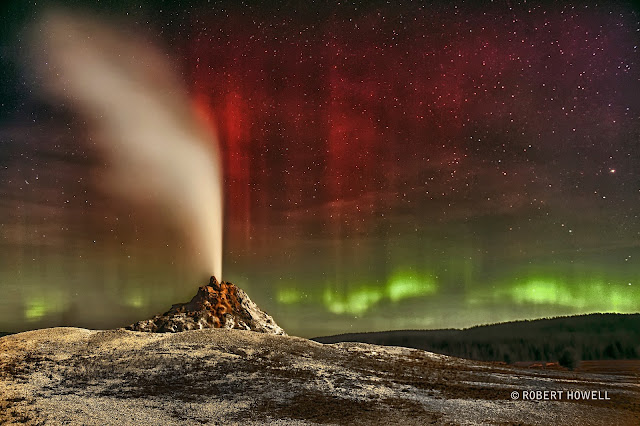 You may have heard that we had a “Presidential debate” last night.  I watched the first third of it, then turned it off in disgust.  About the only things I learned were (a) the two candidates could verbally spar with each other, and (b) Candy Crowly wears her progressive bias like a piece of jewelry.

I see in the blogs that writers on both sides are cheering the “jabs” that their candidate made, and booing the “lies” that the other candidate made.  I see endless debates about points of infinitesimal importance.  I see utterly nothing of any real substance, and no new positions or plans by either candidate.

There was a moment, early in the debate, that crystallized my disappointment for me.  It started with this question (directed at Obama) from one of the selected questioners:


Your energy secretary, Steven Chu, has now been on record three times stating it's not policy of his department to help lower gas prices. Do you agree with Secretary Chu that this is not the job of the Energy Department?

I'm sure that the Romney supporters, upon hearing this question, immediately thought it was a great question, and waited eagerly to hear Obama's answer.  And they heard exactly what any political observer would tell them to expect: Obama danced around all over the place, talking about green energy, efficient cars, and what not.  But he never came close to answering that question.  Of course he didn't, as that would require him to do something politically suicidal: admit that it was, in fact, his intended policy to raise energy prices – and that Steven Chu was doing exactly what Obama wanted him to do.

Romney replied exactly as you'd anticipate, by highlighting what Obama has done to make prices high, and what he'd do to lower them.  Nothing new.

My own reaction to that question was a bit different: I thought it was an obvious and even stupid question.  How uninformed does one have to be to not already know the answer to that question?  This isn't exactly new news.  Way back in 2008, Obama campaigned on a promise to raise energy prices (including, explicitly, gasoline).  He didn't hide it so much back then; he said it quite openly.  He gave that some context as well: higher prices would force Americans to use less energy.  In Obama's Progressive-world, it's an article of faith that the government should do this.  When he nominated Stephen Chu, Obama bragged about Chu's support for exactly those policies.  Then when Chu actually executed those policies, and talked about them publicly, he got no rebuke.  He wasn't told to retract his statements.  He wasn't fired.

It's obvious what the answer to that question is.  At least, it's obvious to anyone who's been paying even the very slightest amount of attention to the world over the past four years.

So what does it mean that the Gallup organization selected that question to be asked?

Fundamentally I think it means that Gallup (and the presidential debates commission) knows they're never really going to get a debate on real issues of substance.  The electorate/audience is far too ignorant for that to ever happen.  And those real issues of substance aren't going to be what decides the outcome of this election.  Instead, it will be uninformed voters, generally with poor thinking skills, making uninformed choices, mainly on an intuitive and emotional basis.  Some people will vote for a candidate because they like the sound of his voice, or his confidence, or his business background, or his lack of business background, etc.

So...  I shut off the debate, drank a big glass of wine, went to bed and tried to think of other things.  Thinking about the election was just too damned depressing... 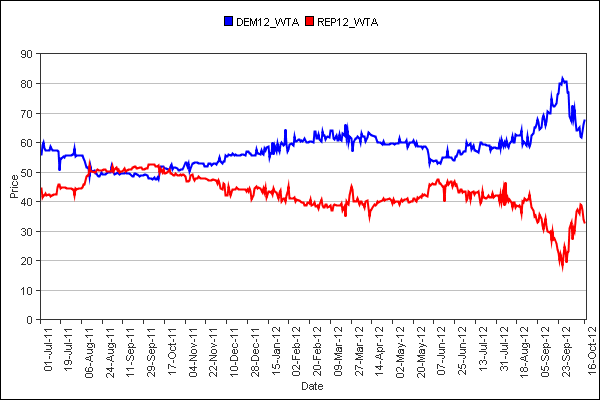