To Breathe as One...

To Breathe as One...  Longtime readers know that I have visited the little Baltic nation of Estonia many times, and that I have quite a few friends there.  I'd call myself an “estoniaphile”, but that word just looks too awkward.  You get the idea.

One of things about Estonia that I cherish is the key role that song – people singing – played in their most recent revolution, when they gained their freedom and independence from the Soviet Union in 1991.

Now there's a new film (To Breathe as One), about the song festival (the “Laulupidu”) held every 5 years since 1869 in Tallinn, Estonia.  The most recent Laulupidu was in 2009, and included an American children's choir from San Francisco.  The video at above and right is the official trailer.  I ordered the DVD, and I can hardly wait to receive it...
Posted by Unknown at (permalink) 10:01 AM No comments:

Not a comforting thought... 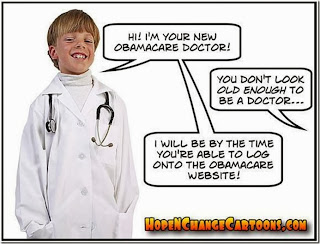 Wow!  Full screen for this one.  You know the drill...
Posted by Unknown at (permalink) 9:35 AM No comments:

ObamaCare website development manager clueless about security risks.  Somebody is hiding something – but who and what is not so clear...

Introversion isn’t Obama’s problem, his inability to tell the truth is. Well, that's part of his problem, to be sure...

Project Veritas uncovers (in the video at right) corruption and fraud in the ObamaCare “Navigator” program.  It ain't purty...

72 of the mandates that are key reasons why ObamaCare-compliant insurance policies are so much more expensive than those available previously...

Will shitty ObamaCare ads get young people to buy insurance?  These are amongst the ads being discussed.  Seriously.  I'm not kidding...

California leads the way ... in policies being canceled due to ObamaCare.  Awesome...

You think ObamaCare looks bad now?  Just wait until you see what January brings...
Posted by Unknown at (permalink) 9:32 AM No comments:

NSA blowback on NIST having an effect...

NSA blowback on NIST having an effect...  One of the sideshows in the larger NSA scandal is the revelation that NIST (the National Institute of Standards and Technology) had apparently cooperated with NSA in deliberately weakening the cryptographic standards that NIST produced.  This cooperation by NIST was quite shocking to many people, in many fields, myself included.  NIST produces an amazing array of standards, in things from metrics (the measurement of things) to cryptography to railroad gauges.  Until these recent revelations, most people I knew (including me) thought of NIST as an above-the-fray, apolitical, transparent, and honest institution.

Not so much any more.  I've worked directly with NIST on two occasions during my career.  One involved time standards supporting electronic trading applications, the other involved electronic metrics for calibrating instruments.  I can't offhand think of any reason the NSA would be interested in perverting either of those things – but these days, I'd take the possibility of that into account.  Others I know who work with NIST on a more frequent basis are feeling downright paranoid about them now.  So this news is welcome, though NIST is going to have a difficult time recovering its reputation entirely, I think.  But it's a start...
Posted by Unknown at (permalink) 9:11 AM No comments:

The future USS Zumwalt, DDG 1000 ... the first ship of a new class.  To anyone who served in the Navy before about 2000, as I did, this is one very odd looking ship.  The super-structure is angled (for stealth), the bow is raked backwards (apparently to reduce pitching in rough seas), it has stabilizers (passive only, I think), and the entire design is very sleek and streamlined looking.

Contributing to the interest for me is that this ship is named after Admiral Elmo Zumwalt – who was the Chief of Naval Operations when I joined the Navy.  He introduced all sorts of reforms that our local commanders hated.  Most of these occurred while I was in training at Mare Island, in Vallejo, California.  His “Z-grams” (memos) went out to all sailors, and rolled back restrictions on things like haircuts, beards, and the wearing of civilian clothes on base.  That latter rollback destroyed an entire industry: the sailor's “clubs” that formerly could be found just outside the gates of any Navy base.  Prior to Zumwalt's rollback, sailors were only allowed to wear uniforms on base – no civilian attire allowed.  Worse, on some bases (including Mare Island), you could only leave or enter the base if you were wearing certain kinds of uniforms – and these never included ordinary working clothes.  So to go on or off base, you had to change clothes, typically into “undress blues” or “undress whites” back in those days.  It was a hassle, and unnecessarily so.  Worse, in those days late in the Vietnam War, any sailor caught outside the base in uniform was sure to be harassed by anti-war civilians (the vast majority of them).  The sailor's clubs were the solution.  These clubs would rent you a tiny locker, and provided a place to change your clothes.  Sometimes they had showers, too.  So when you wanted to go somewhere for the weekend, you'd work all day Friday in your working uniform, then change into (say) undress whites, exit the base, go into the sailor's club, rent a locker, change into your civilian clothes, and go about your weekend.  Jeez, what a pain in the neck!  But when “Zoomie” rolled back those rules, all that disappeared, and virtually overnight.  He was the enlisted guy's hero, for this reason, and many others.  We expected bad things to happen when he left the role in 1974, but in fact, most of his reforms stayed in place...
Posted by Unknown at (permalink) 8:58 AM No comments:

Another power-grab by The One's administration...

Another power-grab by The One's administration...  This time, through the EPA: all the waters are ours!
Posted by Unknown at (permalink) 8:21 AM No comments:

IKEA...  If you've ever been in an IKEA store, you'll be able to identify with this :)

The curmudgeon's guide to The Sound of Music...

The curmudgeon's guide to The Sound of Music...  Put your drink down first, then go read.  A sample:


The "Lonely Goatherd" puppet show is all about coerced mountain marriages, including coerced goat marriages, which send a bad message to children and anthropomorphized goats.

Ha!  Even the folks at NPR can be funny sometimes...
Posted by Unknown at (permalink) 8:13 AM No comments: 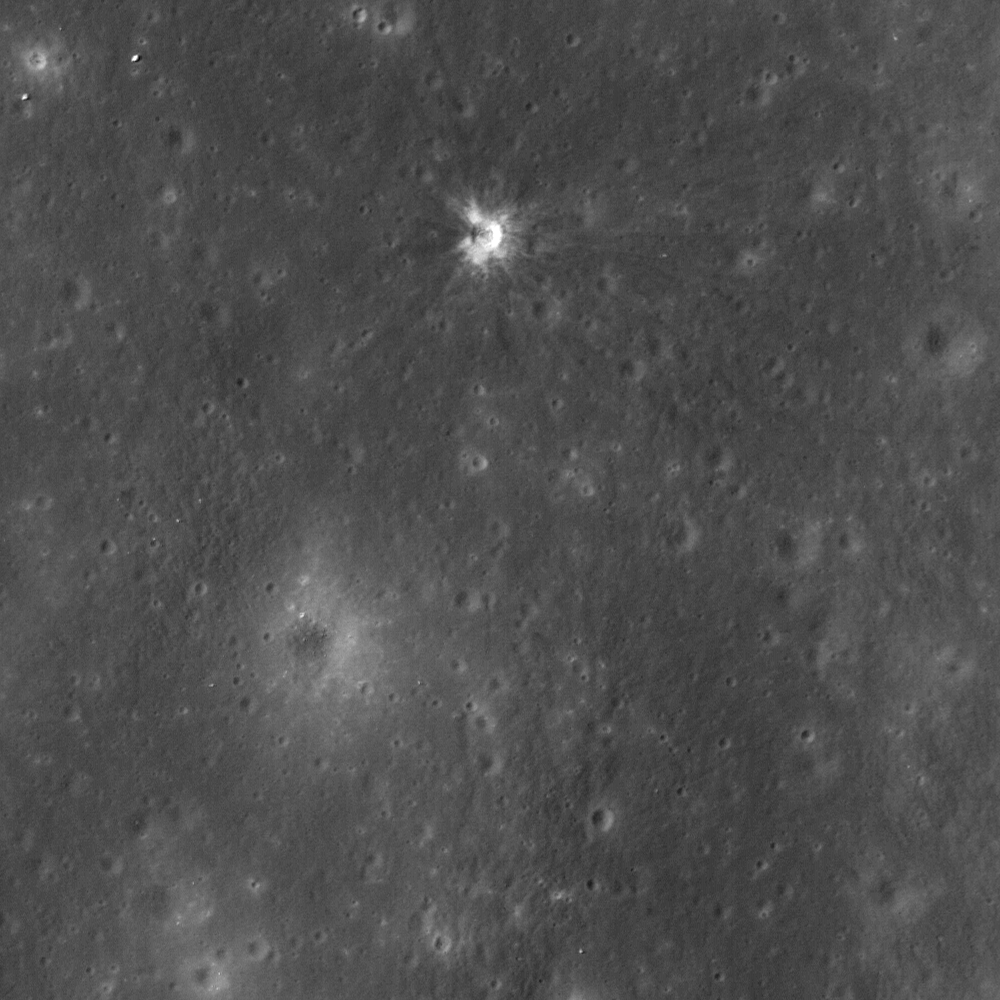 Ranger 7 lunar impact crater...  If you're ancient enough, like me, you might remember this series of early robotic exploration missions.  Ranger 4, part of the series, was the first man-made object ever to strike another body in the solar system.

Ranger 7 was the first to return high-quality photos.  The Ranger series wasn't intended to actually land safely on the moon – instead, they were aimed straight at the moon and intentionally slammed into it at very high velocities.  On their final approach, they took photos and other measurements and beamed them back to Earth in real time (these images were turned into the video at left).  Then the Rangers struck the moon, making small craters because of the kinetic energy of their impact – and of course there were no more pictures after that.  This was part of the preparatory work leading up to the Apollo landing missions.

The Ranger series were tremendously exciting for me as a kid.  I knew enough science and math to understand what was being attempted and just how difficult it was.  By today's standards, the technology employed in the Rangers was laughably primitive – but at that time, it was real bleeding-edge stuff.  The very idea of getting something made by mankind to another world sounded to us like something straight out of science fiction, an impossible feat.  Remember, this was less than 40 years after Lindbergh's pioneering trans-Atlantic flight!
Posted by Unknown at (permalink) 8:09 AM No comments:

California leads the way ... in pornography star protection!  No, I'm not talking about requiring condoms for the “performers” – the new requirement being proposed is for goggles.  And more.  Seriously.  Details here (including some explicit descriptions)...


Posted by Unknown at (permalink) 7:48 AM No comments: 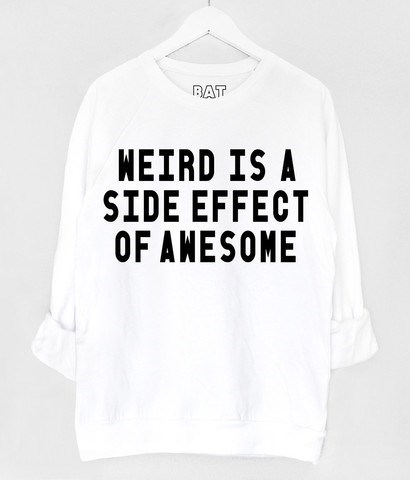 I like it!
Posted by Unknown at (permalink) 7:42 AM No comments:

Settled science?  You know that incessantly repeated claim by warmists that 97% of climate scientists agree about AGW?  Well, turns out that it's simply not true.  According to a newly published, peer-reviewed study, it's actually more like (wait for it!)... 0.3%.  Article, study...
Posted by Unknown at (permalink) 7:41 AM No comments:

Over 200 strangers ... attended this veteran's funeral in Lancashire, England.  It's a beautiful story, and one that I'd like to think might happen here, as well...
Posted by Unknown at (permalink) 7:36 AM No comments: