Nice One, National Review. Nice One!

Michael “Hockey Stick” Mann took a great deal of ribbing, not all of it good-natured, for his recent display of ego: he claimed that he had been awarded the Nobel Peace Prize, when in fact no such thing had occurred.  What did happen is that the 2007 Nobel Peace Prize was awarded to the IPCC and Al Gore for their work on global warming climate change – and Mann was one of several thousand people that contributed to the IPCC report who got a certificate from the IPCC lauding them for their work.

Now, personally, I have no desire to be recognized by the committee that selects the Nobel Peace Prize winner.  It's hard to imagine a group of people I'd be less interested in being associated with – Yasser Arafat, Jimmy Carter, Barack Obama, etc., etc.  But Mann apparently has other feelings about that association, and his efforts at self-promotion have rightly earned him scorn from just about every direction.

The National Review outdid all his critics, though.  They took out a full page ad on Halloween in the Penn State (where Mann works) student newspaper.  It's reproduced below.  Via Watts Up With That:

Awesome, National Review. Just awesome!
Posted by Unknown at (permalink) 5:12 AM No comments:

I don't generally think of newspaper editorials about political candidates (or endorsements, for that matter) as being newsworthy in and of themselves.  They're mostly of note for ideas and perspective.  Yesterday's editorial in the Las Vega Review-Journal, though, is an exception – I think it is newsworthy for it's forthright conclusion:


This administration is an embarrassment on foreign policy and incompetent at best on the economy - though a more careful analysis shows what can only be a perverse and willful attempt to destroy our prosperity. Back in January 2008, Barack Obama told the editorial board of the San Francisco Chronicle that under his cap-and-trade plan, "If somebody wants to build a coal-fired power plant, they can. It's just that it will bankrupt them." He added, "Under my plan ... electricity rates would necessarily skyrocket." It was also in 2008 that Mr. Obama's future Energy Secretary, Steven Chu, famously said it would be necessary to "figure out how to boost the price of gasoline to the levels in Europe" - $9 a gallon.

Yet the president now claims he's in favor of oil development and pipelines, taking credit for increased oil production on private lands where he's powerless to block it, after he halted the Keystone XL Pipeline and oversaw a 50 percent reduction in oil leases on public lands.

These behaviors go far beyond "spin." They amount to a pack of lies. To return to office a narcissistic amateur who seeks to ride this nation's economy and international esteem to oblivion, like Slim Pickens riding the nuclear bomb to its target at the end of the movie "Dr. Strangelove," would be disastrous.

Candidate Obama said if he couldn't fix the economy in four years, his would be a one-term presidency.

Mitt Romney is moral, capable and responsible man. Just this once, it's time to hold Barack Obama to his word. Maybe we can all do something about that, come Tuesday.

Posted by Unknown at (permalink) 4:59 AM No comments:


Pretty sure this video is somehow racist because it presents, in simple graphic form understandable even to your most naive and childish Facebook friends, some facts and math-things that are unflattering to President Be-Cool-Honeybunny. Seriously though, it’s a great video. A little long but gave me goosebumps all the way through.

Just ran across this amazing table...

Curiosity is behaving like a teen-aged girl taking pictures of herself on her mobile phone... 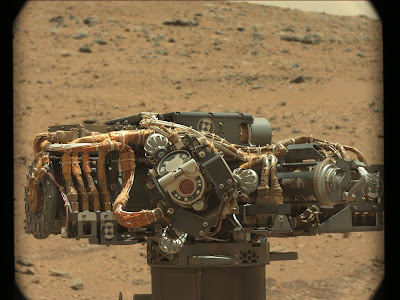 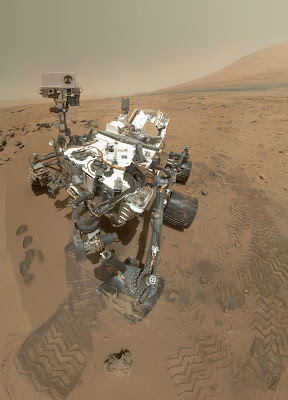 Posted by Unknown at (permalink) 4:40 AM No comments:

I can't think of anything encouraging to say about this: 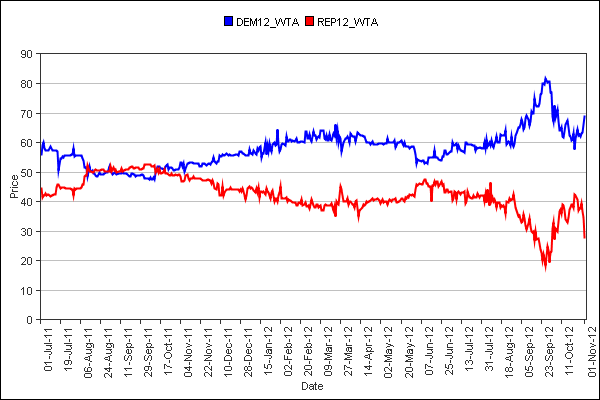