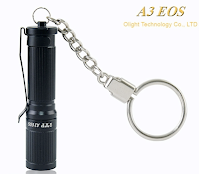 A few weeks ago, after reading about this product (the iTP A3 EOS Upgraded), I purchased the tiny little LED flashlight.  This thing is just barely larger than the AAA battery it contains.  The LED is amazingly bright – too bright to look directly at – and provides ample light for walking around on a pitch-black night.  The battery life is claimed to be 15 hours; I'm at 5 hours now and there's no sign of dimming.  This thing is so small that I can easily keep it in my pocket at all times, which means that it's available whenever I need it.  Two thumbs up!

FCC Disclaimer: I purchased this product with my own funds, for my personal use and not for the purpose of review.  Neither the manufacturer or the reseller asked me to review this product, nor was I compensated in any way for the review.
Posted by Unknown at (permalink) 4:52 AM No comments:

I recently finished two books that I highly recommend to anyone interested in 20th century history.

First is Churchill, by Roy Jenkins.  This is a superb biography of Winston Churchill, written by a well-known member of the House of Lords.  Its focus is political, but the other aspects of Churchill's remarkable life are not neglected.  I've read several other biographical works on Churchill, all focused on his World War II leadership; this one filled in many of the blanks for me.

Second is a much shorter read: The Fall of Fortresses by Elmer Bendiner.  This is a classic work that I had never previously read.  It is by far the best depiction of the life of a bomber crew that I have ever seen.  Bendiner was a B-17 navigator who survived his 25 missions and came home in one piece.  Thirty-five years after the war, and after gaining a much wider perspective, he wrote this work that ranges from how the windows frosted up at high altitude to pondering the strategic wisdom of the bomber strategy.
Posted by Unknown at (permalink) 4:42 AM No comments: 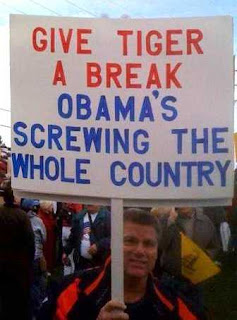 Ten days ago, Jonathan “Mikey” Ulmer, 21 years old, was struck and killed by a hit-and-run driver just across the street from Simpson's Nursery.  The family is now offering a $5,000 reward for information leading to an arrest and prosecution (click to enlarge the family's flyer at right).

I find it shameful that a reward might prompt someone to come forward with information that they otherwise wouldn't have volunteered.  Nevertheless, I hope the family has success in bringing the hit-and-run driver to justice...
Posted by Unknown at (permalink) 4:33 AM No comments:

Those of us who live in the domain of the Ninth Circuit Court of Appeals have long called it the “Ninth Circus”.  The bozos and leftist idealogues that dominate this circuit have long been the jokes of our Federal judicial system.  Last year they set a record: 88% of all their cases that were appealed to the Supreme Court were reversed by those wiser folks.

Now the Ninth Circus has done it again, by upholding the certification of a ludicrous class action suit against Wal-Mart.  There will be an appeal, and hopefully the Supremes will take the appeal and will spank the Ninth Circus.  Again.

It's not often that I discover something that Paul Krugman and I agree on.  Krugman is the Nobel prize-winning economist who has lately changed careers to be a leftist columnist for the New York Times, generally taking political positions that make Obama, Pelosi, and Reid seem like card-carrying conservatives.

But this column of his is within an area he has actual expertise, and I think he's spot on when he points out that the credit ratings agencies (like Moody's and Standard & Poor's) deserve a healthy dollop of blame for the financial system meltdown of 2008/2009.  He quotes one statistic as evidence that the ratings agencies were deeply corrupt: 93% of all formerly AAA rated mortgage-backed securities are now rated as junk.  The securities haven't changed, only their rating.

Yup, that looks like a problem to me.  One of the few things I've seen that genuinely appear to need some regulatory reform...
Posted by Unknown at (permalink) 4:17 AM No comments: