Obama's bin Laden raid narrative a big fat lie?  People of a certain age will remember Seymour Hersch – the reporter (back when they actually did some reporting) who broke the story of the My Lai Massacre in 1969.  He's got quite a rant in The Guardian today, being cranky on a wide range of subjects.  One thing leapt out at me:


Don't even get him started on the New York Times which, he says, spends "so much more time carrying water for Obama than I ever thought they would" – or the death of Osama bin Laden. "Nothing's been done about that story, it's one big lie, not one word of it is true," he says of the dramatic US Navy Seals raid in 2011.

I've heard doubts about the truthfulness of the Obamanoid's narrative on the bin Laden raid, but most of them seemed like partisan wisecracks or were simply not credible.  However, Hersch (at least at one time) is definitely a credible source.  The article doesn't say what he bases that assertion on, but if he's got evidence of Obamanoid perfidy, I sure hope it sees the sunlight and is published...
Posted by Unknown at (permalink) 4:45 PM No comments:

Now this is my kind of bureaucrat!

Now this is my kind of bureaucrat!  Mike Marsh wants to shut down his very own federal bureaucracy, calling it a “human boondoggle.”  Awesome!
Posted by Unknown at (permalink) 4:37 PM No comments:

IPCC report not going over well.

IPCC report not going over well.  Anthony Watts has (as usual) a great summary of reaction from all around the world, at Watts Up With That?
Posted by Unknown at (permalink) 4:34 PM No comments:

Dogs, howling, but at what?

Dogs, howling, but at what?  A little while ago, Debbie left to go “down the hill” for some groceries and to pick up some kittens we're fostering.  About five minutes after she left, our three dogs who can still hear (Race, Miki, and Lea) started a weird, mournful howling session.  This seems to happen mostly shortly after Debbie leaves, so it's plausible that they really are mourning her absence.  The sound they make is incredible – unsynchronized, inharmonious, but clearly feeding from each other's noise.  I've never been able to capture this on video (or even just audio), but I'd sure love to...
Posted by Unknown at (permalink) 10:08 AM No comments:

Andromeda galaxy on the rocks.

Andromeda galaxy on the rocks.  APOD has a beautiful composite photo that captures nearby rocks and the distant Andromeda Galaxy in perfect focus on the same image.  Modern digital cameras and amazing image editing software make such images practical – in some cases even easy –  today.  When I started my photographic hobby back in the '60s, such things were very, very close to impossible...
Posted by Unknown at (permalink) 9:08 AM No comments:

Searched for decades, maybe they found him...or maybe not.  The FBI searched for a Soviet mole for decades...
Posted by Unknown at (permalink) 9:04 AM No comments:

“The world is a dynamic mess of jiggling things...”  Richard Feynman, one of my heroes, on rubber bands.  The man was absolutely marvelous at explaining complicated ideas in a simple manner...

Don't bother expanding this one; it's very low resolution...

Posted by Unknown at (permalink) 9:01 AM No comments:

Information wants to be free!  And if we paid for it, it damned sure ought to be.  We (U.S. taxpayers, that is) paid for NASA's Curiosity rover, tootling around up on Mars, and the science derived from that should be freely available – but it's not.  Michael Eisen takes a stand for the cause...
Posted by Unknown at (permalink) 8:58 AM No comments:

Seen on a progressive web site, one that I refuse to link to.

Security is harder than you think.  Researchers describe a technique they developed to decipher keystrokes by recording motion detected by a nearby off-the-shelf smartphone's built-in accelerometers.  If you're a programmer, that linked paper is fascinating.  The main takeaway for me is this: there are many ways for information to “leak” out of a computer system, and a determined and clever bad guy could take advantage of them.

Many years ago, when I was in the U.S. Navy, there was a program called TEMPEST that I just discovered is still in place.  The idea behind TEMPEST was to shield all the wiring and cabinets of electronic equipment that carried classified information, to prevent an adversary from exploiting the “emanations” of such equipment.  The Naval Tactical Data System (NTDS) that I worked on used a teletype machine for human interaction and logging, and this machine was enclosed in a TEMPEST cabinet.  A friend and I noticed, however, that when we had an oscilloscope nearby it, we could still see the waveforms caused by the high voltage transitions on its serial data line.  While we didn't try to exploit it, it was obvious that it could be done.  After reading this paper, it's equally obvious that the sounds it made could have been exploited, too – they were loud and quite different from character-to-character...
Posted by Unknown at (permalink) 8:52 AM No comments:

Want to know about the just-released IPCC report?  Go read Anthony Watts, at Watts Up With That?  He's hands-down the best source...
Posted by Unknown at (permalink) 8:37 AM No comments:

“Percussive maintenance”, aka “thump the damned thing until it works!”
Posted by Unknown at (permalink) 8:35 AM No comments:

A small president on the world stage.  Peggy Noonan...
Posted by Unknown at (permalink) 8:33 AM No comments:

Pararistolochia praevenosa, via Botany Photo of the Day...
Posted by Unknown at (permalink) 8:31 AM No comments:

U.S. Marines lead the way.  My mom, she sends me things:


A crusty old Marine Sergeant Major found himself at a gala event hosted by a local liberal arts college. There was no shortage of extremely young idealistic liberal ladies in attendance, one of whom approached the Sergeant Major for conversation.

"Excuse me, Sergeant Major, but you seem to be a very serious man. Is something bothering you?"

The young lady looked at his awards and decorations and said, "It looks like you have seen a lot of action."

The young lady, tiring of trying to start up a conversation, said, "You know, you should lighten up a little. Relax and enjoy yourself."

The Sergeant Major just stared at her in his serious manner. Finally the young lady said, "You know, I hope you don't take this the wrong way, but when was the last time you had sex?"

"Well, there you are. No wonder you're so serious. You really need to chill out and relax! I mean, no sex since 1955! Come with me."  She took his hand and led him to a private room where she proceeded to "relax" him several times.

Afterwards, panting for breath, she leaned against his grizzled bare chest and said, "Wow, you sure didn't forget much since 1955."

The Sergeant Major said in his serious voice, after glancing at his watch, "I hope not; it's only 2130 now."

Posted by Unknown at (permalink) 8:23 AM No comments:

Democrats and unions behaved badly?  Quelle surprise!  Detroit's mess was even worse than we thought – the idiots were giving pension money away...
Posted by Unknown at (permalink) 8:18 AM No comments:


...[one] possibility is that this procedure will dramatically control costs, at a slightly elevated risk of patient death. And that’s a tough one. Are we willing to pay billions every year to prevent a handful of deaths?

This is a key management decision in any top-down managed healthcare system, like ObamaCare or the British National Health Service.  The main way they have to control costs is by limiting what sort of services they'll pay for.  It's very easy to imagine that under ObamaCare, human anesthesiologists won't be covered for certain kinds of procedures, but the robotic anesthesiology machine would – even if the use of that machine killed (say) 10 people a year who would have survived with a human anesthesiologist.  If that decision saved $10 billion a year, the bureaucrats in charge would likely have no problem deciding that $1 billion per life “saved” was simply too expensive.  That, by the way, is exactly what Sarah Palin meant by her appellation “death panel” for these bureaucratic committees making these decisions.

What Megan misses, though, is the central moral problem with this sort of top-down decision.  It assumes that some authority knows better than any individual what is best for them.  I don't want some central authority making decisions like that – I want to make those decisions for myself.  If I was faced with this specific decision about anesthesiology, I'd inform myself about the extra cost for the human anesthesiologist, the extra risks for the robotic version, and then I'd make up my own mind.

I've actually already had something very close to this happen to me, though the outcome was distorted a bit by our current crazy system of health “insurance”.  Some years ago my dentist informed me that I needed to have my wisdom teeth removed.  This would be done by an oral surgeon, who informed me that I'd be under anesthesia for the procedure.  Now I knew that there was a small risk of irreversible brain damage (usually minor) during general anesthesia, but not under local anesthesia – so I asked if the local was a possibility.  The surprised surgeon (who had never had anyone ask him this before) said that yes, it was – but that he'd have to get a different and more expensive anesthesiologist to do it.  This was arranged without any additional expense to me, as my company's insurance plan covered the costs either way.  The surgeon told me afterwards that the local cost about $1,100 more than the general.  If that extra cost had been passed along to me, I most likely would have made the same decision – though I'm certain I'd have thought more about it :)

Anyway, my main point here is that the robotic anesthesiology decision really should be made by the patient – and the cost difference really should be borne by the patient as well.  Different patients would make different decisions – and that market would provide two very positive incentives: (1) for the human anesthesiologists to reduce their cost, and (2) for the robotic anesthesiology machines to improve their performance.  This sort of distributed decision making is the essence of “market forces”, and everybody wins when it is freely employed.  The top-down decision-making inherent in systems like ObamaCare destroys those key incentives while forcing some bureaucrat's decision down our throats...
Posted by Unknown at (permalink) 8:14 AM No comments: 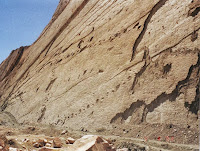