Quote of the day...  This time from Bruce Schneier, who blogged today about some astoundingly capable NSA spy systems.  The Guardian, with whom Schneier is working, published this information, which includes a bunch of NSA acronyms.  The British newspaper didn't like the capitalization in acronyms like “FOXACID” , so they changed them to capitalizations like “FoxAcid”.  About this, Schneier commented:


The NSA really should release a style guide for press organizations publishing their secrets.

Excellent!
Posted by Unknown at (permalink) 3:49 PM No comments:

Ha!
Posted by Unknown at (permalink) 3:38 PM No comments:

Anarchy is my hobby and passion... 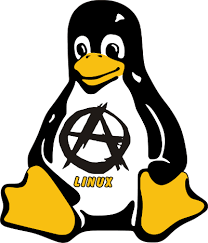 Anarchy is my hobby and passion...  When people ask me why I like to write software, I often tell them something like this: it's like an infinitely large collection of brain-teasing puzzles.  James Hague has another take on it that I think is close to the point for me as well: it's the sheer freedom of it...
Posted by Unknown at (permalink) 12:31 PM No comments:

A few hundred...  That's all the new policies the ObamaCare insurance exchanges have managed to issue, in six days of operation.  Thirty million uninsured people, all supposedly clamoring for coverage – and a measly few hundred is all they've managed to sign up.

It's almost like they're incompetent, strutting bureaucrats or something!
Posted by Unknown at (permalink) 12:26 PM No comments:

Ya learn something new every day...

Ya learn something new every day...  I love milk.  I drink a lot of it, as does Debbie.  I've long known that there are quite a few adults who can't digest lactose, and consequently can't drink milk.  I didn't know, though, that the ability for adults to digest milk is a relatively recent genetic change for humans.  Nor did I know that cultured milk products (cheese, yoghurt, etc.) were initially developed to allow lactose-intolerant adults to consume milk products – because the fermentation process pre-digests all the lactose...
Posted by Unknown at (permalink) 12:24 PM No comments:

Low information voters, learning...  You're female, 64, retired, voted for Obama (twice), and support ObamaCare.  You've just received your first health insurance bill since the policy was revised to conform to the ObamaCare mandates.  Surprise!  It's going to cost you $1,800 more each year.  What's your reaction?


Of course, I want people to have health care.  I just didn't realize I would be the one who was going to pay for it personally.

I wonder who she thought was going to pay for it?  Unless she's been in a coma for the past four years, she has no excuse for her ignorance.

You know the progressive politicians are well aware of the high correlation between low information voters and votes for them.  Do you suppose this has anything to do with their support for policies that destroy our educational system?
Posted by Unknown at (permalink) 12:11 PM No comments:

The earliest programmable “computer”?  It's an automaton, called “The Writer”.
Posted by Unknown at (permalink) 11:02 AM 1 comment:

The People vs. Winter.

The People vs. Winter.  You'll want to go full screen for this one...
Posted by Unknown at (permalink) 10:55 AM No comments:

Punitive, crude, pain-bringing...  Yup, that about sums it up.  Peggy Noonan:


The Democratic mistake is the punitive, crude, pain-bringing shutting down of things that everyone knows don’t have to be shut down—the World War II memorial, the Iwo Jima memorial, parks, landmarks, etc. All this is part of a strategic decision to cause and ratchet up pain for normal citizens. That pain, the White House thinks, will make people hate the shutdown and therefore make them hate the Republicans who summoned it.

It is a mistake.

First, everyone knows it is the federal government that’s doing it, and the chief executive officer of that government is the president. If he didn’t want it to happen he could make it not happen. Every informed voter knows why the White House is doing it. Which means every informed voter knows they are being abused by the administration in order to make them hate that administration’s political foes.

Just last night, Debbie and I were commenting about our surprise that this most recently Obamanation managed to catch so much negative attention, when any number of previous scandals, incompetence, and outrages did not.  What's the difference this time?  I think Noonan may be onto it: unlike the earlier instances, this time it has been quite evident to damn near everyone (not just those paying attention) that the Obama administration's actions are unnecessary pain being inflicted for perceived political gain.  Like Dolores Umbridge and her blood-sucking punishment quill...
Posted by Unknown at (permalink) 10:50 AM No comments:

Shutdown theater continues...  President StompyFoot keeps up the petulance emanating from the Spite House, with more unnecessary and downright stupid actions justified under the aegis of the shutdown, but obviously intended to cause pain and inconvenience to the citizenry.  A couple of the more notable: elderly people thrown out of homes they own, and the Amber Alert web site shut down while Michelle Obama's Let's Move! web site is still up and running.  Priorities, priorities!  Breitbart has a running list the worst of these governance atrocities...

Reminds me of Dolores Umbridge in the Harry Potter series...
Posted by Unknown at (permalink) 7:52 AM No comments:

Apropos of nothing at all...

Apropos of nothing at all... It just seemed appropriate for the day somehow...

I agree with the sentiment, but I'm not going to hold my breath waiting for the bureaucracy to do something sensible...
Posted by Unknown at (permalink) 7:35 AM No comments: