The sinking ship of ObamaCare.  Kathleen Parker in the Washington Post, piles on.  I'm running out of popcorn, dammit!

If you like your monster, you can keep it.  Rick Wilson is feeling the power:


Republicans should let the creature rage. Strategic patience takes discipline, because the natural instinct is to stop the monster from tearing down the village. I know you're repulsed by the idea of doing nothing. You feel for the millions of Americans losing their coverage. You want to do something, anything to put points on the board. Most of all, you all want repeal. You sense that it's close.

But I want something else, and so should you. I'd like repeal served in the ruins of the Obama Administration and the Democrats' 2014 hopes. I'd like the Democrats and the media to be stuck talking about this disaster for a year, instead of being able to move on to immigration or ENDA or whatever is bugging Sandra Fluke this week.

Little Miss Out-of-touch.  I speak of the Pelosi, of course.

It begins.  Democratic politicians are feeling the heat, and are hitting the panic button.  Senator Kay Hagan (D, North Carolina) has big problems.  She's dropping in the polls like a GBU-43/B out of a C-130.  Dana Milbank knows why:

The great prevaricator.  Paul Rahe, writing at Ricochet, has a cheery conclusion:

What's this feeling I have?  Could it be ... hope?  That feels a little dangerous.  But Richard Fernandez at The Belmont Club is having similar thoughts.  Neo-Neocon, too, though with a bit less optimism.  Must calm down...

If schadenfreude had calories, I'd weight 300 pounds.  Hah!


Posted by Unknown at (permalink) 9:34 AM No comments:

Put a smile on your face!

Put a smile on your face!  Visit PowerLine and check out their collection of Obama posters ... like the little sample at right.  But don't make the same mistake I did – put down your drink, swallow, and sit firmly in your chair before clicking through...
Posted by Unknown at (permalink) 9:05 AM No comments:

Damn, dude...  I never heard of this guy before, but I'm told he's something of a celebrity.  My jaw was on the floor after watching this ad.  The truck were pretty impressive, too...

ObamaCare debacle update...  The multiple eruptions of disaster-soaked news this past week seem to be settling into the enfeebled minds of our political class.  It will be most interesting to see what emerges as the disasters percolate through those porous cranial cavities...

Obama's creative, or illegal, rule-making.  Megan McArdle finds a few problems with The One's assumptions of executive privilege.  I love the smell of imminent lawsuits in the morning!

Thus spake Obama.  Mark Steyn wades in, and once again makes me wish that American journalistic culture could give us a whole crop of wits like him:


On Thursday, he passed a new law at a press conference. George III never did that. But, having ordered America’s insurance companies to comply with Obamacare, the president announced that he is now ordering them not to comply with Obamacare. The legislative branch (as it’s still quaintly known) passed a law purporting to grandfather your existing health plan. The regulatory bureaucracy then interpreted the law so as to un-grandfather your health plan. So His Most Excellent Majesty has commanded that your health plan be de-un-grandfathered. That seems likely to work. The insurance industry had three years to prepare for the introduction of Obamacare. Now the King has given them six weeks to de-introduce Obamacare.


Obama's stumbling, bumbling, fumbling news conference.  David Harsanyi was even less impressed than I was.  His conclusion:


Finally, near the end of the news conference, the president made an interesting claim: Obamacare was really a choice driven by an incentive for stability, not disruption. "We chose a path that was the least disruptive," he said. Though pollsters rarely measure the importance of "stability" in American life, I think it's probably one of the most vital factors driving hostility toward Obamacare from independents and moderates. Everything about Obamacare implementation has created the perception of anarchy -- the arbitrary implementation of laws, people losing the plans they have, the way it was passed and the problems it has caused in Washington -- and this news conference only reinforced that perception.

39 Democrats defy Obama.  Democrat support of ObamaCare has been of crystalline purity for over three years.  A defection like this was unthinkable just a couple of weeks ago ... and it could well be just the beginnings of a stampede.  Oh, pass the popcorn, will ya?

Will tomorrow's medical innovations be there?  Dr. Paul Hsieh is worried.  So am I, because I can't think of a single government services organization that is any good at driving innovation.  Post Office?  Uh, no.  DMV?  Hell, no.  How about Medicare?  Not so much.  But, the proponents say, DARPA brought us the Internet!  Well, that's not really a good example - DARPA isn't a services organization, and it doesn't have a huge bureaucracy dedicated to keeping the status quo.  Services organizations grow such bureaucracies intrinsically, and government bureaucracies end up running the joint (unlike private industry, where the shareholders always retain control)...
Posted by Unknown at (permalink) 7:31 AM No comments:


Now here's an unusual hobby!  Evan Booth's hobby (or perhaps, his obsession) starts with this question:


Can common items sold in airports after the security screening be used to build lethal weapons?

The answer, it turns out, is most emphatically “yes”.  And Booth has the YouTube videos to prove it, like the one at right.

It's a little weird, perhaps, but it is an effective demonstration of the essential pointlessness of the TSA “security theater” style airport security...
Posted by Unknown at (permalink) 7:10 AM No comments:

Stratocaching...  I never heard of this before, which really isn't surprising as they have basically just invented this game, or sport, or insanity.  I'm not at all sure how to categorize it :)
Posted by Unknown at (permalink) 6:59 AM No comments:

Odds Lot: Statisticians Party Like It's 2.013 x 10 Cubed...  That's a headline in the Wall Street Journal, on today's front page no less.  It's an interesting piece, too – basically saying that statisticians are more in demand now than ever, and that public awareness of statistics is growing...
Posted by Unknown at (permalink) 6:55 AM No comments: 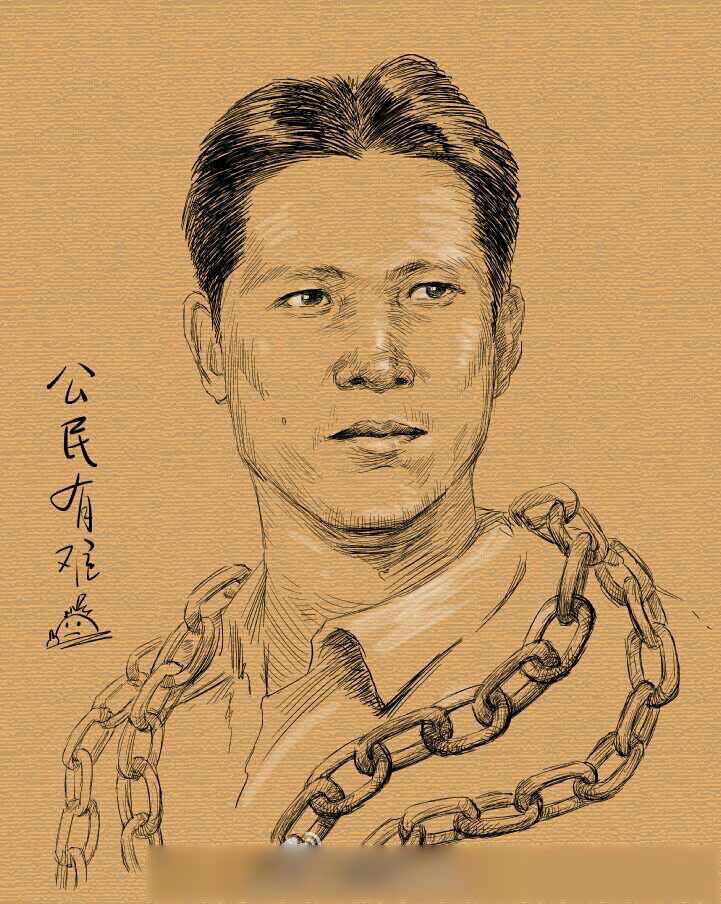 Web image censorship in China...  Pro Publica has put together an interactive graphic showing the kinds of images that get deleted by Chinese web sensors, and many examples of the specific deleted images (like the one at right).  The backstory is just as interesting.

Kudos to the folks at Pro Publica for shining a light on this affront to freedom...
Posted by Unknown at (permalink) 6:50 AM No comments:

How I felt after reading all the ObamaCare news yesterday...

How I felt after reading all the ObamaCare news yesterday...  And I'm still feeling pretty darned good!
Posted by Unknown at (permalink) 6:39 AM No comments: 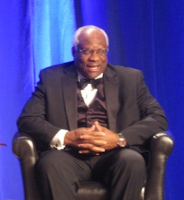 Justice Clarence Thomas...  He's my favorite Supreme Court Justice, and here's an “off-duty”  peek at him.  My introduction to the man was through reading Supreme Court rulings – he and one other Justice (Scalia) have a writing style that I find quite accessible.  Roberts' writing isn't too bad, either – but some of the others might as well be writing in encrypted Thai, translated into English.

I've since read Thomas' book My Grandfather's Son, which I thoroughly enjoyed and highly recommend...
Posted by Unknown at (permalink) 6:37 AM No comments:

Cat meets theremin...  The results are inconclusive, but amusing.  If you're not familiar with theremins, here's an explanation.

I built a primitive theremin as one of my earliest electronics projects, back in the mid-'60s.  I don't remember much about it, other than it used vacuum tubes for the oscillators and amplifiers.  I do remember it's fate, however: while I was using it, perhaps 10 minutes after completing it and being delighted to find that it worked, an electrolytic capacitor suddenly swelled up and split open.  It emitted a cloud of nasty-smelling smoke and a little blue flame.  That theremin never worked again :)
Posted by Unknown at (permalink) 5:23 AM No comments:

Coming home from the ISS...

Coming home from the ISS...  The 20 minute video at right is a mini-documentary about how astronauts on the ISS return to Earth.  It's narrated by astronauts who have actually done it, and it's chock-a-block full of actual mission footage and well-done animations.  Highly recommended, and you'll want to go full-screen for it...
Posted by Unknown at (permalink) 5:15 AM No comments:

Climate science is settled?  Ronald Bailey takes a look at just how unsettled the science appears to be, in a post full of links to recent developments.  Good stuff...
Posted by Unknown at (permalink) 5:10 AM No comments:

On the meaning of language...

On the meaning of language...  Jeff Goldstein, writing at Protein Wisdom, has a ponder-worthy post about the importance of understanding an author's intentions when analyzing a piece of writing – and most especially, when judges are analyzing laws.  It's a long post, but written in a way that anyone can understand – and full of interesting ideas and views...
Posted by Unknown at (permalink) 5:08 AM No comments:

Geek determination...  I was down at the Jamul Post Office yesterday, picking up a package, and overheard this:


Irritated mom: “What is a geek, anyway?  How do you know if someone's a geek?”

Calm mom: “If they think Dilbert is funny, they’re a geek.”

I'm definitely a geek!
Posted by Unknown at (permalink) 4:57 AM No comments: