The full speech by Dr. King:


We've made a lot of progress, but we haven't quite yet realized his dream...
Posted by Unknown at (permalink) 5:58 AM No comments:


To realize
the value of a sister/brother
ask someone
who doesn't have one.

To realize
the value of ten years:
ask a newly
divorced couple.

To realize
the value of four years:
ask a graduate.

To realize
the value of one year:
ask a student who
has failed a final exam.

To realize
the value of nine months:
ask a mother who gave birth to a stillborn.

To realize
the value of one month:
ask a mother
who has given birth to a premature baby..

To realize
the value of one minute:
ask a person
who has missed the train, bus or plane.

To realize
the value of one-second:
ask a person
who has survived an accident.

Time waits for no one.
treasure every moment you have.

You will treasure it even more when
you can share it with someone special.

To realize the value of a friend or family member:
LOSE ONE.

Posted by Unknown at (permalink) 5:55 AM No comments: 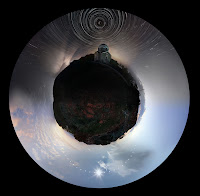 From APOD, of course.  Awesome on several levels, including the technical photography and digital editing...
Posted by Unknown at (permalink) 4:44 AM No comments:


I do not want civil discourse

For a decade, from the election of Bush 43 forward, the Left has lied and cheated as it tried to return to power. Al Gore made a mockery out of the American electoral system by being a spoilsport over Florida, which Bush indeed won by 537 votes. Dan Rather forged a document to try to derail Bush’s re-election. Twice Democrats stole U.S. senators from the Republicans. After voting to support the war to get by the 2002 election, many Democrats quickly soured on the war. The profane protests were cheered by liberals who misattributed “dissent is the highest form of patriotism”to Thomas Jefferson; the words belong to the late historian Howard Zinn.

Once in power, liberals were the opposite of gracious.

For two years now, I have been called ignorant, racist, angry and violent by the left. The very foul-mouthed protesters of Bush dare to now label my words as “hate speech.”

Last week, the left quickly blamed the right for the national tragedy of a shooting spree by a madman who never watched Fox News, never listened to Rush Limbaugh and likely did not know who Sarah Palin is.

Fortunately, the American public rejected out of hand that idiotic notion that the right was responsible.

Rather than apologize, the left wants to change the tone of the political debate.

What he said.  Squared.  Read the rest of his excellent post...
Posted by Unknown at (permalink) 4:40 AM No comments:

I remember the one at right (click to enlarge), as I had a business manufacturing computer systems at the time, and these folks were selling the same hard disk that I was – but for about half my price!

If you work out the numbers, these folks were selling a hard disk at $350/mb, and I was selling them at $500/mb – and both prices were an order of magnitude less than the cost of disks just a few years prior.  I remember thinking that we had to be approaching some sort of price asymptote; it couldn't possibly go down any lower!  And now, about 30 years later, what do disks cost?  Roughly $0.0001/mb, or about five millionths of what they used to cost.  Is there anything else that has declined as much in cost as computer hardware?  If so, I can't think what it is...

More ads at the link.
Posted by Unknown at (permalink) 4:35 AM No comments: