Paradise ponders, vacuum-sealed edition...  Well, yesterday we said goodbye (for now) to our friends Jimmy and Michelle.  In the morning we drove them down to the Salt Lake City airport, dropping Debbie off in Ogden along the way for her hair appointment.  That's another one of those mind-boggling things that I'll never understand – every few weeks she drives an hour each way to see one particular hair dresser in Ogden.  For me, it's every six months or so driving about 15 minutes – and I don't like spending that much time and effort on it!

Our friends were off without incident, though we heard later that their flight's leaving was delayed because they had to wait while a first class passenger was removed.  No word on why that happened, and I could find nothing in the news. 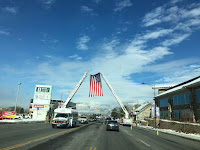 On my drive from the airport back to Ogden (to get Debbie from the hair dresser), I drove through the eastern part of Ogden and right under the scene at right.  This was one of several erected by the Ogden Fire Department, and we saw similar things (along with hundreds and hundreds of American flags) in Brigham City as we drove through it.  All of this is in tribute to the recently killed Utah Highway Patrol Trooper Eric Ellsworth, whose funeral and procession was yesterday.  There were photos, flowers, and people everywhere you looked in Brigham City (Ellsworth's home town).

We finally got home at around 4 pm, much to the relief of our dogs. :)  Shortly after we got home, our UPS driver showed up with a huge pile of boxes for us and a very concerned face.  He was worried that he'd wrecked our new tile in the mud room when he delivered a box the day before – he stepped into the room before putting the package down, and only then noticed that there was no grout yet.  He thought the tile had just been laid, and that he had wrecked it.  In fact the tile had been down for almost a week, and the tile installers were just late to finish the job.  He was greatly relieved! 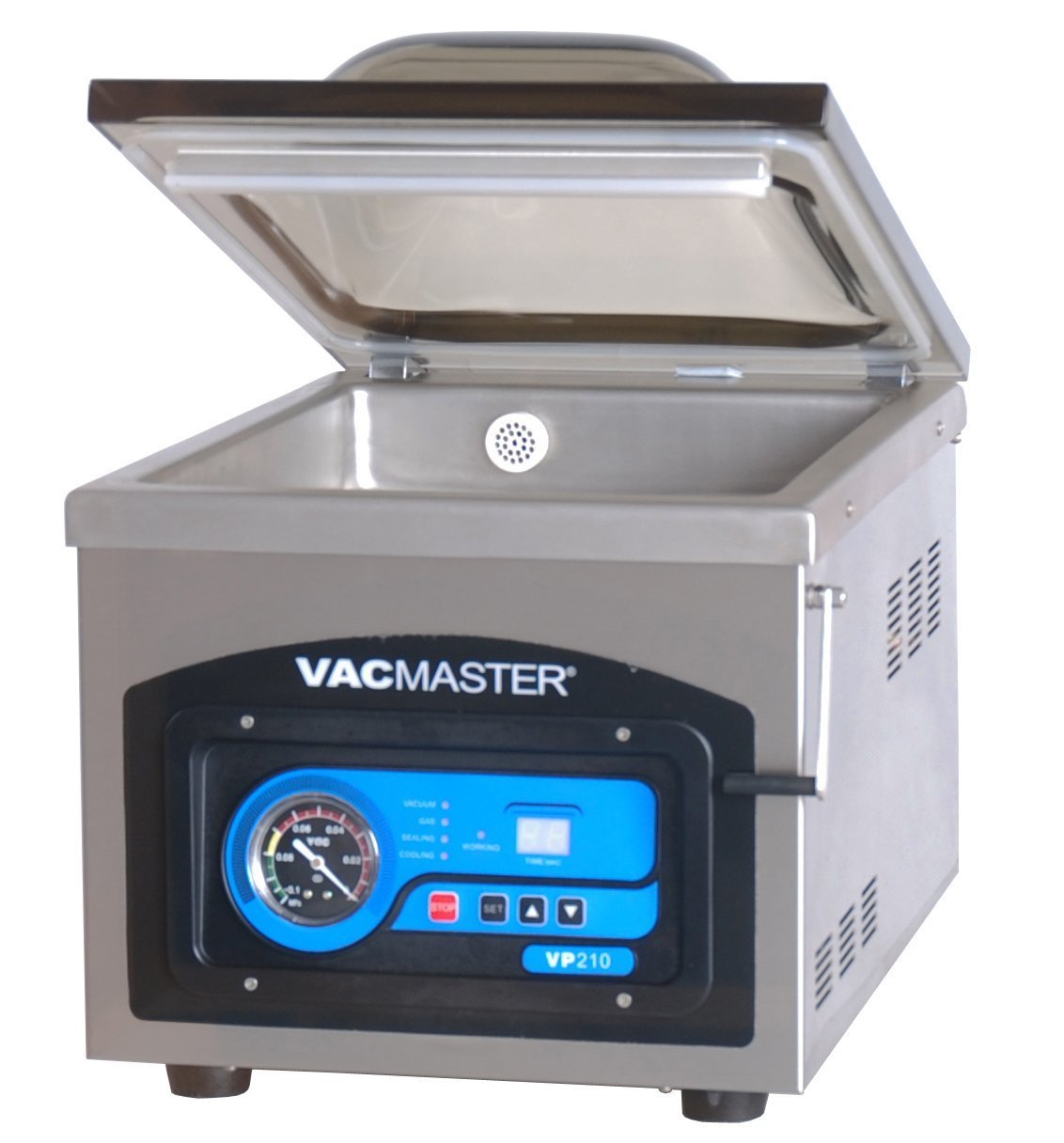 Among the packages he delivered for us was a large, heavy one containing our new vacuum sealer (for food).  Debbie's been wanting a vacuum sealer for a long time, as it's a good way for her to make food in large batches (which she's apparently genetically programmed to do) and then divvy it up into single portion bags for freezing.  Our go-to method has been either Cambro boxes or zipper bags, but both of them are imperfect and in particular leave air in the food (which allows freezer burn).  I did a bunch of research into these vacuum sealers, as we have absolutely zero experience with them.  Since perhaps half of what Debbie makes is liquid (stews, soups, and chili), the chamber type of sealer looked like the right way to go.  We unpacked this thing with much anticipation, and a bit of trepidation as well – after reading all the reviews of this thing, it looked like it might be tricky to set up and get working correctly.  All I can say is that there must be some mighty picky people out there.  This was about as difficult as making toast.  The very first attempt we made was completely successful, as were the next dozen or so as we started packing up the Thanksgiving leftovers still in our refrigerator.  Debbie was all smiles as she sealed bag after bag.  We both liked the sound effects and automatic pop-up at the end of the cycle.  We're also wondering why the heck we waited so long to get one!  This is going to have a noticeable impact on our life...
Posted by Unknown at (permalink) 5:06 AM