Construction progress...  The concrete guys showed up, a bit later than we expected, but they're here and hard at work.  They're building forms for the sun room and the mud room, plus a small pad to put our air conditioner compressor on.  Debbie called me a little while ago to tell me that an enormous truck had arrived – I think she was afraid I'd purchased something truly ginormous :)  The big truck is a crane truck carrying enough forms for 10 projects the size of ours.  I think they just drove it over from some nearby job.  Some photos: 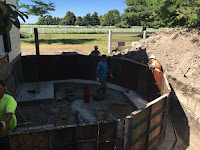 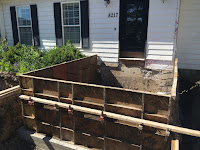 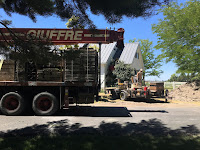 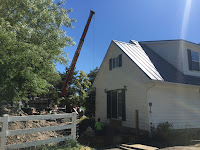 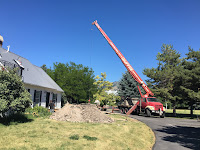 That crane looks like it would be fun to play with.  I don't think they'd let me, though :)

The current plan is to pour concrete tomorrow, for all three sub-projects.  That should be exciting!

Posted by Unknown at (permalink) 3:58 PM