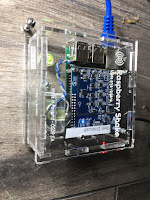 Paradise ponders: photo catch-up edition...  I mentioned my new Raspberry Shake earlier today.  That's a photo of it at right.  Something I didn't mention is that the Kickstarter project for it was done by a Panamanian team; all the design and construction was done there as well.  You can see that it says “Made in Panama” (in English!) on the case.  This is a great example of something the Internet is amazingly good at: connecting people with similar interests, no matter where they are in the world.  It's so different than 25 or 30 years ago, and even more different than when I was a kid.  In the '80s, for example, I'd say the chances of me connecting with a similar project would be approximately zero... 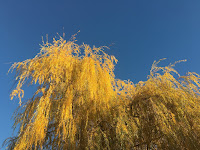 A couple days ago I caught the scene at left: our biggest willow, yellow with fall color, against a beautiful blue sky.  For some reason, our willow turned yellow a good week before the other willows around us (and there are a lot of them!).  I have no idea why that should be.

That same evening, I was playing with our dogs just before the sun disappeared.  Our three younger field spaniels (Mako, Cabo, and Ipo) were having a fantastic time tussling with each other at 90 MPH.  Race did his usual trick of bringing a stick for me to throw, laying it on the ground in front of me, and then just looking at me until I threw it.  All the photos below are from that session: 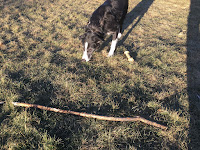 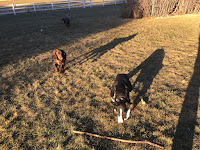 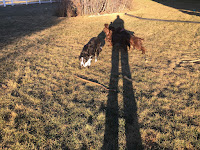 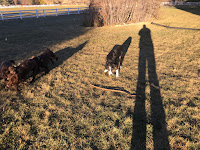 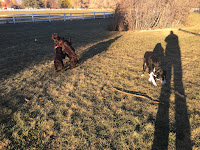 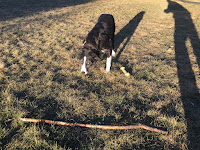 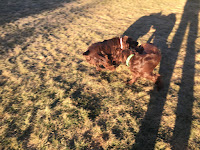 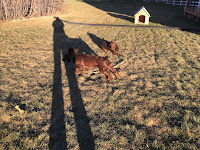 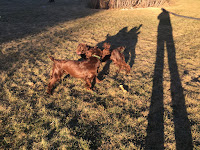 Posted by Unknown at (permalink) 1:53 PM