A Sowell scare...  Yesterday while browsing the news, I saw a headline that said goodbye to Dr. Thomas Sowell – and I thought 2016 had gotten even more awful than it already was.  But no, it was simply the news that Dr. Sowell had announced his retirement – at the age of 86.

While I've never met Dr. Sowell, he has played an outsize role in my political and economic education.  His gentle, concise, precise, and humorously stated wisdom led me to insights and understanding more than the vast majority of experts and educators.  His writings, including his many books, have been an inspiration to me and many others.  Much of his work is online, including many video clips and longer interviews. 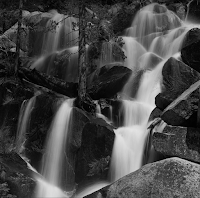 One thing I was delighted to read in his announcement is that he intends to devote more time to his photography.  Many of these are of natural subjects, and are reminiscent of the work of the great Ansel Adams.  His subject matter is very varied, though.  If you're interested in photography or art, you'll be rewarded by spending some time in his published photos.

He's also going to be updating his web site, though I'm not entirely sure what that means.

I'm relieved to hear that Dr. Sowell is still with us, and I hope he still has many years left in which to enjoy a relaxing retirement...
Posted by Unknown at (permalink) 6:41 AM